As a community builder and partner in public service, Stockton is committed to the development of southern New Jersey through scholarship and creative activity, civic engagement and active stewardship.

These efforts are supported by a variety of entities, including the Stockton Center for Community Engagement, the Office of Service-Learning, Stockton Center on Successful Aging, the Lloyd D. Levenson Institute of Gaming, Hospitality & Tourism and the William J. Hughes Center for Public Policy.

Fannie Lou Hamer’s work as a voting and civil rights activist brought her from her home state of Mississippi to Atlantic City in 1964 where she galvanized the nation with her speech at the Democratic National Convention, talking about the beatings she had endured in her fight for the right to vote, and famously noting she was “sick and tired of being sick and tired.”

Hamer’s connection with Stockton began 15 years ago, when then N.J. Secretary of State Regina Thomas proposed an event at Stockton recognizing her work. Stockton Distinguished Professor of Social Work and Africana Studies Patricia Reid-Merritt said for the first two years the state subsidized the cost of the annual Fannie Lou Hamer Human and Civil Rights Symposium, but when the state funding stopped, Stockton continued the event.

“Stockton stepped up to the plate,” said Reid-Merritt who later also served on a committee to raise funds for a statue of Hamer in her hometown of Ruleville, Mississippi. That statue recognizes Stockton’s contributions.

“Stockton has played a role in preserving her legacy,” Reid-Merritt said.

Hamer’s granddaughter, Jacqueline Hamer Flakes, sent a video message thanking the University. The video was made by Joe Davenport, who is making a documentary on Hamer and attended the 2017 symposium at Stockton.

“My mother would have loved to be there for this occasion,” Flakes said. “She didn’t have the opportunity to get an education afforded to young people these days.”

A large wall plaque with Hamer’s photo from the convention and her story hang outside the Event Room.

Professor of Communication and Africana Studies Donnetrice Allison, who moderated the event and organizes the annual Hamer symposium, said the naming will allow many who had never heard of Hamer to learn more about her crucial role in the civil rights movement.

“We are doing what no other university is doing,” she said. “We are very proud of that.”

From a virtual trip to an offshore wind turbine, to an example of how oysters grow, visitors to Stockton University’s first Coast Day at the Stockton University Atlantic City Academic Center got both a bird’s eye and a fish eye view of science along the Jersey Shore.

“We wanted to plant a seed this year,” said Susanne Moskalski, associate professor of Marine Science, who coordinated the family event, which is modeled after her alma mater, the University of Delaware’s Coast Day. “We hope to get bigger each year.”

In December 2018, the ocean uncovered hidden history. What remains of an old wooden ship is now visibly resting on the beach at Stone Harbor Point in the intertidal zone. As the ocean recedes, sturdy oak timbers forming the ship’s ribs jut out from the sand until they are covered again by the high tide.

Stephen Nagiewicz, a marine archaeologist who teaches underwater science and exploration at Stockton, explained what he observed at the now-visible shipwreck and the scientific detective work that goes into telling a ship’s story long after its days of working on the water. 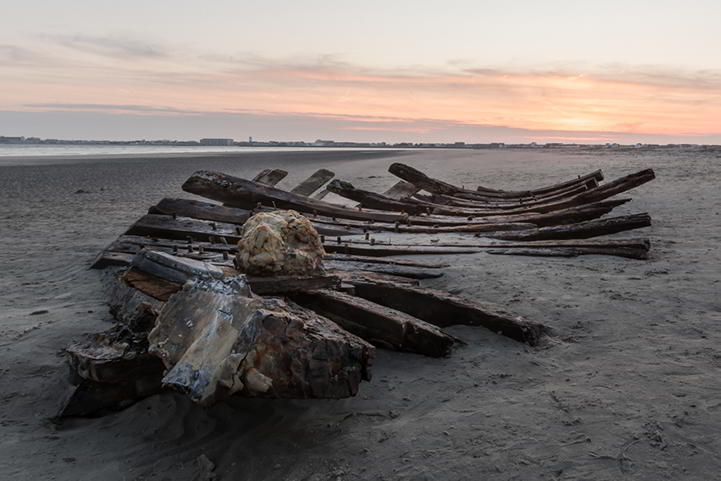 This photo shows the copper sheathing used to protect the ship's hull from wood-boring animals and worms.

An attempt to confirm the wreck’s identity would require an archaeological group to claim ownership of the remains and take them apart to study the intricacies of the frame work and unique structural design. “It could be a jolly boat from a sailing ship, a whaling boat, a lifeboat from one of the nearby lifesaving stations or a piece of a much larger vessel like the D.H. Ingraham,” he said.

Learn more about this shipwreck by viewing our photo story.

This is the third year in a row that Stockton has received the award. The Tech Trek summer camp for middle school girls at Stockton also earned a “2018 Inspiring Programs in STEM Award” from INSIGHT Into Diversity.

Stockton University’s inaugural Humanitarian Fair brought Stockton students and area high school students together to learn about social issues both at home and across the world.

“We want to create dialogue for people who belong in different identity groups as well as create advocacy work to end genocides,” said David Estrin about his organization, Together We Remember.

As a grandson of four Holocaust survivors, Estrin has made it his life’s mission to remember and recognize victims of genocide and atrocities through the power of social media.

The program began with a conversation among adjunct professors Mary Johnson, Patricia Chappine and Sarah Albertson about how students could get more involved with local and global issues.

The Humanitarian Fair was sponsored by the Sara and Sam Schoffer Holocaust Resource Center, the William J. Hughes Center for Public Policy and the School of General Studies at Stockton. 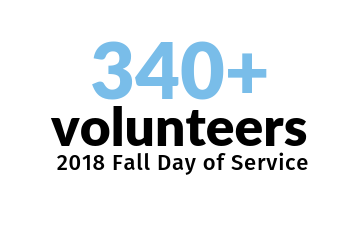 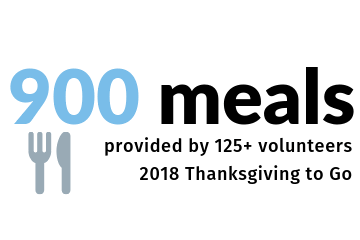 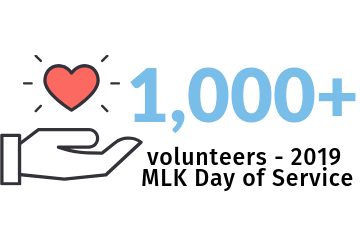 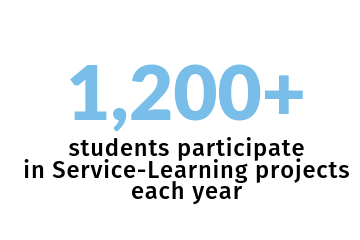 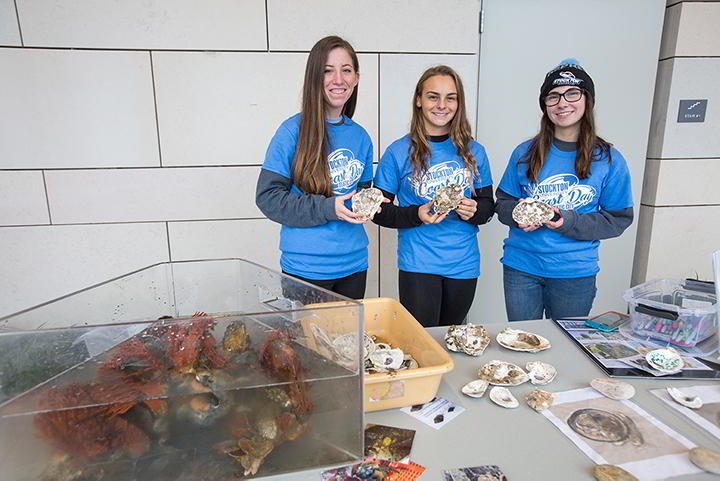 Student volunteers at Stockton's first Coast Day display some of the shells that were used for hands-on learning. The event let participants see and feel a variety of coastal life and materials. 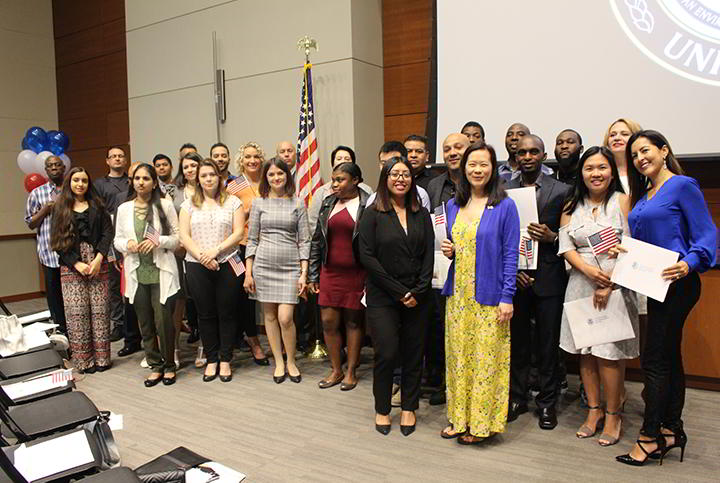 Twenty-eight people from 20 countries, including two Stockton students, received United States citizenship at the third Naturalization Ceremony hosted by the Stockton Center for Community Engagement on May 8, 2019. 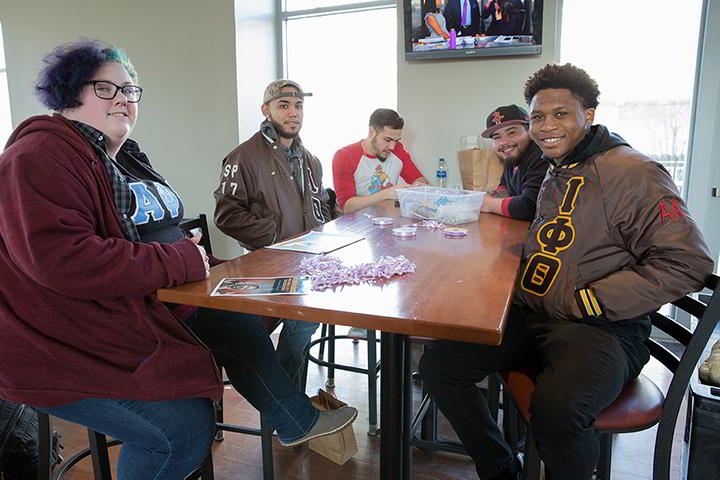