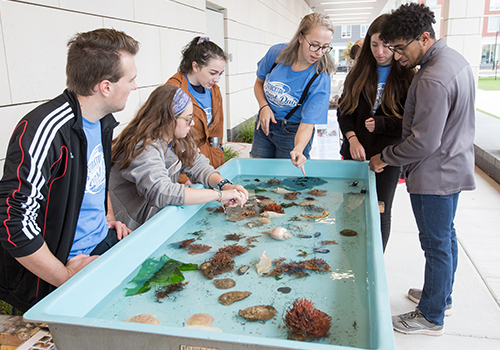 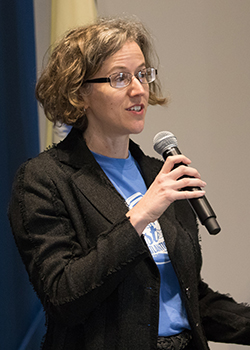 “We wanted to plant a seed this year,” said Susanne Moskalski, associate professor of marine science, who coordinated the family event, which is modeled after her alma mater, the University of Delaware’s Coast Day. “We hope to get bigger each year.” 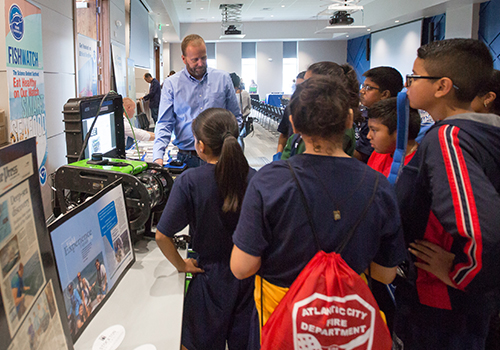 Ocean Wind offered a popular virtual tour to the top of an offshore wind turbine.

Outside the Campus Center marine biology major Heather Bariso used a wave simulation machine to explain how waves cause erosion. There was a touch tank, and a display of how oysters are being grown to restore the Southern Barnegat watershed.

Matt Talavera, a Stockton graduate who now works for the Atlantic City Police Department brought students from the Police Explorer Post to the event.

“They really loved this,” he said.

Moskalski said this year’s exhibitors were all invited, but she is hoping next year to have an application process and possibly add vendors.

View a gallery of photos from the event  on flickr.