Stockton University's Manahawkin location has provided a series of undergraduate and graduate classes since it opened in 2012.

Manahawkin, N.J. — It didn’t take long for Stockton University to have a direct impact on the southern Ocean County community when its Manahawkin location opened 10 years ago.

Just a few weeks after opening its doors at 712 East Bay Ave. in 2012, the instructional site faced its first major challenge to “meet students where they live” — Superstorm Sandy. 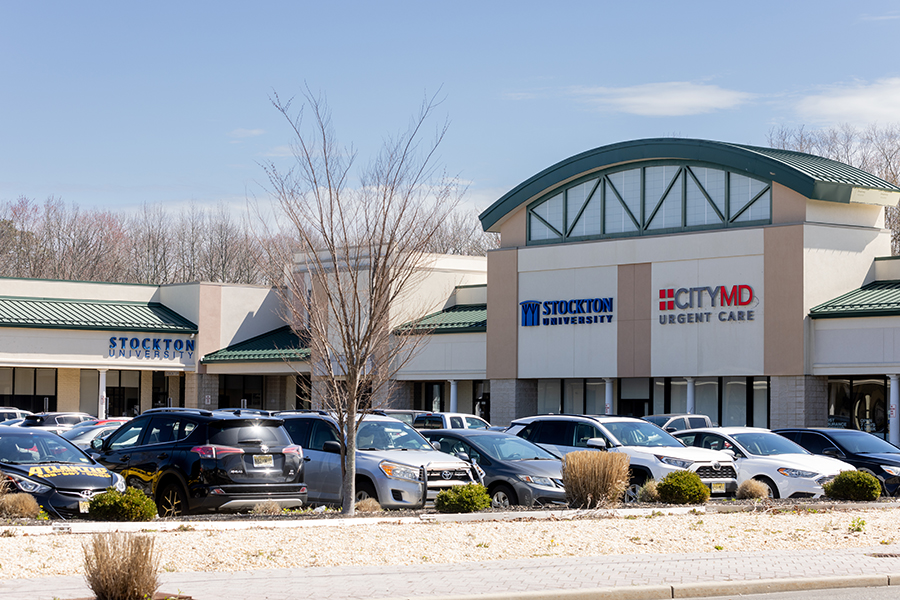 “We really hit the ground running because Sandy took us all by surprise,” said Michele Collins-Davies, the director of Stockton University at Manahawkin.

The storm devasted Long Beach Island and the surrounding communities on the mainland, and Stockton became a source of hope and support for many residents.

“Having Stockton here as a trusted resource that people knew was huge,” said Lori Pepenella, CEO of the Southern Ocean County Chamber of Commerce.

The chamber’s offices were damaged by the storm, along with many homes and businesses, she said. Internet and other methods of communication were spotty and residents looked for any information they could get about assistance to rebuild. 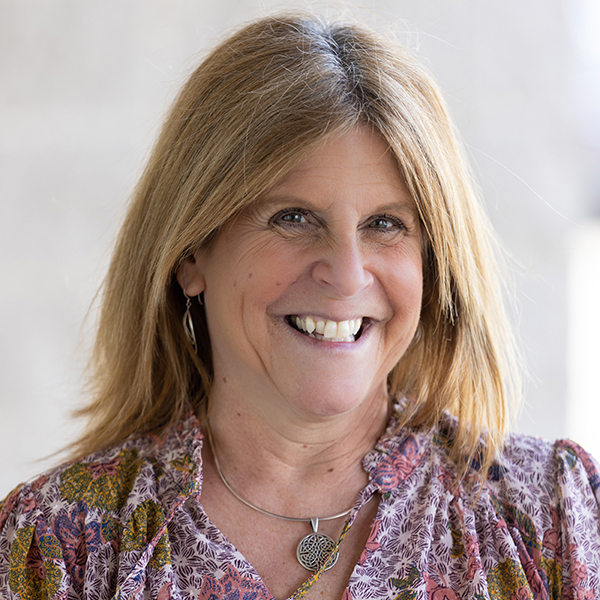 “We had very few places that we could really work with at the time,” Pepenella said. “Thank God, Stockton was here because if they were only in Galloway they would have been out of range for us.”

The chamber worked very closely with Collins-Davies to become a place for residents to rely on, whether it was to use a computer, find out what grants might be available to rebuild, make a phone call, or pick up some canned food, clothing and supplies.

“When we got information, we made sure that Stockton had it, would print it out, would post it, would share it on social media and email lists,” Pepenella said.

And through those difficult months after the storm, Stockton created a bond with southern Ocean County residents that is still growing today.

“We have provided a much-needed presence in the area,” Collins-Davies said. “We have offered a lot of community engagement. We have done really well at offering programs and inviting the community in to learn.”

We are inviting them to come in, get a taste of our faculty and facility, and we are providing ongoing education and life-long learning. The adult population loves us being here. They seek out what we are doing next.”

Many of those programs are through the Stockton Center for Successful Aging (SCOSA) and the Stockton Institute for Lifelong Learning (SILL). Over the last 10 years, SCOSA has offered courses appealing to the area’s significant senior citizen population, including Chair Yoga, Knitting and Crocheting and Adult Tap Dancing. SILL has offered four-week classes on the history of baseball and the Civil War.

“We are inviting them to come in, get a taste of our faculty and facility, and we are providing ongoing education and life-long learning,” Collins-Davies said. “The adult population loves us being here. They seek out what we are doing next.”

Manahawkin has also offered several undergraduate and graduate classes, Collins-Davies said. Early on, the location hosted science, business and communication disorders classes, and in the 2022-23 academic year it’s offering Introduction to Health Sciences and science classes, such as Animal Behavior and Science of Forecasting Waves.

For student Lauren Towlen, the Manahawkin location has always been a place to get out of the classroom.

“Manahawkin is very involved in getting yourself outside, whether it’s a field trip or service learning or community involvement,” said the Barnegat resident who graduated from Stockton in 2022 with an undergraduate degree in Hospitality, Tourism and Event Management and is now working on her Master of Business Administration at the university. 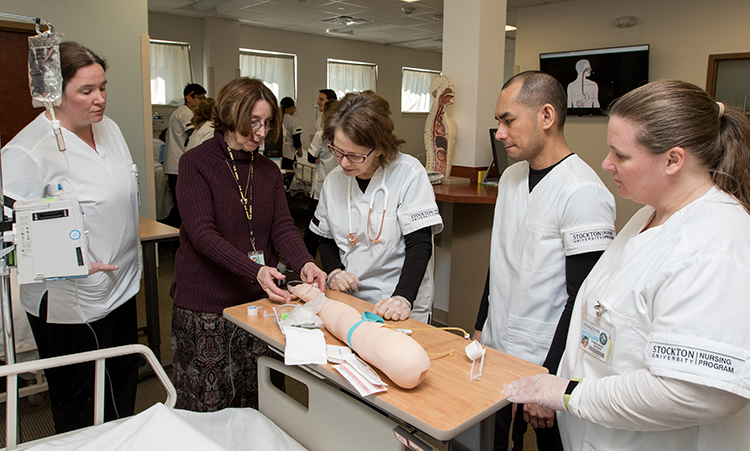 The biggest undergraduate program with its home at the Manahawkin location is Stockton’s Accelerated Bachelor of Science in Nursing program, where in 15 months students who already have a bachelor’s degree can get an additional bachelor’s degree in nursing. The program currently has three cohorts of students in the program with 40 completing the program this fall, 20 that started in January of 2022 and another 30 who began in September.

For Dan Cort, 28, of Egg Harbor City, the program offered some big advantages for him.

“It enabled me to start making money sooner, to start my family sooner. It just made the most sense for my future,” said Cort, who will start a job as an intensive care nurse at AtlantiCare after he graduates from the program this fall.

Cort said the way the Manahawkin campus is organized with the courses held in a former location for Rothman Orthopaedic Institute promotes more of a “holistic environment” where students are encouraged to collaborate almost like “one big happy family.” Stockton added the former Rothman site in 2018, more than tripling its footprint in southern Ocean County and allowing the school to offer more nursing options.

“Everyone here is very goal oriented. I would confidently say that everyone here fights really hard to get this,” he said. “It helps each other because when one starts to fall back a little bit, I think a lot of us try to pick each other up.”

Andrew Kelly is also graduating from the accelerated nursing program in the fall, and for the Bayville resident being able to take classes in Manahawkin was crucial.

“It’s definitely a good experience. It’s fast and intense, but once you get in a rhythm, it’s really not that bad. It goes quick, and I’m really happy that I did it,” said Kelly, who has done clinical work through the program at Shore Medical Center in Somers Point and AtlantiCare Regional Medical Center in Atlantic City.

“Plus, it makes it a lot more accessible to a lot more people that live in this area — people in Monmouth and Ocean counties.”

Not only does Stockton’s Manahawkin location go a long way toward filling a higher education void in southern Ocean County, but the nursing program fits with the community as well.

“Stockton is the only four-year university presence here,” Pepenella said. “With the nursing program, it fits in with what we need here because we do have a lot of retirement areas. People come here and choose this area to have access to good health care.

“We are noted not only as a place where you can live, but also educate yourself.”