Galloway, N.J. - A hazy sky masked the intensity of the sun making it resemble the moon.

Smoke from the wildfires in California and Oregon has traveled thousands of miles in the jet stream air currents and has arrived on the east coast.

"The fires are consuming a vast amount of fuel, converting it to gases, smoke and char. A portion of this smoke is rising high into the atmosphere where it's being swept up by the jet stream. These fires are producing so much smoke that some of what's reaching the jet stream is actually making it to the east coast," explained Matt Olson, assistant professor of Environmental Science.

The state of New Jersey and much of the East Coast fall within an orange blob denoting medium smoke coverage on the National Oceanic and Atmospheric Administration's mapping system. The entire blob is larger than the United States.

"The current fires are anything but normal, and they are clearly tied to climate change," said Patrick Hossay, professor of Sustainability.

Hossay, who worked as a smoke jumper in California as a young man, also believes they will continue in the future if action isn't taken.

"Climate change doesn't solve itself. We have to come up with the solution or the effects will continue to worsen," he said. 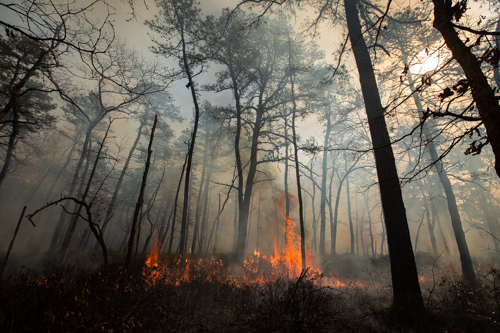 A recent prescribed burn on campus.

The record-breaking number and size of this year's western fires is not by chance, but rather "a confluence of factors that unfortunately is becoming more common in the U.S. and other parts of the world," Olson said.

"The unprecedented scale and voracity of these fires is related to multiple factors including a vast and thick blanket of dry fuel, prolonged drought, high temperatures, strong winds and plenty of ignition sources," he explained.

The volume of smoke is coming from the long absence of fire that would normally reduce excess fuel. Active forest management uses prescribed burning and the removal of the unhealthiest trees, known as thinning, to prevent catastrophic fire events.

"Many of the western forests have gone many years without burning, and this has allowed for fuels to accumulate to historically high levels. Drought and intense competition among trees have increased tree stress and mortality, which in turn has added more fuel to the system," said Olson.

We are seeing the effects of "a legacy of dense forest conditions--too many trees in the woods--that developed because we have effectively attacked and suppressed wildfires for so long," said Olson. 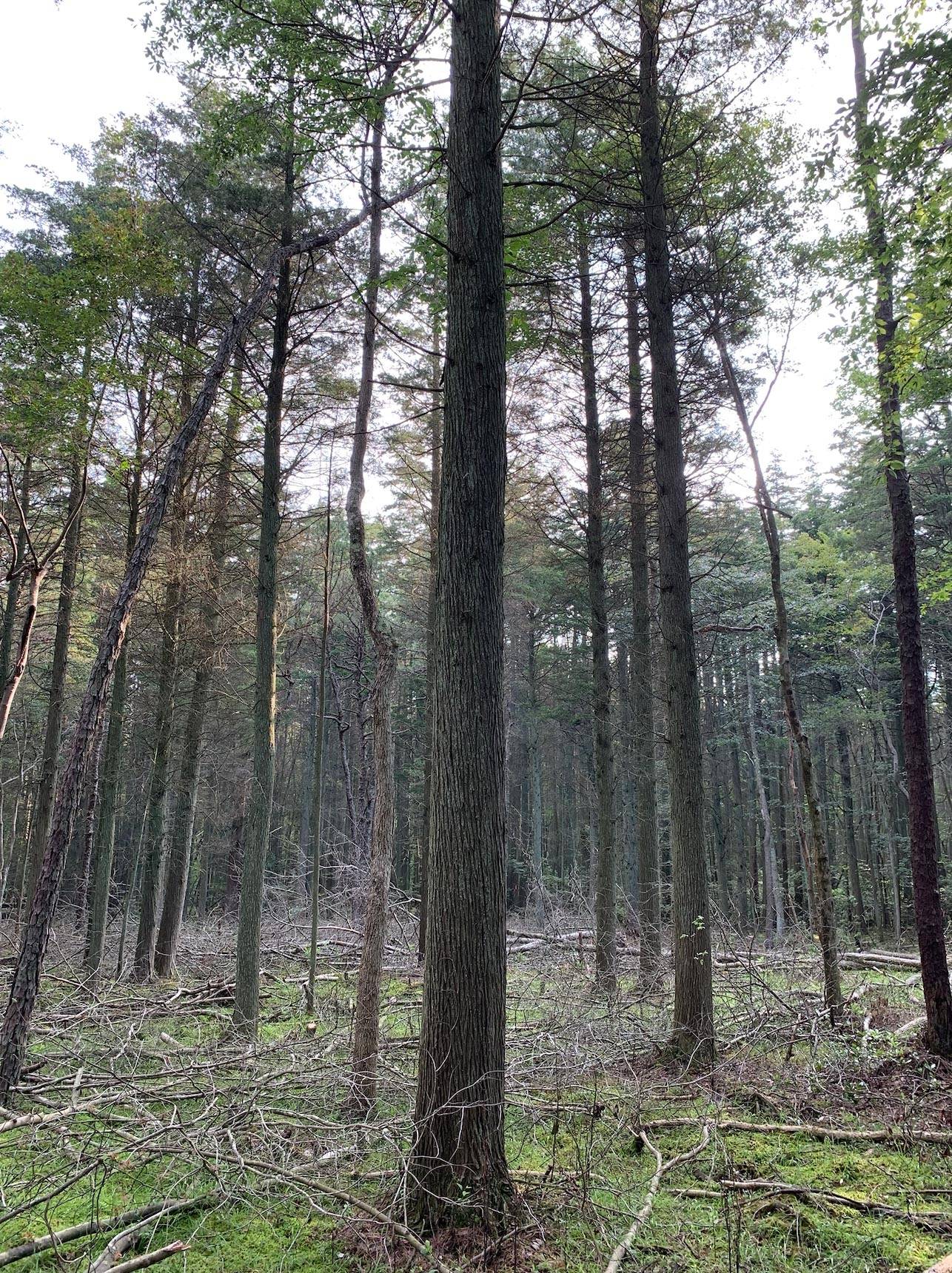 A patch cut on campus.

Students who study forestry gets hands-on opportunities to get involved with forest management on campus.

Most recently, Williams administered patch cutting and thinning in a wetland area near Lake Fred. "The purpose of the patch cuts, effectively mini clearcuts, is to regenerate new stands of Atlantic white-cedar," explained Olson.

The last prescribed fire on campus was in March. There are a number of experimental plots on campus that are burned at varying intervals and studied over time.

"Foresters and scientists are calling for more active management in our forests as part of a proactive strategy for reducing the risk of wildfire. A fuel management strategy would help in the western U.S., but it would also help reduce wildfire risk in NJ forests, especially the fire-prone Pine Barrens," said Olson.

Williams was recently interviewed by the Philadelphia Inquirer about the possibility of catastrophic fire in the Pinelands and how management can minimize the threat.

To learn more about Stockton's Environmental Science and Sustainability programs, visit the School of Natural Sciences and Mathematics.