Galloway, N.J. – Stockton University Lieutenant Tracy Stuart and K-9 Hemi were the only K-9 team from New Jersey and a university 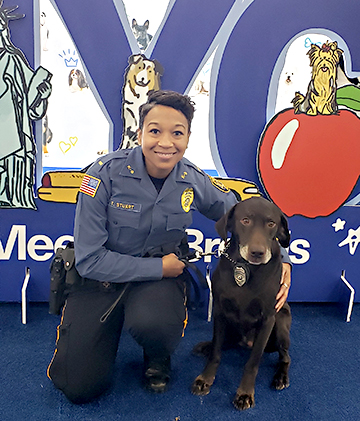 agency, at the American Kennel Club's Meet the Breeds event on Jan. 26 in New York City.

"It was truly an honor to represent N.J. K-9 teams, my agency, and Stockton University. The public not only had the opportunity to experience how skilled these working dogs are first-hand, but they also got to meet them and see that they can be extremely social and silly,” said Stuart.  “These are teachable moments that play a vital role in building positive connections with our communities."

In this video, Stuart pawses to reflect on Hemi’s training and his life when he’s not on the job.