Galloway, N.J. – One of Stockton’s a capella choir groups, “Stockapella,” rocked out at the M&T Bank Glee: College A Capella Competition on April 13 in Carlisle, Pennsylvania, taking home second place. Only eight college choirs from the mid-Atlantic region were selected to participate.

“All of the competitors there were well known for their talent and success in international competition, Stockapella included,” said Neil Aaronson, Stockapella advisor and Stockton professor of physics. “Winning second place was an enormous triumph for them and for Stockton.” 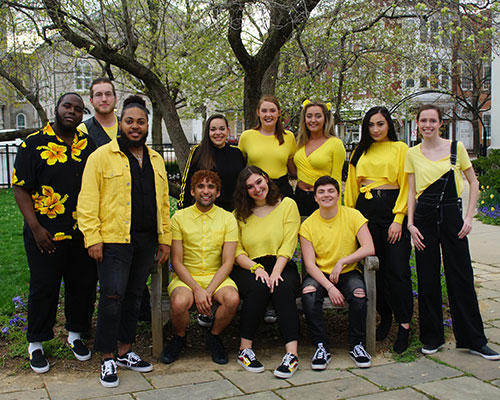 “After arriving and seeing all of the talented groups, things became very overwhelming,” said member Jayden Cohen-Boyce. “However, we knew it was our duty to leave our hearts on that stage … and that is exactly what we did. When they made the announcement [that we placed second], we were shocked because we knew that the competition was heavy. We were just happy enough to be a part of something great. This win was bigger than just our one group, though; we did it for our brother and sister organizations, Stockata and the Stocktones.”

Stockapella’s next performance will be the Stockton University Scholarship Benefit Gala on May 4. Purchase your tickets on the event webpage.