Stockton University researchers want to know if the absence of gravity can impair how human cells repair damaged DNA. The sky is not the limit in their quest for answers.

Students Daniel Stoyko, Matthew Elko and Joseph Romanowski are working with Michael Law, assistant professor of Biology, to design an experiment that will launch to the International Space Station (ISS) this summer.

When both strands of human DNA are broken, cells can fix the damage by rejoining what remains of the strands, but for astronauts in space, microgravity may change how cells repair DNA.

The team is focusing on one type of DNA repair that generally prevents cancer to see how that process works in outer space. Could a generally harmless process become destructive in space?

Intensified radiation in space presents astronauts with a more dangerous environment that could increase damage to their DNA. "The increased radiation exposure could have catastrophic impacts on human health," said Michael Law.

The experiment and its control will compare how yeast repairs its DNA after double strand breaks on Earth and in space. Yeast was selected because its cells behave like human cells in repairing DNA.

The experiment going to space is contained within a single tube partitioned by two clamps that will be removed by astronauts on the ISS to mix the materials within the three separate compartments.

The tube will contain yeast representing healthy DNA, a capsule of a chemotherapy drug representing a DNA-damaging agent, a growth medium for the yeast to activate from a dry powder form, and a fixative that will stop the activity and preserve the cells for analysis back on Earth.

Since the yeast will be in space for less time than an astronaut would spend on a space mission, the chemotherapy drug will be the agent to cause DNA damage.

The key to the experiment is giving the yeast enough time to grow before the chemotherapy drug begins damaging its DNA. A specially designed capsule containing the drug will allow a slow release of the DNA damaging agent.

Just like it takes time for dough to rise when baking bread, the yeast in the experiment needs time to grow, explained Law.

On Earth, “the ozone layer protects us from ultraviolet radiation,” said Law.

Astronauts don’t have that protection and have been “able to see radiation happening even while they’re sleeping,” he described.

The team’s question is far from easy to solve, but Law explains that they strive to “keep the experiment simple, which requires creativity.”

“The sheer thought that our experiment was selected to fly to the ISS and the fact that we had created an experiment from scratch is beyond belief,” said Matthew Elko. 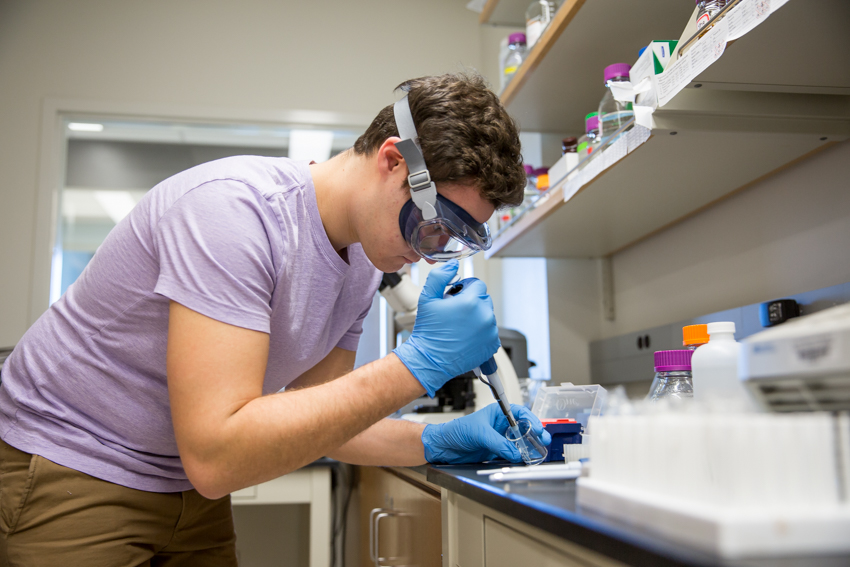 Matthew Elko works with the team to design a capsule that will allow the chemotherapy drug to slowly release and mix with the yeast after it's had enough time to grow. "The curiosity behind the unknown is what I love about science," he says. He aspires to be a physician assistant to help others, but before he graduates from Stockton, he's working to make new discoveries to help astronauts. 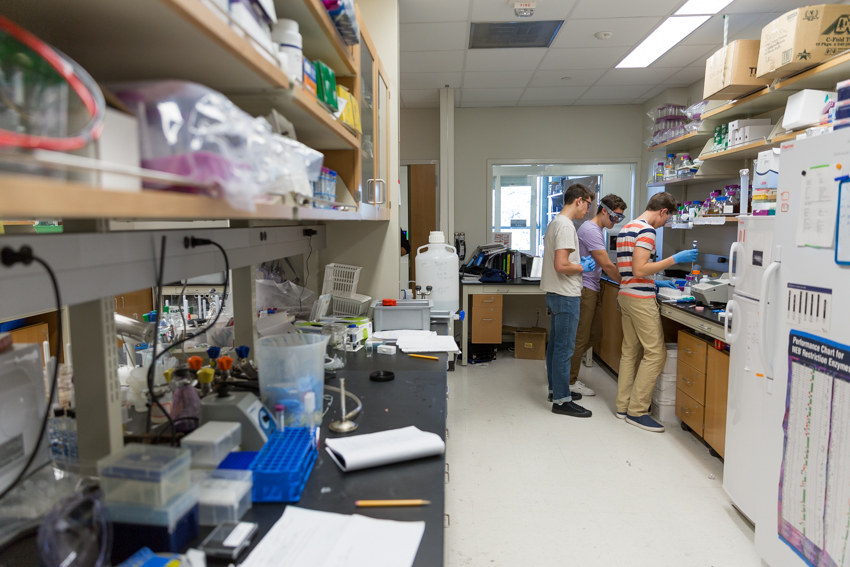 "When a design doesn't work, we re-engineer," says Michael Law, as students work together on the experiment design. 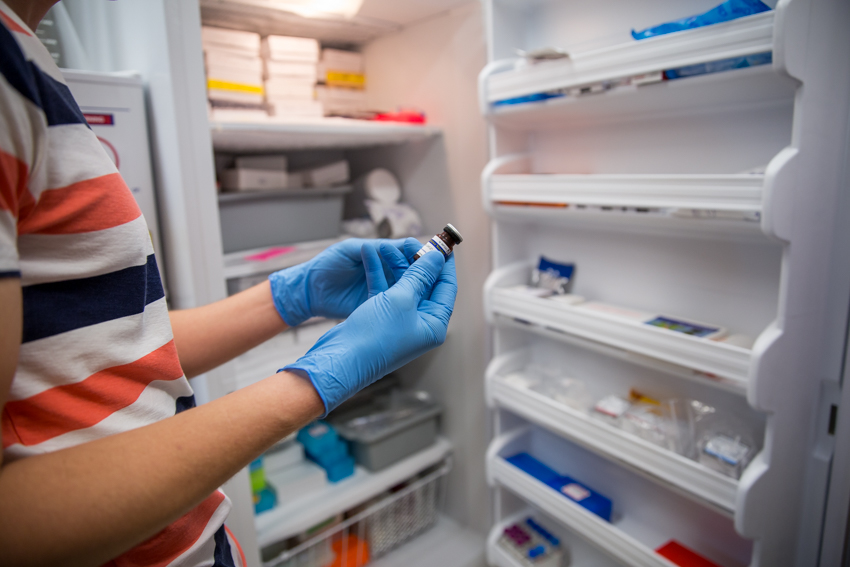 Daniel Stoyko, who wants to go to medical school to become a doctor, holds a vile of the chemotherapy drug that will damage the yeast's DNA. "I find it fascinating that so much can be accomplished by just using the scientific method," he says. 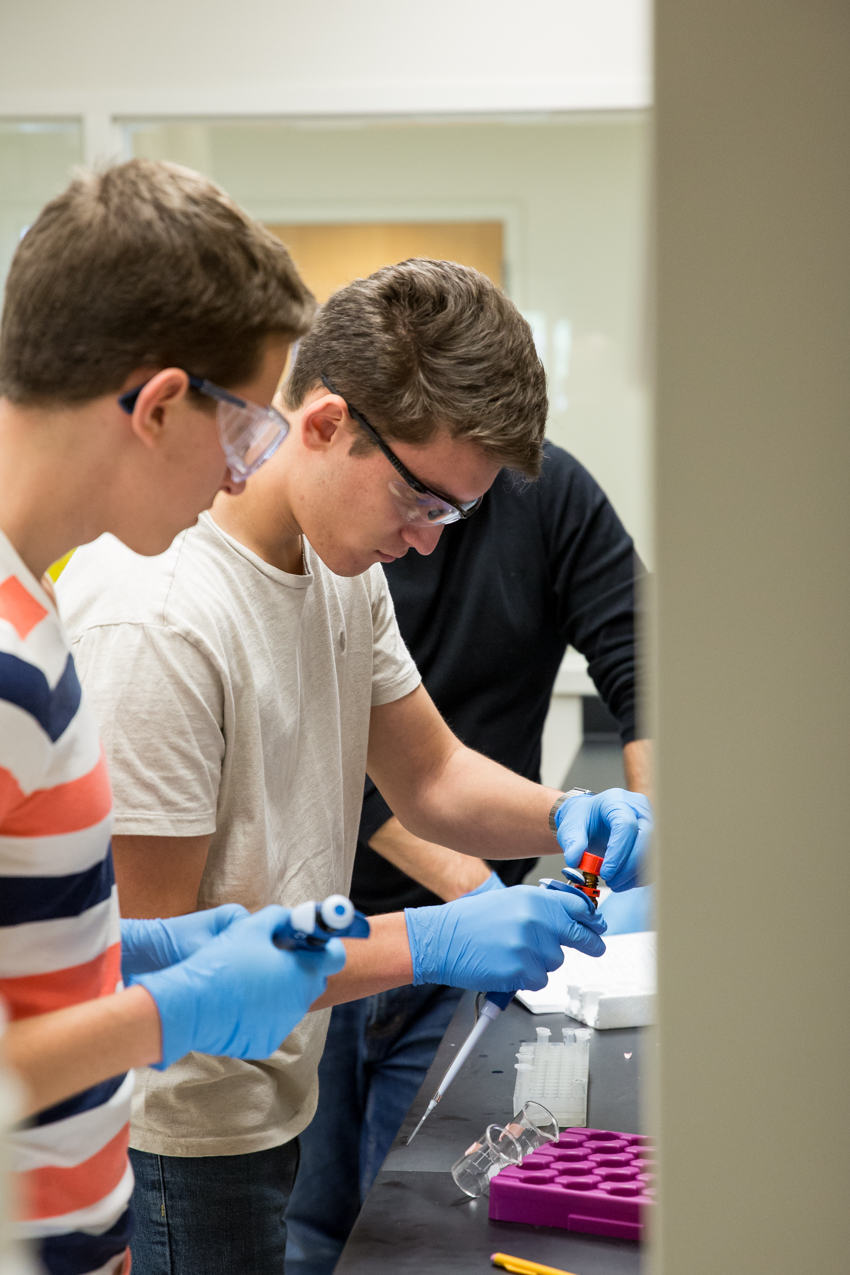 For Joseph Romanowski, working on Mission 13 has given him hands-on experience that offers a window into his future aspirations of helping people, making a difference and being challenged by science. "From designing our experiment and overcoming obstacles we have faced, I have learned much more about what it means to be a scientist and to think independently," he explains. "I love that science encourages curiosity, and most of all, I love that science offers the possibility of making a difference," he adds. 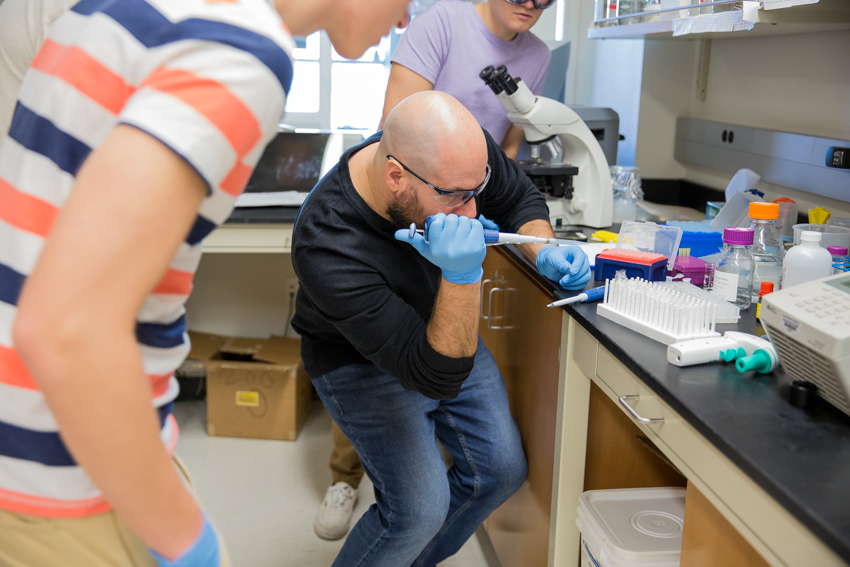 Michael Law demonstrates a lab technique as students watch. Double strand breaks occur in an average human cell up to 50 times per day. That number likely increases in space due to radiation. The experiment proposal points out the importance of understanding how cells repair DNA in space as we prepare to carry out manned Mars missions. 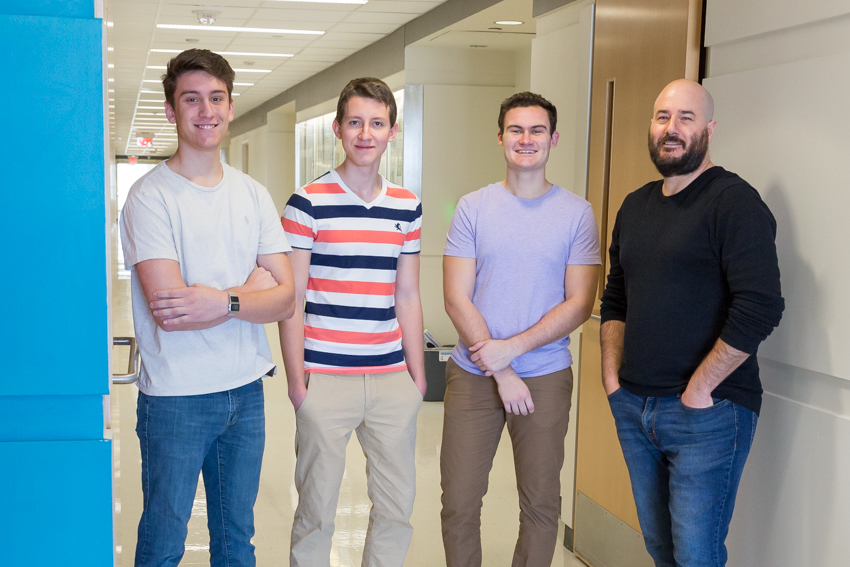 Joseph Romanowski, Daniel Stoyko, Matthew Elko, and Michael Law will represent Stockton University in space this summer when their experiment launches to the International Space Station. 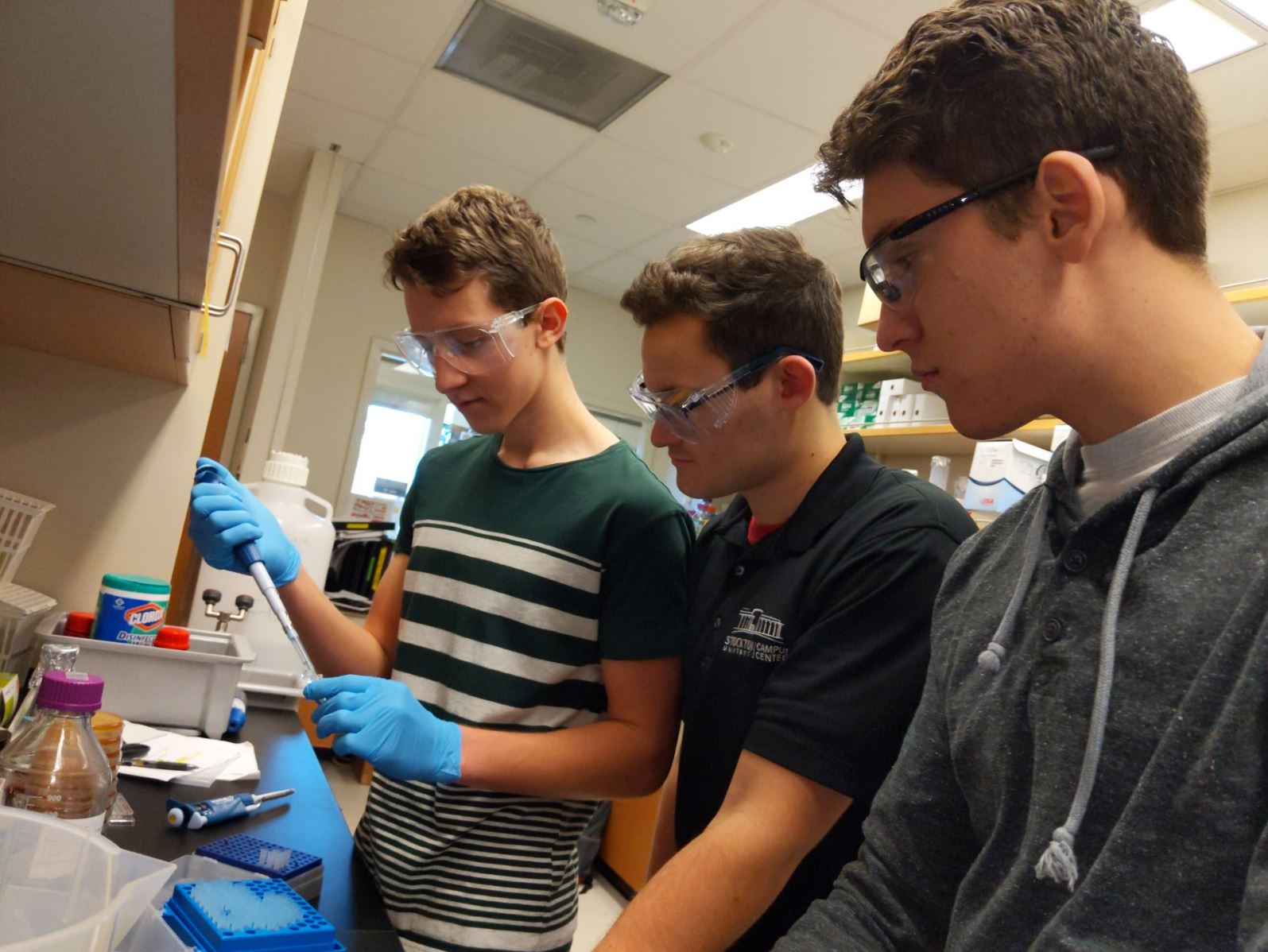 Follow the School of Natural Sciences and Mathematics for updates on when the experiment will launch and for details on how you can follow the journey into space. Photo: Michael Law

The Student Spaceflight Experiments Program [or SSEP] is a program of the National Center for Earth and Space Science Education (NCESSE) in the U.S. and the Arthur C. Clarke Institute for Space Education internationally. It is enabled through a strategic partnership with DreamUp PBC and NanoRacks LLC, which are working with NASA under a Space Act Agreement as part of the utilization of the International Space Station as a National Laboratory.