If you want to know what on Earth was happening a few billion years ago that helped form our planet’s magnetic field, then you need to study rocks. That is the approach Jeffrey Webber, assistant professor of Geology, took when he and scientists from the University of Massachusetts, Amherst wanted to pinpoint possible sources of Earth’s crustal magnetism.

The first step in finding the mysterious source of Earth’s surface magnetism is finding the right rocks to study. Webber and collaborating scientists Laurie Brown and Michael Williams had to go all the way to northern Saskatchewan, Canada. In this land of lakes and boreal forest, exists a magnetic anomaly where two distinct regions of the same 3.2 billion-year-old rock type reside side-by-side, one being highly magnetic and the other non-magnetic.

There are only a handful of locations in the world where large regions of rocks that once resided in the lower crust are exposed at the Earth’s surface, Webber explained. Scientists seek out these regions to examine the geologic processes that create or destroy magnetic rocks. Magnetite, the most magnetic mineral commonly found in the Earth, can be concentrated in certain rock types, making them particularly magnetic. Magnetite-rich rocks are used as a source of iron ore.

The ancient Saskatchewan rock studied was formed about 40 miles deep into the Earth—that’s about a drive from Stockton to Toms River going straight into the Earth. Studying this region gives scientists a window into Earth’s lower crust.

What the rocks told Webber is that Earth’s lower crust might not be as magnetic as scientists have proposed. The magnetic anomaly is due to the formation of magnetite at depths much shallower than the non-magnetic rock. Although the entire region formed at the same time, only a portion of the area experienced a younger stage of magnetite production.

The Canadian Journal of Earth Sciences recently published an article on Webber’s research.

For the aspiring geologist interested in learning more about Earth’s history through rock, Webber teaches Field Geology, Physical Geology and Structural Geology. For the adventurer, he teaches Mountains and Mountaineering, and for the geology enthusiast, he teaches Earthquakes.

Webber grew up in Montana, surrounded by the Rocky Mountains, so there’s no doubt the highest peaks in central North America had an influence on his career. Students can study the same rocks that inspired his curiosity for geology in his Field Geology class and during summer field work in Montana. 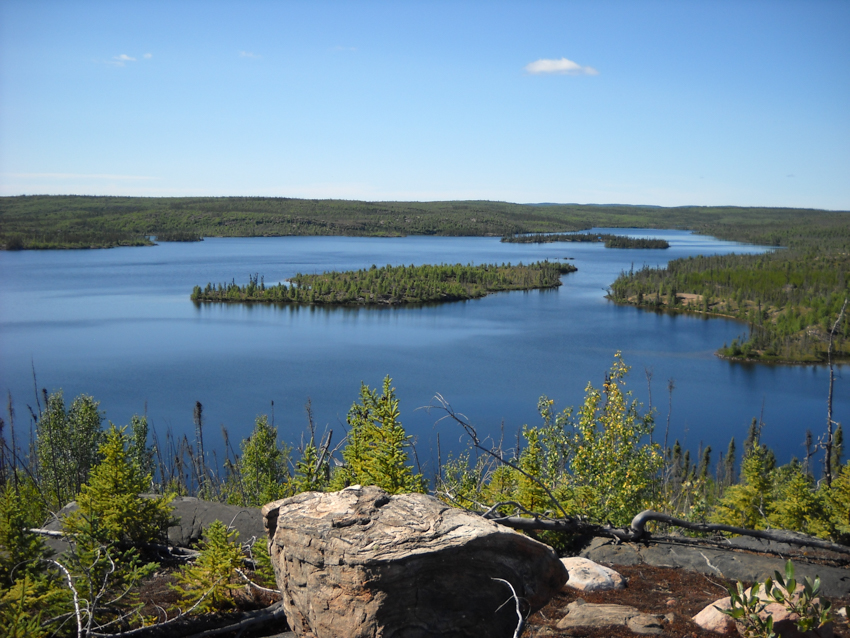 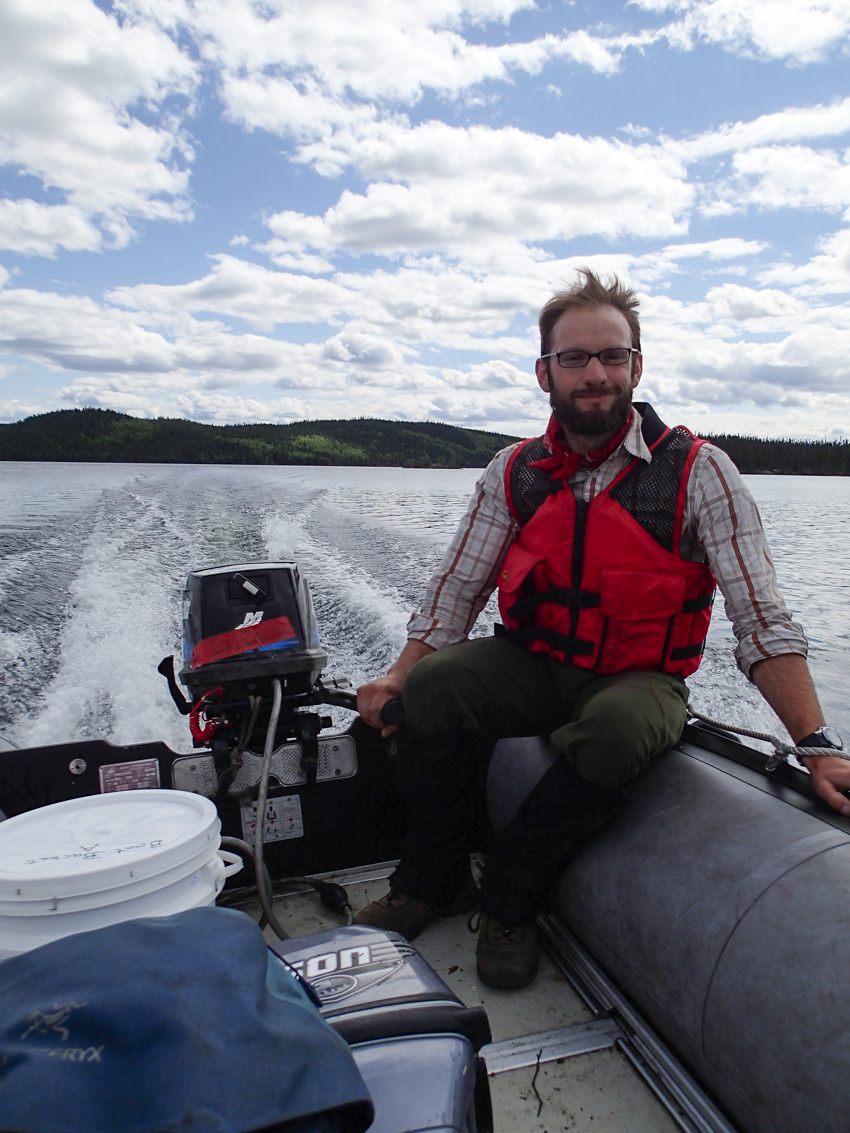 Webber uses an inflatable motor boat called a Zodiac to commute to work on Godfrey Bay on West Clut Lake in northern Saskatchewan, Canada. "We can cover a lot of ground quickly over water. Hiking in this region is very difficult because much of the region is covered with small pines and blown down logs. We camp on islands in order to lower the chances of bear encounters," he explained. 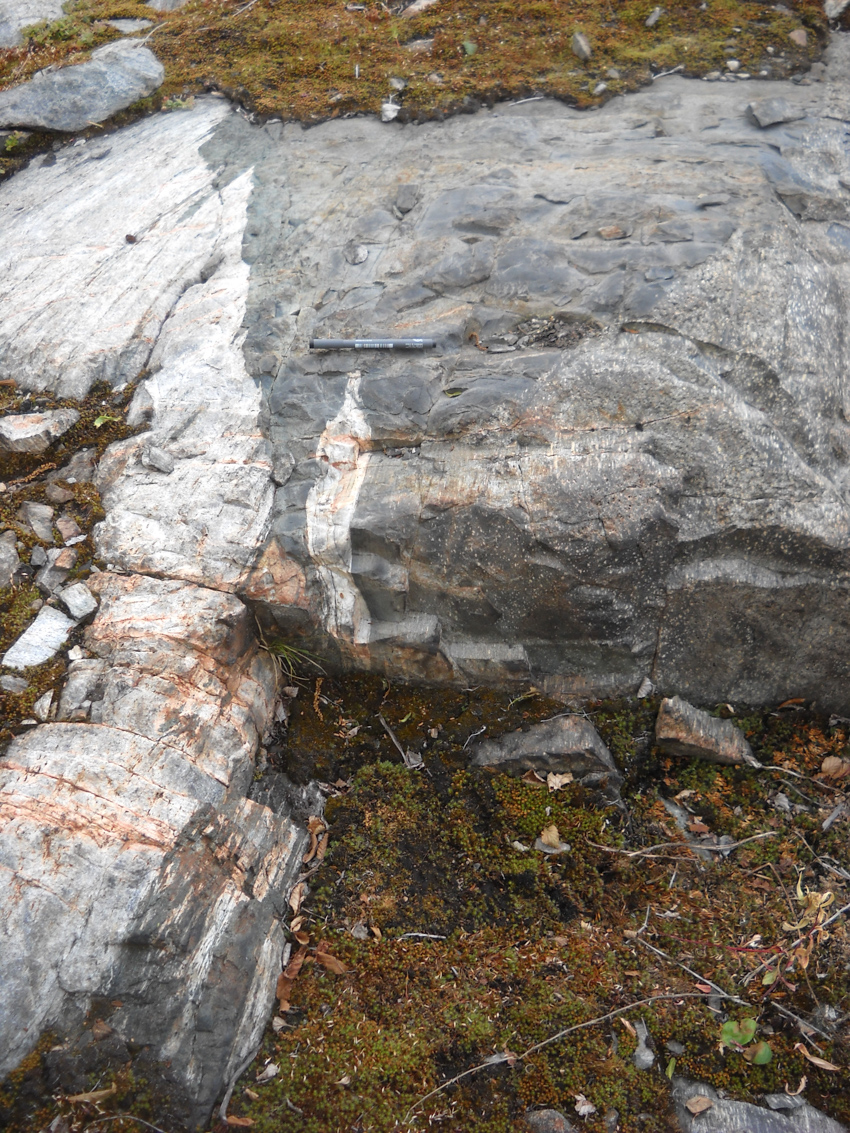 This image shows different generations of magmatism where molten rock was injected into the area and solidified. The lighter and darker regions do have different concentrations of magnetite. 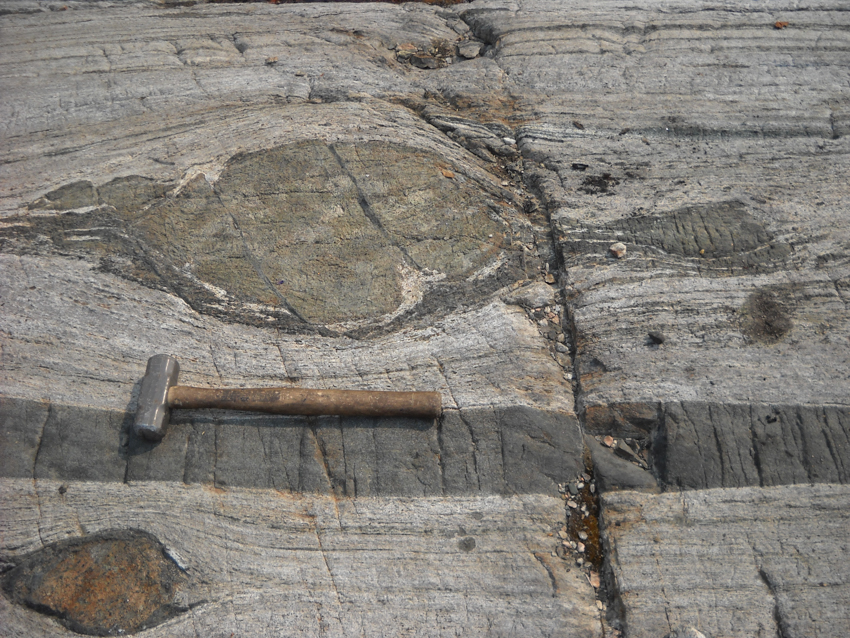 "The rock hammer is an essential piece of equipment in geology because we collect samples in the field that we can analyze in the laboratory. Collecting samples with documented orientations directly from exposures of rock in the field is very important because we can place data obtained in the lab within the spatial context of our field area. We spend a lot of time finding and removing the 'perfect' sample with hammers and chisels," Webber explains.