Galloway, NJ –  For about one week each year Stockton’s 30 Greek organizations get together to compete in friendly games and socialize. 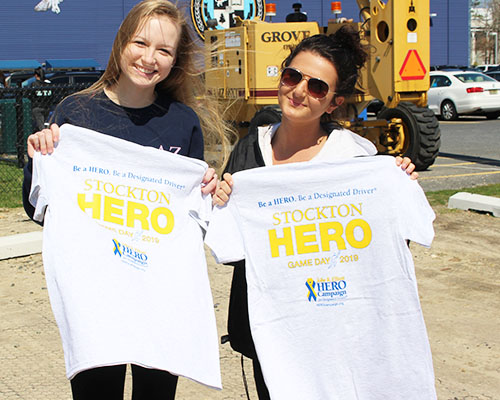 But the games also have a purpose, to promote the John R. Elliot HERO Campaign. The dual goal of socializing and serving the community are an integral part of Greek life.

“The goal of these events is to have a week to unite the community,” said Nicholas Persia, the Graduate Coordinator for the Office of Student Development. “This is a big community, and we take this time every year to celebrate Greek unity.”

“I think it’s fun getting everyone together,” said Miranda Turner, a member of Zeta Tau Alpha. “Not everyone can get together all the time, so this week is the perfect opportunity to bond.” 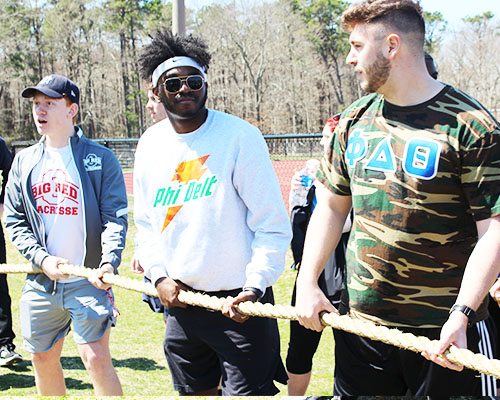 The HERO Games also allowed members to sign the HERO pledge against drinking and driving and to use a designated driver. The HERO campaign was founded in memory of John R. Elliott who was killed in 2000 in a car accident caused by a drunk driver. The Elliott family started the campaign that partners with high schools and universities to promote designated driving.

Greek Week at Stockton also consists of multiple fundraising opportunities. There is a Can Wars event that allows every organization to build a display made of the canned goods they supply. Afterwards, everything gets donated to the Stockton Student Food Bank.

There was also a Chipotle fundraiser held on April 10, where all proceeds were donated to Books Without Boarders. BWB is a Stockton club, where members donate learning materials like computer equipment and books to areas like Zimbabwe.

Greek life on Stockton’s campus is always working hard to raise money for many different causes.Joe Thompson, assistant director of Student Development said Greek organizations have raised over a quarter million dollars for different charities over the last five years.

Some examples from this year include:

When asked what Greek Week means to him, John Coriasco, a member of Sigma Beta Rho Fraternity Inc., said: “Three words: inclusion, community and friendship. Everyone can really benefit from this experience and take the time to get to know the people around them.”

View a gallery of photos of the event.