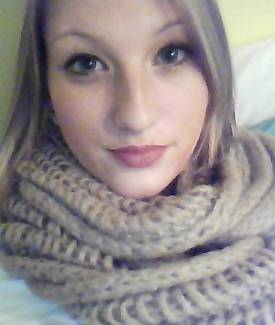 My name is Amanda and I will be studying abroad in Seville, Spain this upcoming Spring semester. I'm majoring in Health Sciences, with a concentration in Physical Therapy. Originally I was looking elsewhere to study abroad, but I'm really happy that I chose Spain. Not only will I get the chance to explore a new country, I will be exploring their language as well, and I couldn't be any more happier. For Physical Therapy, I definitely want to have a second language behind me so that I can communicate with those in which English isn't their first language. There isn't a better place to learn than Spain! With this blog, hopefully you can feel like you're there with me!

Being in Spain for a month now, I have definitely realized that it isn't anything like home. There are cafe's everywhere you turn, fresh gelato, shops, and of course, horses. How can I forget about the beautiful horses?! But at the same time, there are days where I don't feel like I'm in a different country because I am so accustomed to it all. I don't live in little Galloway, NJ anymore; my home is in the beautiful town Sevilla, for now at least.

There are so many things here to appreciate like the culture, food, and definitely the language. This part of Spain still respects the tradition of stores being closed on Sundays and it being considered a "Holy Day." People spend this day just walking the streets and taking up what is around them. The food is AMAZING. The coffee here is in the smallest cup, but will wake you up in no time. I have never tasted such delicious fish ever in my life. Almost everywhere you go there are tapas which are so yummy! One of my favorites are croquetas, which are very common here to eat. My host mother will make a variety of soups that I have never eaten before. And the language here is just a beautiful thing. When I first came I thought I knew more than I actually did, and because of that I was shy to speak at first. But living with a host mother was, by far, one of the BEST decisions I've ever made. She is the sweetest lady and forces myself and my roommates out of our shells. I've only been here for a month and the amount of Spanish I can speak right now is definitely something I am proud of.

Overall, being here has made me appreciate their lifestyle. I've learned more about myself in this month than I have in a while. I still have a lot more Spanish to learn, but I'm getting there!

And it really is hard not to fall in love when the weather hits in the 70s in the beginning of March!
This weekend I am going to Madrid and can't wait to experience the city lifestyle there!

So, I have been in Spain for almost three weeks now and it is just incredible! You know when you fantasize about something and it turns out to be completely different, getting you disappointed? Well, this is not the case at all. In fact, it's better than what I imagined. The Cathedral is probably the most beautiful structure here. It was amazing to see how similar it looked in the pictures I saw before coming here, but even better to see it in person. And not many people here have houses, unless you live in the country-side. Everyone lives in apartments that are, very well, big enough to be a small house. Some modernized, and some still resembling old architecture, like mine.

During the day, the streets are filled with people talking and walking their dogs; and at night still filled with people, but for different reasons obviously. Here they have what are called Botellóns, which is when people congregate on the streets and enjoy themselves before going out. But, my favorite time of the day is probably the mid afternoon when the sun sets, right after siesta time. It's like the entire sky was colored with a pink and orange crayon, and then painted over with the most beautiful color blue you could ever imagine.

And the food! They are most definitely the best dishes I have ever eaten. The love for their jamón is well known too! Tapas are also a big hit here. They're normal dishes, but in very small portions. They're perfect for when you need something to hold you over for a couple more hours until dinner time. Whoever invented them was a pure genius!
That's all for now, but stay tuned for more!