Iceland’s volcanic hot springs were the ideal setting for the research because they offer a natural gradient to collect data at varying temperatures. Credit: Russell Manson

Galloway, N.J. – Russell Manson, professor of Physics, and an international team of researchers found that photosynthesis by aquatic plants can counter the impact of rising global temperatures. The study was published in Nature Geoscience, a peer-reviewed scientific journal.

Since August 2008, the team has studied the carbon cycle within 222 streams in Iceland and eastern Russia to document how levels of carbon dioxide, the primary greenhouse gas, changed over time within the stream systems.

Over 24-hour timespans, dissolved oxygen levels in the streams were recorded to document how much oxygen was generated by photosynthesis and used up during respiration by aquatic plants and algae. Their data shows that as temperature increases, the rate of photosynthesis also increases and it is more sensitive to temperature changes than previously thought.

Iceland’s volcanic hot springs were the ideal setting for the research because they offer a natural gradient to collect data at varying temperatures. 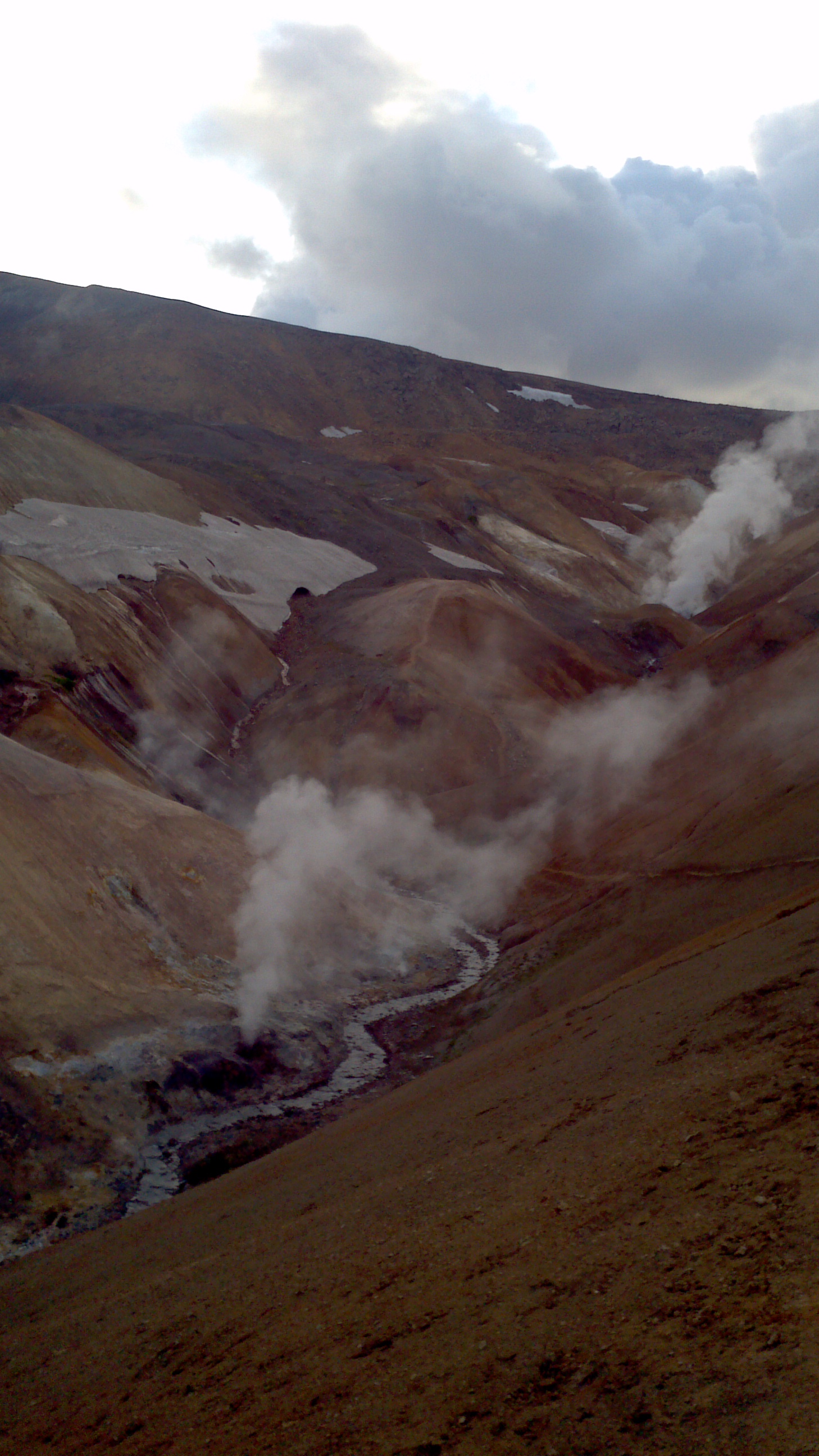 “Although these streams can counteract climate change in a small way, as all plants do, they are in no way a solution to the problem,” explained Manson.

He continued, “Streams are a small but important part of the global carbon cycle and this research suggests that more dynamic and integrative models, wherein metabolic theories involving temperature play a key role, would improve predictions of the metabolic balance of aquatic ecosystems under future climate change.”

John Mick, a graduate of the Master of Science in Computational Science program and an adjunct instructor at Stockton, contributed to the research project by writing codes for data analysis and contributed to a related paper that was published earlier.

Manson hopes to return to Iceland to conduct low-level aerial photography of the streams with drones. He and the team are also currently exploring the Tatra Mountains in southern Poland and streams in northeast Italy as potential sites for studying the effects of pH, a measure of acidity, on stream metabolism, which represents net productivity.