Galloway, N.J. – After 603 wins in 30 seasons at Stockton University, Gerry Matthews, the winningest men's basketball coach in New Jersey history, is calling it a career and retiring as the Stockton head coach. Scott Bittner will be elevated to interim head coach for the 2016-17 season after 10 years on the staff during which he has served as assistant coach and associate head coach.

“In addition to being the consummate basketball coach, Coach Matthews has been an unwavering friend and mentor of every single student-athlete with whom he has come in contact during his long tenure at Stockton,” said President Harvey Kesselman. “Simply stated, there has never been a better coach in any sport in our history, and Gerry has set the standard when it comes to commitment and loyalty to his student-athletes.  He will be sorely missed, but never forgotten.” 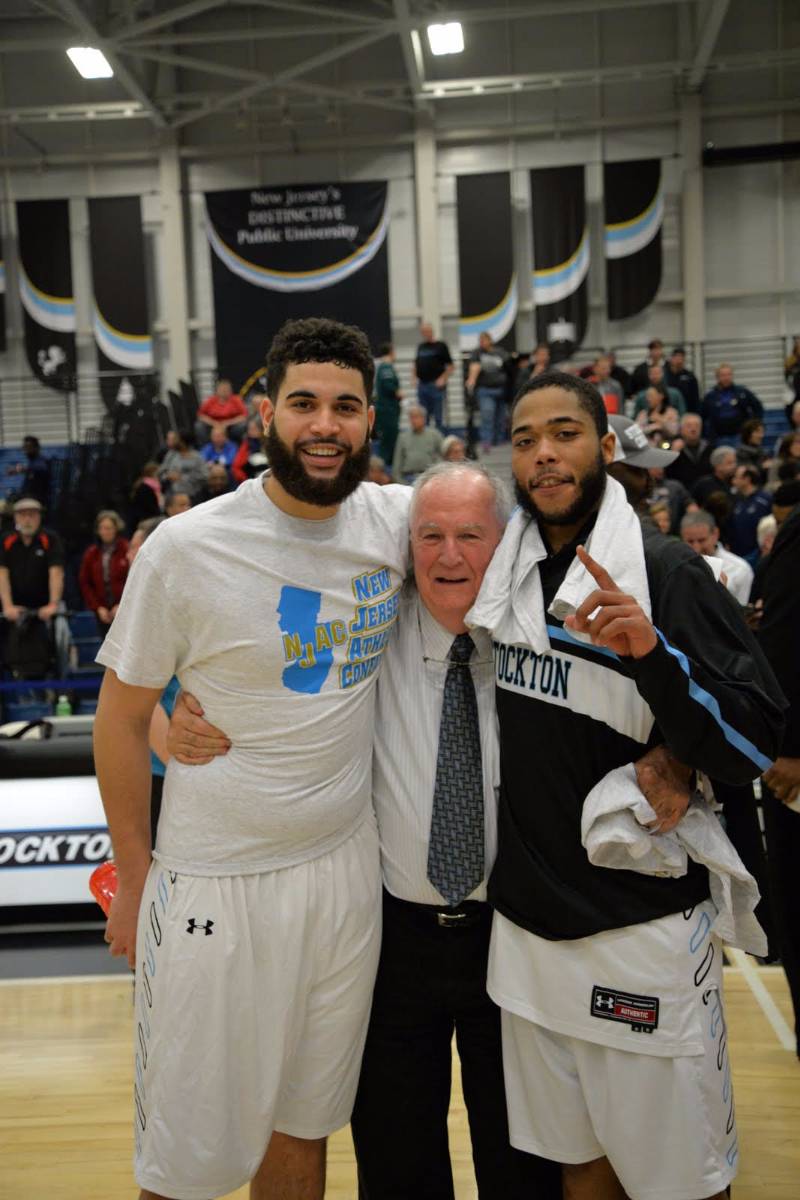 Matthews never had a losing season at the helm of the Osprey program, amassing a 603-243 record (.713 winning percentage). He is one of just 16 coaches in NCAA Division III history to reach the 600-win mark and he ranks in the top 20 all-time in Division III in winning percentage. Matthews led Stockton to 16 NCAA Tournament berths and a 25-17 record in NCAA Tournament play. His teams won at least one game in 12 of their 16 NCAA trips and advanced to the Final Four twice (1987, 2009).

“Coach Matthews has led an incredible era not only for Stockton Athletics but the entire school. In the words of the late G. Larry James, ‘he’s more than a coach, he’s a social worker,’” said Lonnie Folks, director of Athletics.

Matthews, who arrived at Stockton in 1985, said quite simply: “It’s time.

“It’s my decision; there is no pressure from anyone to do anything one way or another. I just think it’s time,” he said.

Matthews became the winningest coach in New Jersey men's basketball history with a 78-58 triumph over Farmingdale State on Nov. 17, 2012 that gave him 515 wins, one more than longtime Princeton head coach Pete Carril.

The numbers only show a portion of Matthews’ coaching style and success, which really extend beyond the court, explained Bittner, the incoming interim head coach who has spent a decade coaching with Matthews.

Matthews’ humor and humility have been the keys to connecting with his players, and they leave a lasting impression on fellow coaches and colleagues campus-wide, according to Bittner.

“It’s amazing how he relates to his players and he does it better than anyone. That is the biggest lesson I’ve learned from him; it’s how he treats his players off the court,” Bittner said. “These relationships determine what kind of coach you are. He’s more than a coach—he’s a second father and a mentor.” 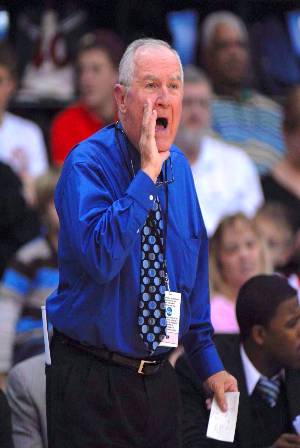 Matthews said that mentoring players is “a large part of what you do” as a coach.

“You don’t think about it when you’re doing it, but you realize it when you get calls back from the kids who are no longer kids,” he said.

Players respond to coaching when you love them off the playing field, Bittner said.

“There are times he’s hard on the kids basketball-wise, but he gets away with it 10 minutes later because he coaches his players in life, and the work on the court naturally falls in place,” Bittner said. “Coach has a way of reaching those who need it the most. He’s there for his players, and they love him for that.”

“That’s the sentiment from the starting player all the way to the player on the bench,” Folks explained. “Coach Matthews’ attitude is: ‘I want us all to do well.’ His service reaches far beyond athletics - Matthews is an ambassador for Stockton. He’s about the people and helping them get to a better place.”

In addition to elevating his student-athletes, Matthews also helped Bittner “get to a better place” in his coaching.

Bittner feels “more prepared than most would be” after Matthews’ input and advice over the past few years, and believes Matthews’ greatest contribution to the team has been his consistency.

“He has held the seat for 30 years, and his decisions were always in the best interests of the students,” Bittner said. “As a university, our job is to get our players ready for life. Together, we’ve held our players accountable, and we got them ready for the next step. He was outstanding at it, and I’m lucky to have learned from him.”

“Mentoring, and being there for the players, is just what you do,” Matthews said. “You don’t think about it when it’s happening, but times like now, you look back on it and realize the effect you had on an awful lot of people.”

As Matthews passes the torch to Bittner, the two believe their relationship will grow even stronger.

“Our relationship is not much different than a father/son relationship. If you gave me a year, I could probably rattle off all the things I never would have pictured myself doing,” Bittner said. “We’re a lot alike; and isn’t that what you do with your father? You end up being that guy.

“My goal is to do all the things Coach did.”

“He deserves this opportunity; he’s worked hard; and he’ll do a fine job,” said Matthews of Bittner.

A celebration honoring Matthews will be held in early 2017 during the upcoming basketball season.