Galloway, N.J.- The Stockton community marked Juneteenth with a cookout and celebration in front of the future Multicultural Center on Friday, June 17.

Christopher Catching, vice president for Student Affairs, welcomed students and community members to the event and commended Stockton for its progressiveness, noting the new center will open in Fall 2022. 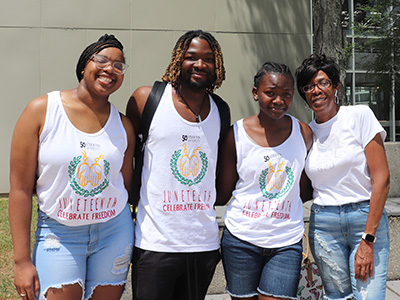 “It’s my hope that our next Juneteenth program will be slightly different,” Catching said. “It will be housed within and around the center, and I expect you all to attend.”

The event was organized by Unified Black Student Society (UBSS), African Student Organization (ASO), Caribbean Student Association (CSA), Stockton’s NAACP chapter, Student Senate, and the office of Student Development. The celebration is the third held at Stockton in recent years, inspired by celebrations that originated in Texas, a state that still had enslaved African Americans two years after the Emancipation Proclamation in 1863.

Anthony “AJ” Brooks, president of UBSS,  said he felt  it was important to honor the day that the remaining enslaved people were finally liberated in 1865.

“Juneteenth is a holiday that is under-recognized throughout the nation and the world,” Brooks said. “Many do not know the significance of what happened to those slaves and our event brought together students and people from the community to pay respects to those who came before us. We thanked them for their sacrifices that led us to this point as well as discussed what we can do to keep moving forward as a race.” 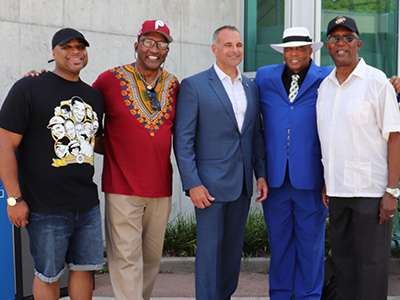 Ronald Phillips shared an anecdote about asking students to state the most important year for the United States of America, to which students replied ‘1776.’ On the contrary, he considers 1619, the year that the first 20 enslaved Africans were brought to the shores of North America, the most important.

“Today, we are celebrating them and their fight,” he said. “It is because of them that we are here today. If you take one thing away from this speech, it is to stay woke.”

Frank Phillips added, “Take responsibility for every decision you make and hold others accountable.” 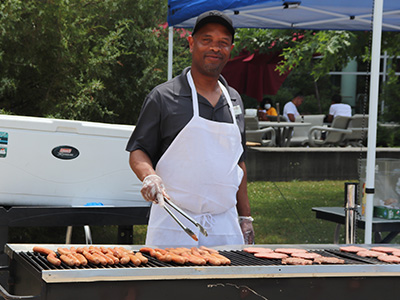 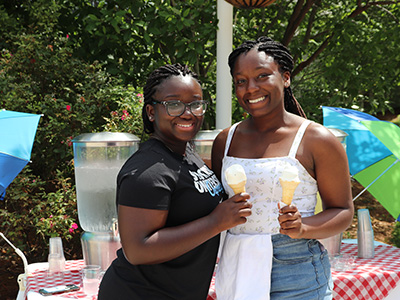 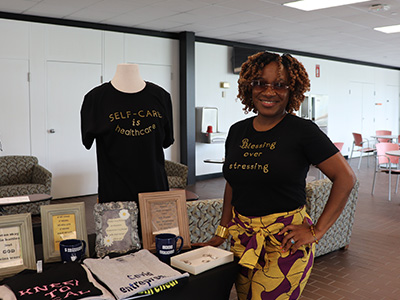 Story and photos by Loukaia Taylor