Henrietta and Leroy Rosenberg, at home and in the family grocery store in Atlantic City, circa 1967. (Photos provided by Howard and Ann Rosenberg)

Galloway, N.J. – Howard Rosenberg spent a lot of time in his parents’ small grocery store on the corner of Rhode Island and Melrose Avenue in Atlantic City.

“I grew up working in the store,” Rosenberg said. “People who shopped there (in the 1950s and ‘60s) didn’t have cars. It was a neighborhood store.” 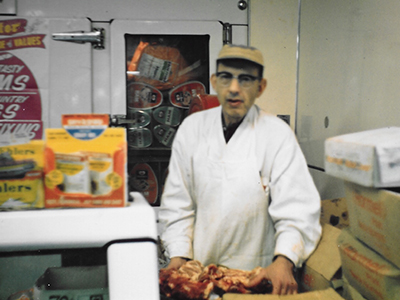 Rosenberg’s Market, originally founded by Howard’s grandfather, Max, in the early 1900s, no longer exists. But, Howard said one of the lessons his parents, Leroy and Henrietta, taught him was the importance of education.

This is the second scholarship the couple has endowed at Stockton. Last year, the Rosenbergs created a scholarship in Holocaust studies at Stockton in memory of Ann’s parents, Jadzia and David Greenbaum, both Holocaust survivors who later settled in South Jersey.

When the couple was thinking about how to remember Howard’s parents, their focus on education and memories of Atlantic City High School inspired their decision. 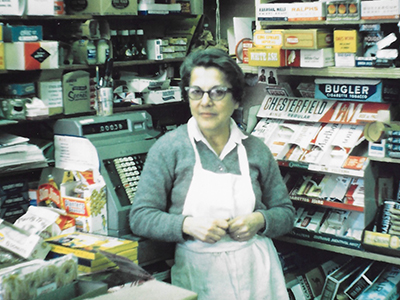 Howard said their goal in endowing the scholarships is not just to memorialize their parents, but also to help a new generation.

“We hope what we did might inspire others to create scholarships as well,” Howard said.

Daniel Nugent, Stockton chief development officer and executive director of the Stockton Foundation, said the generosity of the Rosenbergs is greatly appreciated by the Foundation members and the students, who learn about the donors from the scholarships they receive.

“These scholarships are testaments to both the past and the future,” Nugent said.