Galloway, N.J. -  Stockton University welcomed four new members to its Board of Trustees at the May 5  board meeting.  The addition of Rev. Collins A. Days, Sonia Gonsalves, Michelle Keates and Jose Lozano represents a historic expansion of the board, from 12 members to 15.

President Harvey Kesselman said the expansion of the Board of Trustees reflects the growth of the university and leadership’s desire for a robust board that reflects the strengths and diversity of the Stockton community as the university enters its 50th year of teaching in fall 2021.

“Stockton has come a long way in 50 years and we are looking ahead to the next 50,” Kesselman said.  “The addition of these four accomplished and talented people, all leaders in their own right, will ensure Stockton has a strong future and remains committed to serving the residents of South Jersey and the state.”

Board of Trustees President Raymond Ciccone said he is excited to work with the new members.

“Their diverse backgrounds and areas of expertise will be invaluable as we continue to expand the university’s reach and influence in the community,” Ciccone said.

The four new trustees were approved by the State Senate in March. Trustee Madeleine Deininger was also reappointed to another term. Trustees serve six-year terms.

The four new trustees are: 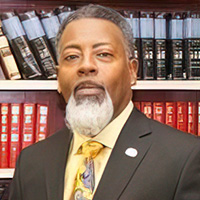 Reverend Collins A. Days, Sr.
Reverend Collins A. Days, Sr. of Atlantic City  is the pastor of Second Baptist Church in Atlantic City. He has a long history of service to the city and its residents.   As president of Vision 2000, which he started more than 20 years ago, he has assisted in the development of home ownership programs, the Civil Rights Garden senior citizens apartments, minority-owned businesses and low-income housing. He serves on the Board of the John Brooks Recovery Center and launched Christians in Recovery, a program for those struggling with addiction. He also started the Pastor’s Posse, a mentor program for male teenagers.  He has received numerous awards, including the Dr. Martin Luther King Award and the Stockton Council of Black Faculty and Staff’s Lifetime Achievement Award. He attended South Carolina State College

Sonia Gonsalves of Oxford, Ga. is a Professor Emerita of Psychology at Stockton University, where she was a faculty member from 1990-2018. During her time at Stockton, she served as director of the Institute for the Study of College Teaching, the director of the Institute for Faculty Development, and the director of Academic Assessment.  She has been a selected or invited presenter for meetings of many national organizations including the American Association of State Colleges and Universities (AASCU), and the Middle States Commission on Higher Education (MSCHE). She has served as an on-site faculty development and assessment consultant to the Azim Premji University in Bangalore, India.  She holds a Ph.D. in Educational Psychology from Temple University, an M.S. in Educational Psychology from Temple University, and a B.S. in Chemistry and Applied Chemistry from the University of the West Indies in Mona, Jamaica.

Michelle Lenzmeier Keates of Ventnor is first vice president/wealth management at Janney Montgomery Scott, LLC where she has worked since 2001. She is a former member of the Stockton University Foundation Board of Directors where she served as treasurer and chair of the Investment and Finance Committee.  She was the chair of the first Stockton Scholarship Benefit Gala, and the founding president of The Friends of the Stockton Performing Arts Center. She and her husband created the Michelle and H. Paxson Keates Endowed Scholarship with an initial amount of $50,000. She received her J.D. from Fordham University School of Law, her M.A. from Fairleigh Dickinson University and her B.A. from Stockton University. 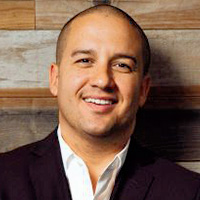 Jose Lozano of Oradell is president & CEO of Choose New Jersey, a nonprofit economic development organization. He previously served as chief of staff and vice president for Corporate Services and Governance at Hackensack Meridian Health.  He also served in the Obama Administration as deputy chief of staff and homeland security advisor at the U.S. Environmental Protection Agency. He served as executive director of the 2017 transition for Governor-elect Phil Murphy, director of external affairs for the newly created New Jersey Office of Homeland Security and Preparedness, and director of operations for New Jersey Governor Jon S. Corzine. He was named among NJBiz’s Top 40 Under 40, ROI-NJ’s Power 100, and listed #2 on their 2019 People of Color Influencer List.  He received his B.A. degree from Stockton University and a Master’s degree from the University of Maryland, College Park.