Galloway, N.J. – The history of the Alliance Agricultural Colony in South Jersey is on display at the Noyes Gallery of Art at Stockton University’s Kramer Hall, 30 Front St. in Hammonton. 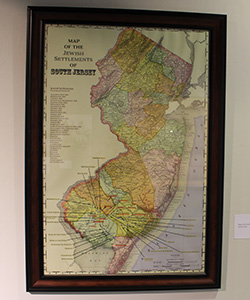 An opening reception for the exhibit, titled “Growing American,” will be held from 5-7 p.m. Thursday, Oct. 21, as part of the Hammonton Third Thursday events.

The Alliance Colony was founded in 1882 by Eastern European Jews who fled Russian pogroms. It was one of several colonies formed in South Jersey, but the settlers were unfamiliar with farming and most failed. Those that succeeded, developed and expanded into other industries. The towns of Rosenhayn, Carmel, Norma and Brotmanville remain today as a testament to the perseverance of the early settlers.

The exhibit was curated by the Noyes Museum, Alliance Heritage Center and South Jersey Culture & History Center at Stockton University and features photos, memorabilia and artifacts preserved by the descendants of the original settlers. 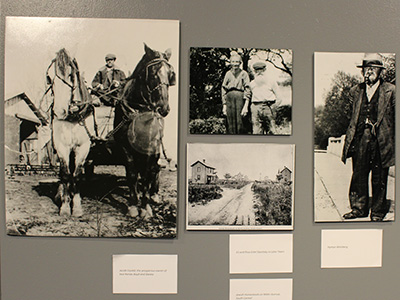 “We have been in touch with scores of descendants,” said Thomas Kinsella, director of the Alliance Heritage Center and professor of Literature at Stockton.  “We are trying to visually show the history of the Alliance Colony, how difficult it was for the first settlers, and how they survived and thrived. This is a true immigrant story of becoming part of America.”

The exhibit includes 1930s yearbooks from the Norma school and films from the 1930s taken by Leon M. Bardfeld that show the area and surrounding towns, including Centerton and Vineland. The photos and letters tell stories of hardship, but also days of swimming in the Maurice River, playing baseball, and building homes and businesses,

“It is really wonderful material,” Kinsella said. “We are honored to tell these stories of persistence, adaptability and community.”

The exhibit runs until Feb. 4 and is open to the public during Kramer Hall hours, Tuesday, Wednesday and Friday from 8:30 a.m. to 5 p.m., Monday until 8 p.m. and Thursday until 9 p.m.