Bob Garbutt to be Honored for Dedication to Rowing 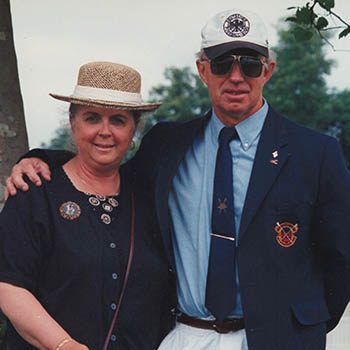 I am a bit surprised that some of the people said they are coming from Texas, Michigan and Arizona,” Garbutt said. “But that is what coaching is about. It’s a family.”

But over his more than 40-year career he and Judy, a teacher, have been models and mentors to hundreds of young men and women, some of whom went on to their own rowing glory. Judy will also be recognized at the event.

Stockton rowing coach John Bancheri, who rowed for Garbutt as a student at Atlantic City High School in the 1970s, said Garbutt helped many young people find their path in life.

“He really became like a second father to me and others,” Bancheri said. “He has four biological sons, and hundreds of extended family members.”

Olympic rower John Strotbeck, who competed in the 1984 and 1988 Olympics, remembers Garbutt coming to the 1984 Olympics in Los Angeles, Calif. to watch him row.

“He really was a transformative influence on me,” said Strotbeck, CEO of athletic apparel company, Boathouse Sports. “It goes beyond athletics.”

Bob credits his success to supporting his rowers, pushing them to go beyond their expectations, and working as a team.

“If you make a family concept, that we are there for each other, they’ll work for you,” he said. “You’re not going to get rich doing this, but you earn your wealth from the athletes you work with.  The journey was the main thing – to watch them striving and to become successful.”

He calls his marriage to Judy a true partnership, even if she was behind the scenes. He said he is pleased she will also be honored.

“She was always there, making sandwiches, bringing drinks. That’s what made it a family,” Bob said.

Bob said he is gratified to see the growth of crew in the area, and honored to have been a part of it.

“I watched guys I coached become coaches at Mainland, Oakcrest, Cedar Creek,” Garbutt said. “I remember when we didn’t have a dock in Atlantic City. We had to walk into the water, and there was broken glass. After the mayor’s (Lazarow) son stepped on a broken bottle, we got a dock.”

Judy pushed to include girls, though she said Bob was concerned about them lugging the heavy boats. Judy said at first Bob made the boys carry the boats for the girls, which they did not enjoy.

“I said just treat the girls like athletes and let them row,” said Judy, who also worked with parents to establish a girls team at Holy Spirit.

Born in Atlantic City in 1941, Garbutt’s family later moved to Pleasantville where Garbutt attended school. His rowing career began at age 17 in 1959 when he tried out for the Atlantic City Beach Patrol as an alternative to working on his grandfather’s farm.

After graduating from Fairmount State College in West Virginia in 1964 he returned to Pleasantville High School where he taught wood shop and coached wrestling while his new wife, Judy, taught at Oakcrest High School.

The Garbutts left the area for a few years, but in 1968 he returned to coach football at Holy Spirit High School with Lou Paludi.  In 1972 he accepted a position at Atlantic City High School where he introduced the first Computer Assisted Drafting class and coached football and rowing.

Stockton coach Bancheri said the Garbutts helped build a rowing culture in South Jersey, and deserve to be recognized for that.

“They built a great sport that we are all benefitting from now,” he said. “I would not be here if not for them.”

When he looks back on his career in coaching, he said he reflects on the pep talks he would have with the student athletes.

“Make a place better because you are there.”

“Don’t quit- stick to the fight when hardest hit.”

“Cherish time with family and friends.”

“He really believed that if you worked hard, you can accomplish anything,” Strotbeck said.

Tickets for the event are $100 and sponsorships are also available. Registration is online at stockton.edu/rowingevent.