Jason Babin, director of the Office of Military and Veteran Services, holds up a Stockton University challenge coin.

Galloway, N.J. - Class of 2020 graduates with ties to the military were finally honored and presented with Stockton challenge coins in a virtual ceremony Oct. 22.

Seventy seniors were eligible to receive the coins last spring. However, due to the ongoing coronavirus pandemic, the ceremony was postponed.

Director of the Office of Military and Veteran Services Jason Babin said of the Zoom ceremony: “While we wish you could be here with us during this important event, the entire Stockton community, from the president and the provost to the staff and faculty, want to congratulate you on your amazing accomplishment, and we look forward to your many future successes."

The event featured remarks by Babin, along with a video from Stockton staff and faculty congratulating veteran alumni on their achievements.

Babin explained the meaning of the coining tradition:

“Members of the U.S. military have a long-standing tradition of carrying a special coin symbolizing unit identity and esprit de corps. With bonds forged in battle thousands of miles from home, these custom coins minted by military units – each bearing their own revered symbols and mottos – capture the essence of their affiliation and their fierce pride. Known to generations of American military personnel as challenge coins, they are a vital part of military life today and are revered by troops in every branch of service. 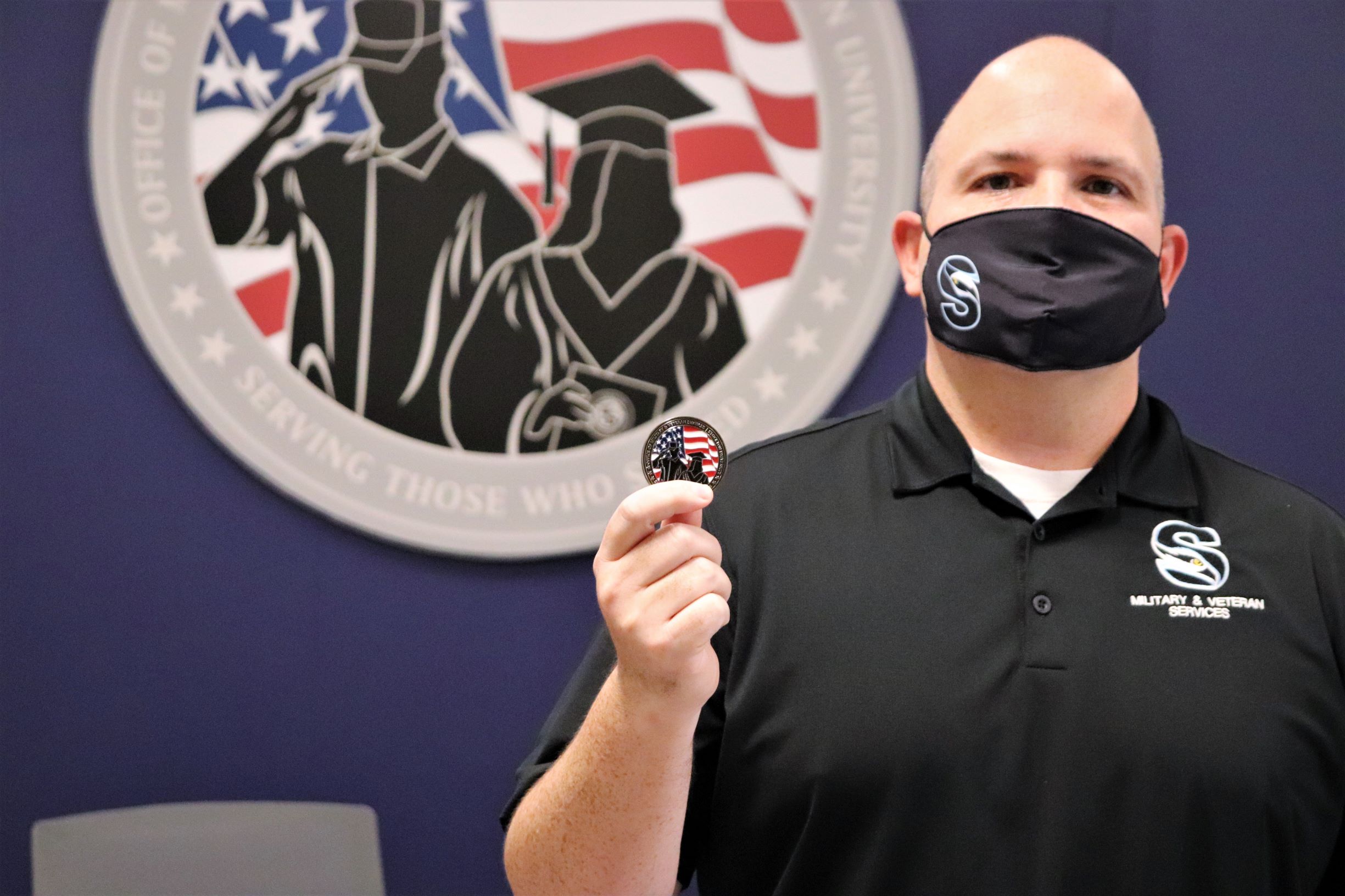 “Today, challenge coins are carried by soldiers, sailors, airmen and Marines, as well as lawmen and firefighters. These coins identify the bearer as a member of a particular unit with a well-defined history and mission. And, wherever warriors gather, they challenge each other by ‘coining.’ The group’s unique coin is slammed on a bar to challenge all in the group to display their own coins; he who is last must pay a penalty, which is typically buying a round of drinks for everybody who participated.”

“A challenge coin is not merely a token. Challenge coins today are a tangible source of pride for American warriors at every level in the chain of command,” Babin said. “Today, we will be presenting our graduates with one such coin to symbolize our commitment to them and their commitment to us.”