Galloway, N.J – It could not be held in person, but the Third Annual Wally and Lutz Hammerschlag Summer Educator Seminar sponsored by the Sara and Sam Schoffer Holocaust Resource Center at Stockton and the Yad Vashem International School for Holocaust Studies in Israel, expanded its reach to more educators through Zoom. 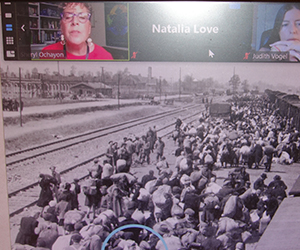 More than 100 teachers participated in the four-day workshop from Aug. 17-20.

“We usually have about 50 teachers of grades 5-12 attend,” said Holocaust Center Executive Director Gail Rosenthal. “This year we have twice as many through Zoom, including one from Paris and one from India. I really appreciate that teachers, who have so much to deal with right now, still took the time to participate and learn more about how to teach the Holocaust to their students digitally as well as in person.”

“We usually can only manage to bring two representatives of Yad Vashem to campus,” Rosenthal said. “But through Zoom, we were able to get six.” 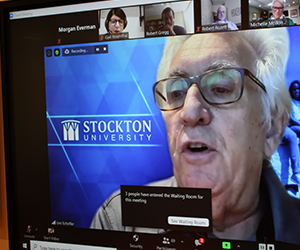 Stockton Board of Trustees Chairman Leo Schoffer, the son of Holocaust survivors for whom the Stockton center is named, welcomed participants.

“I had the benefit of growing up in a household with parents who wanted me to know their stories,” Schoffer said. “The memoirs of survivors were fundamental to the growth of the Holocaust Center. As the years go by we are losing them as live witnesses.”

Workshop topics included: how to teach about the Holocaust using well-known icons, using art to effectively teach the Holocaust, the use of photography through the lens of the victims and the perpetrators, the use of poetry to achieve a student connection to history, the use of films via digital learning and how to remember the past to ensure a better future. 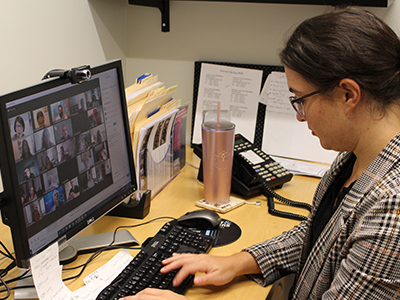 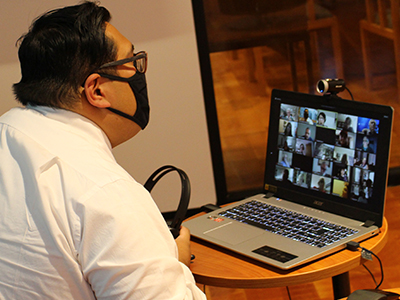 Participants were able to comment and post questions.  One noted that he had family members in one of the concentration camps mentioned.  Another was thrilled to see photos of Anne Frank’s actual diary.  A former student in Stockton’s Holocaust and Genocide Studies programs said she is now teaching the subject.

“The quality of the presentations was exceptional,” said Rosenthal.

All sessions were recorded and will be posted on the Holocaust Center website.