Student teacher Danielle Naoum reading to her class before the COVID-19 virus shut down schools and storytime moved online.

Galloway, N.J. – Student teaching and classroom clinical experiences became a very different experience for Stockton University students, who had expected to spend the spring and early summer semesters at area schools, inside a classroom with a teacher. 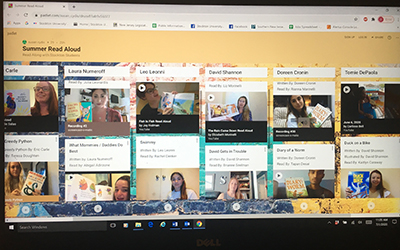 Instead, midway through the spring semester they found themselves teaching from home. But that did not stop them from learning as they, along with their mentor teacher and students, learned to adapt to online instruction and make the most of it.

Associate Professor of Education Susan Cydis’s students typically take a class on literacy while also working with children grades K-2 in Pleasantville schools. Cydis received a $1,500 grant award from Dollar General and used the funds to purchase popular children’s books, which 31 Stockton students in the Literacy Development read out loud on the web-based platform Padlet.com.

The books were then given to elementary school students in the Pleasantville School District to take home and make a permanent part of their personal libraries. The Summer Read Aloud program lets children listen to the stories the Stockton students’ recorded and read along, creating a shared reading experience throughout the summer months.

“Once classes went online, it was even more important to have students engage with literature,” Cydis said.

“This was a very exciting project and one that is even more important given the current pandemic and the children getting less face-to-face time with their teachers,” Cydis said.

Student Teachers Adapt to New Ways of Teaching and Learning

Stockton students who did their student teaching in the spring said they were fortunate in that they began right after the new year in January, so they had time to get experience in the classroom and get to know the students.  That helped them be more effective when they did move online.

A few shared their experieces:

Danielle Naoum of Margate worked with second grades at the Dawes Avenue School in Somers Point. Like many others, they at first thought they might be teaching remotely for a couple of weeks and prepared lesson plans on Class Dojo. 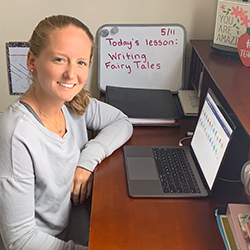 “With children that young, the first challenge was just getting them to log on so that they would know there were lessons,” she Naoum said.  “We just picked up the phone and started calling families. At that age, you really rely on the parents.”

Her mentor teacher, Stephanie Faber, said Naoum videoed a daily read alouds from a chapter book, created videos for writing, and gave feedback on work that the students submitted on ClassDojo. She was also involved in all zoom meetings.

“She was involved in all aspects of teaching even when the students were learning from home,” Faber said.

Once her student teaching ended, she was asked to stay on as a substitute for six special education students who were part of a regular class.

“The hardest part was just getting them into the new routine of an online school day,” she said. “I was meeting them for the first time on Zoom, and they are like ‘who’s that?’ It was a challenge at first. I hard to learn all about them and what levels they were on. But they got used to me.”

Naoum also set up a “mini-classroom” in her home office so she would have access to a whiteboard and some books.  She said she tried to keep all of her activities to the class period because she realized parents were also coping with their own issues.It is a lot on the parents, too,” she said. “They had to help.”

Alay’Ziah Haraksin of Pleasantville worked with fifth graders at the South Main Street School in Pleasantville.  She hopes to teach fifth grade because she sees it as a time when students need extra guidance.

She student taught with Raymond Frazier and said she especially enjoyed the experience of working with a male teacher. 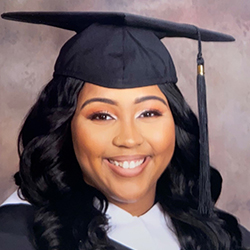 “He was so calm and open to letting me try new things,” she said. “I really learned a lot.”

Haraksin said the Instructional Technology Class she took at Stockton was especially helpful when they switched to online classes.

“I was able to help the teacher,” she said. “We talked almost every day.”

She said the hardest part of teaching online was getting the students to participate. She said students had the technology, but needed motivation. The fact that she already knew the students helped, but it was still a challenge.

“The students who struggled in class also didn’t do well at home,” she said. “If parents weren’t that involved before, they still weren’t at home.”

Haraksin said the experience convinced her that she really does want to be a teacher, hopefully in her hometown.

Alyvia Chiemingo of Tabernacle student taught in a second grade class at the Charles Spragg School in Egg Harbor City. She said it was a shock when schools closed.

She worked with the classroom teacher to develop two weeks of lessons, and she also posted videos and read books in video the students could watch. 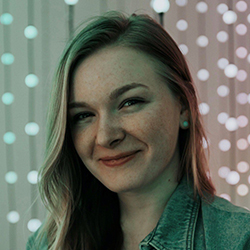 “We would do a Zoom meeting during the day on Tuesday and in the evenings on Thursdays to connect with families and accommodate family schedules,” she said. “Some kids would do both meetings.”

She said a big issue was whether students had the technology at home to do the work, and she also had to adapt to their shorter attention spans.

“I could do maybe six or seven math problems,” she said. “More than that and they’re not paying attention anymore. There are distractions at home and can be hard for them to stay on task.”

Still, she said, overall she was impressed with what they were able to accomplish.  She was especially disappointed that she did not get to say goodbye to them in person.

“Some were upset when I was done in April,” she said.

Matthew Hopkins of Barnegat did his student teaching in an eighth grade social studies class at Lacey Middle School.  He said the school was prepared, and had the students take home all their materials and did a professional day with the teachers. 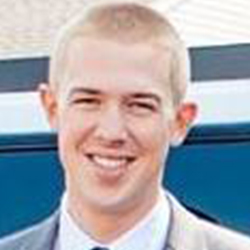 He worked with his mentor teacher to come up with a teaching plan.

“We originally planned for two weeks, but then it lasted much longer,” Hopkins said. “We had to adjust almost daily.”

Hopkins worked with his mentor teacher’s six classes, some of them using Google classroom.  The students had to show every day that they had done the work, and he said monitoring all of the worksheets was a lot of work. He said while the class day was shorter, email assignments would come in all day.

“We’d start at 8 a.m. and not end until 8 p.m. to get all the last emails and late assignments,” Hopkins said.

Hopkins said while they offered video options, most students weren’t watching them.

He said the experience does make him feel more prepared for teaching, and doing the virtual interviews he is doing now that he is looking for a job.

“We talk about how we don’t know how it’s going to be in the fall,” he said. “Will I have to meet a class virtually for the first time?”

Hopkins’ mentor teacher, Nick Madneksy, said Hopkins did an excellent job both in the classroom and online.

“I think that the transition may have been easier for a younger teacher because the university was already preparing them to use a variety of tools, many of them digital, to reach students,” Madensky said.