Galloway, N.J. – W. Paul Coates, founder and director of the Black Classic Press (BCP), will be the keynote speaker at the 16th annual Fannie Lou Hamer Human and Civil Rights Symposium at 2:30 p.m. Oct. 8 in the Stockton University Performing Arts Center. The theme of this year’s symposium will be “The Revolution Will Not Be Televised.” 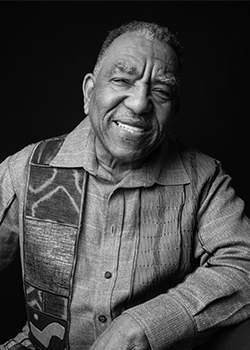 The event is free and open to the public and will also be livestreamed in the Fannie Lou Hamer Event Room at the Stockton Atlantic City Academic Center.

Coates founded the BCP in 1995 to produce books and documents using digital print technology. BCP specializes in republishing obscure and significant works by and about people of African descent.

Fannie Lou Hamer was an advocate for African Americans' voting rights during the Civil Rights movement, and made history in 1964 by giving testimony at the Democratic National Convention in Atlantic City in opposition to the seating of an all-white Mississippi delegation.