Atlantic City, N.J. – Elizabeth B. Alton believed so strongly in access to higher education that in the 1960s she traveled around the state to convince the legislature to fund a new state college in South Jersey.

South Jersey got its college when Richard Stockton State College opened in fall 1971. Elizabeth Alton served on the first board of trustees. 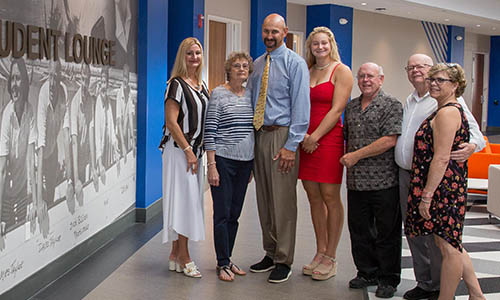 The Alton family has continued her legacy of support for the college and Atlantic City. On Sept. 28 the Alton Student Lounge was named in her honor at the new Stockton University Atlantic City Academic Center in Alton’s hometown.

“Our institution continues to grow into Atlantic City because of the roots set forth by Elizabeth Alton’s vision and activism to build an institution of higher learning in South Jersey,” President Harvey Kesselman said. “Her daughter Elizabeth Endicott, continued her belief in Stockton and remained committed to scholarship and commemorating her mother’s legacy.”

The second-floor lounge now features a mural that Alton’s grandson, Michael, called “jaw-dropping.” It includes photos of Alton at different stages of her life, and a boat with Alton, her husband and other prominent members of Stockton’s founding community, their names written in Alton’s handwriting. 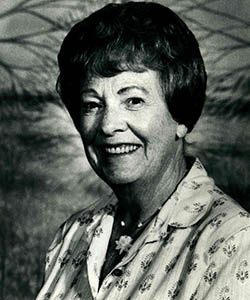 “It would mean a lot to her to see this,” Michael Alton said. “There would be tears, but she was very humble and would say it was too much.”

“The rowing community has really been a large part of the Alton family, starting with my Father,” Elizabeth’s granddaughter, Karen Alton, said.

Karen Alton recalled her grandmother as a woman ahead of her time.  Born into a prominent family in Atlantic City, Elizabeth graduated from the local high school then went on to Syracuse University in the 1920s, a time when few women attended college.

Active in social and community organizations across the state, when she decided to lobby for a college in South Jersey, she left no stone unturned.

She succeeded, but not without overcoming resistance from those who preferred it be located in North Jersey.

“They tried to shut her down,” said Karen Alton. “They even put he 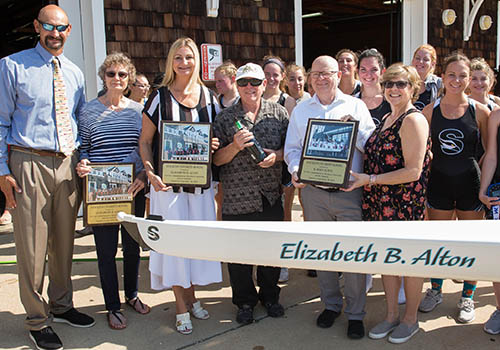 r on jury duty. But if you told her no, she just would not stop.”

Alton also wrote a book about the founding of Stockton called “The Stockton Story” and Karen Alton remembers the yellow legal pads her grandmother wrote on scattered all over the house.

“She handwrote it then typed it up herself,” Karen said. “I remember when it was published and she came to the house with a hard copy.”

In 2004, Stockton named the auditorium in Galloway Township after Elizabeth Alton, who passed away in 2006 at the age of 100.  The family also created the Elizabeth Alton Endowed Scholarship at Stockton.

Karen Alton said her grandmother was an inspiration and she models her life after her.