Galloway, N.J. – Whether it be facing the pungent danger of a skunk, or trekking through fields with his five kids and wife, Samuel Scoville Jr narrated his adventures with wild animals and his family in a way that made it difficult to put his stories down.

Samuel Scoville, Jr. was an adventurer, outdoor enthusiast, story-teller, and a devoted father and husband. Through his novels, Everyday Adventures, published in 1920, and The Out of Doors Club, published in 1919, readers can imagine exactly what his venturesome life was like. 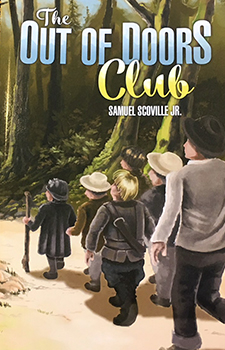 The South Jersey Culture & History Center has republished the novels to share the breathtaking stories that take place in the Pine Barrens. In them Scoville tells of encountering a family of foxes, and seeing a rare bird for the first time in such a compelling way that it feels as if the reader is experiencing it with him.

“Whether listening to the birdsong of unseen birds, searching for hidden nesting places, or quietly observing the daily routines of birds in nature, Scoville describes his surroundings vividly, often with considerable wit,” wrote Angela Mazzara and Tom Kinsella in the foreword of the republished version of Everyday Adventures.

One of Scoville’s adventures includes a day full of bird-watching and enjoying a book in front a fireplace at his cabin in the woods. He called it a runaway day in Everyday Adventures because he escaped his work life in exchange for a day in the wilderness, which he called “one of the most perfect days that ev 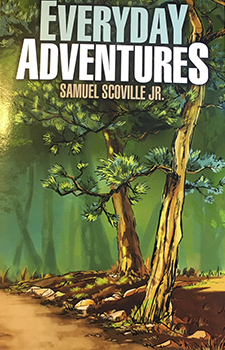 er dawned since the calendar was invented.”

Scoville explored trails through the Pine Barrens and observed wildlife in their natural habitat. Through his words, readers can feel his genuine love for nature and the world.

At the end his runaway day, Scoville witnessed the largest flock of evening grosbeaks that were ever spotted so far south. This rare bird is from the north, making this a very rare occurrence. It was also the first time he ever laid eyes on one. Because of this special encounter, this day was treasured.

The detail he puts into the description of a bird reveals his love for the creature.

“The birds had short, slightly forked tails, and the yellow ring around the eye gave them, when seen in profile, a curious spectacled appearance; while the huge beak and short tail made them seem clumsy as compared with the other grosbeaks,” he wrote.

Readers can sense the intensity of Scoville’s feelings about life and nature through the power of his stories. Even something as simple as getting a drink of water is an experience.

“The Pinies have a saying that he who drinks cedar water will always come back to the barrens, no matter how far afield he may wander,” wrote Scoville referencing the water he claims is the most wonderful in the world.

The two books are available on Amazon for $8.95 each. Copies will also be available at Second Time Books in Mount Laurel, NJ.