Picture Stockton...Reaching for the Stars

Now, as an associate professor and program coordinator of Physics, Trout is working with his students to refurbish the Observatory, located off of Pomona Road, so it can be re-opened for public viewing and research.

Community member David Stout made a gift to Stockton in memory of his son, Timothy, who was an amateur astronomer. His gift is helping students reach for the stars.

The telescope optics will remain the same, but the computer interface from the 1980s is being updated to perform with modern technology.

Briena Feltner, a sophomore Physics major, Patrick Cocola, a senior Applied Physics major, and Courtney Weber, a freshman Physics major, have been working this semester to continue the work of Mariam Saad, an alumna, who began to update the Observatory last year. 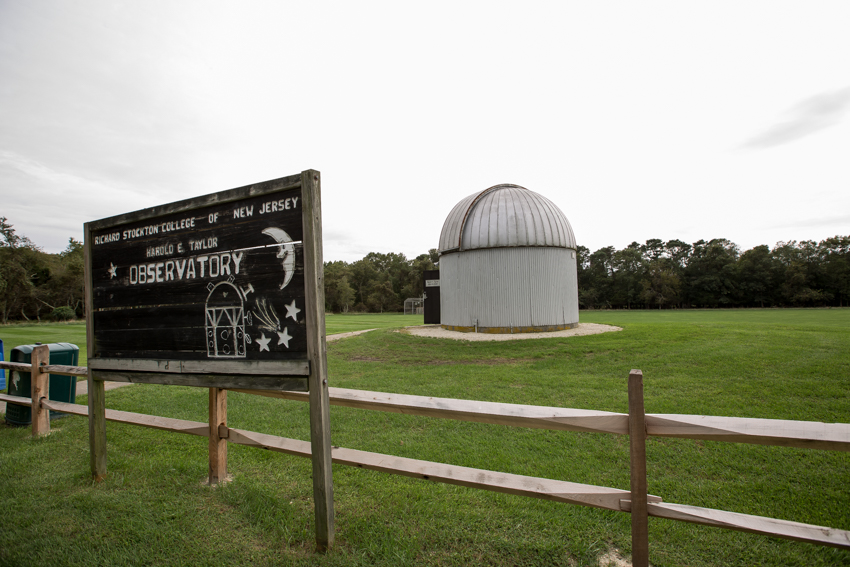 Inside the dome-shaped Observatory, students can reach for the stars. 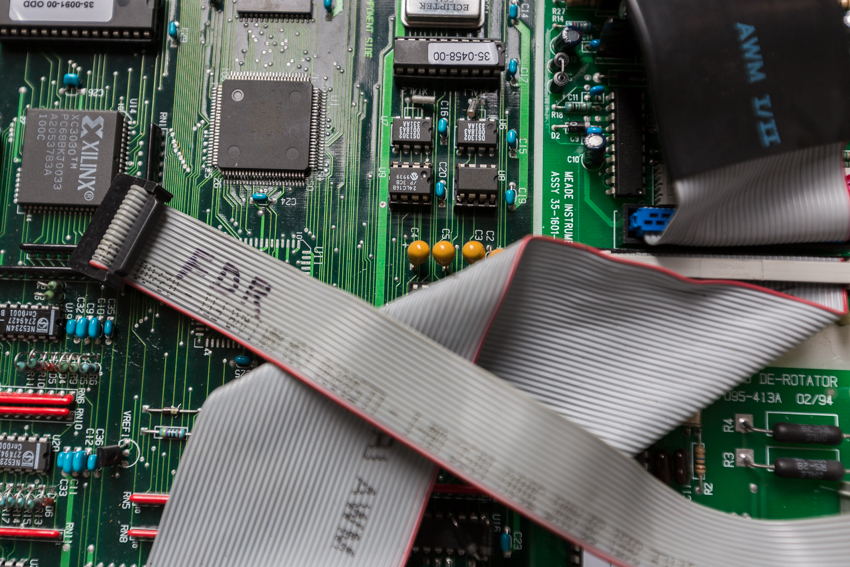 A refurbished circuit board is being installed to update the electronics that operate the telescope in Stockton's Observatory. 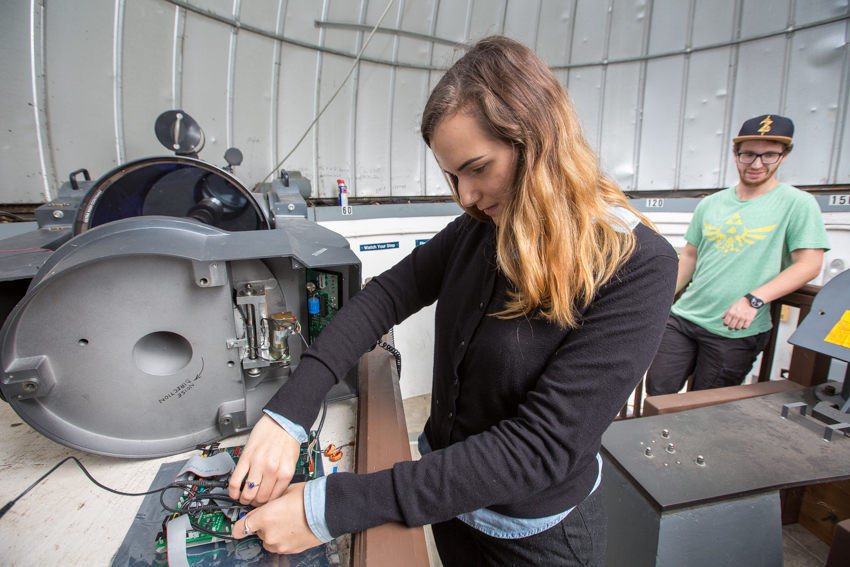 Briena Feltner navigates the maze of color-coded wires on a circuit board. 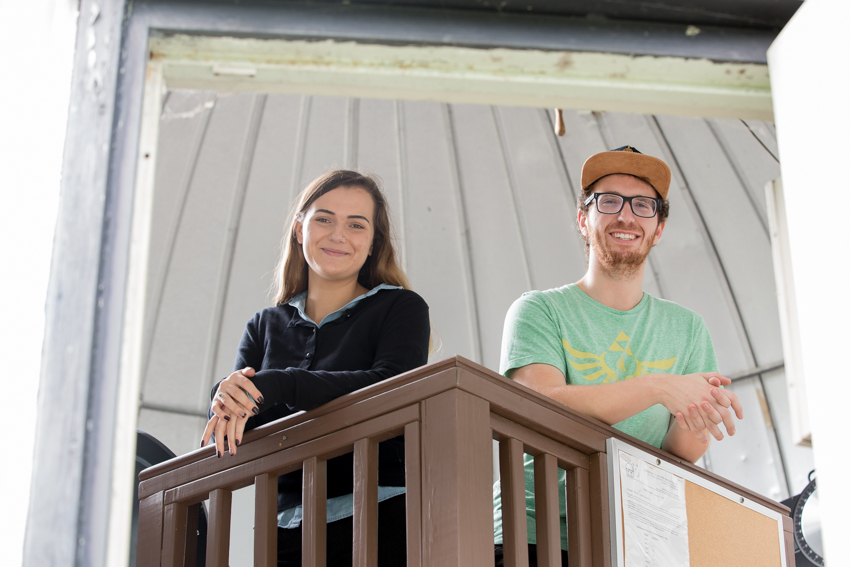 Briena Feltner discovered her interest in astrophysics in a planetarium, and Patrick Cocola was always fascinated by the night sky as a child. 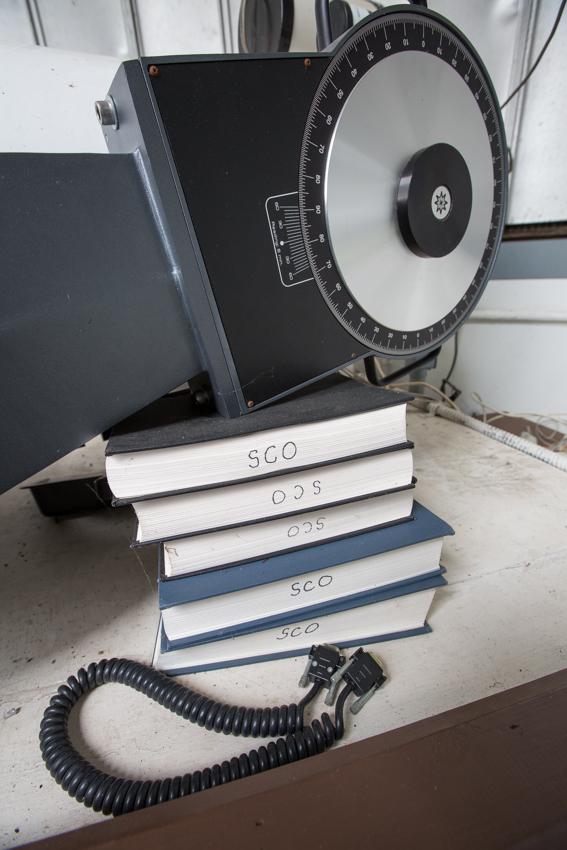 SCO, which stands for Stockton College Observatory, brings back a memory from Stockton's early days. 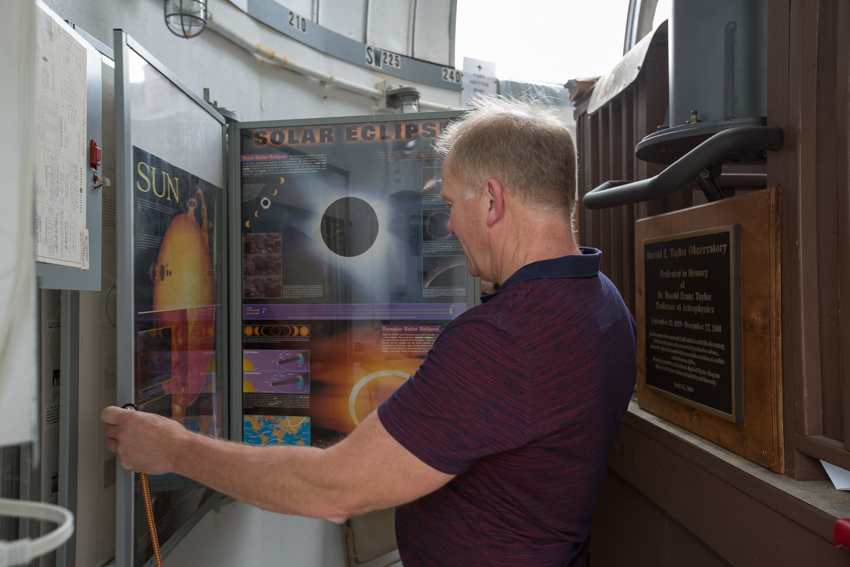 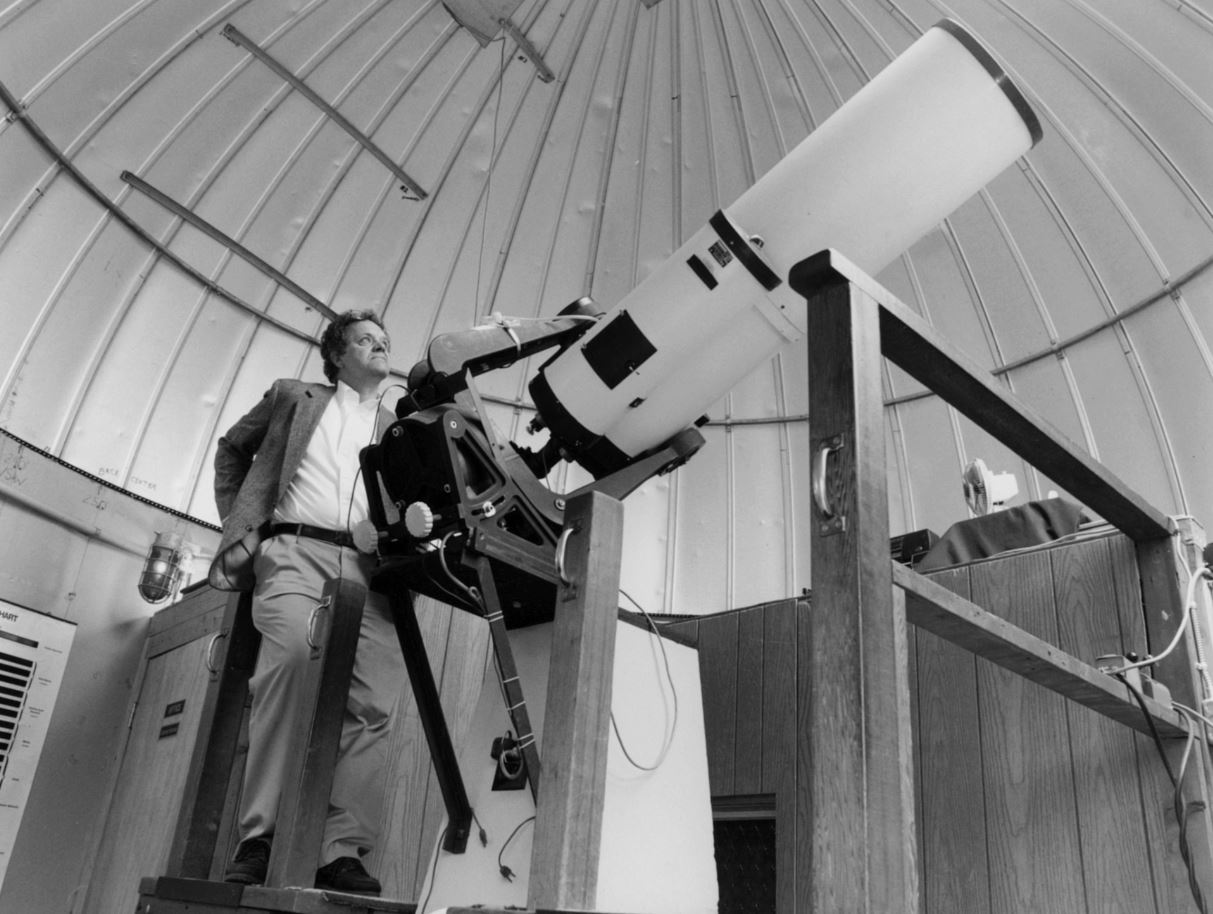 An archival image shows Harold Taylor, who envisioned, built and directed the Observatory, which is used by an average of 60 students per semester during general astronomy courses.