The South Jersey Transportation Authority (SJTA) installed four nesting platforms with a fifth in the works for the university’s mascot. The wooden nest boxes are attached to informational signage along the roadway and include some cedar branches as starter material in the nests and on the ground nearby. 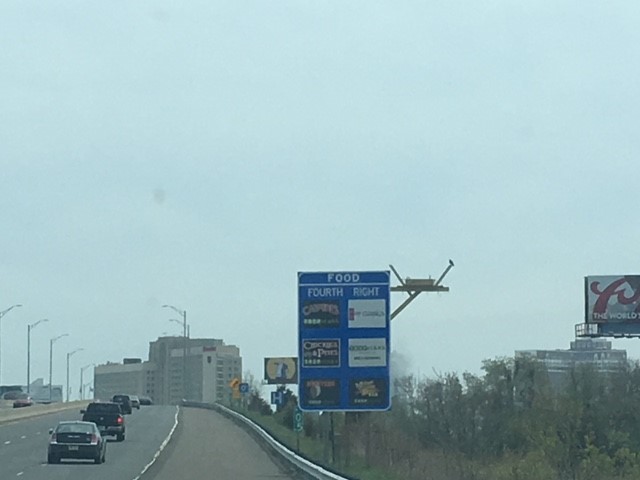 Kathy Clark, biologist for the N.J. Division of Fish and Wildlife, and Steve Mars, a senior U.S. Fish and Wildlife Service biologist, were consultants for the SJTA project and assessed nest placement and colonization potential. Young ospreys typically return to within a few miles of the nest they were born in to begin their own nests.

The osprey platforms are part of a larger roadway environmental advancement initiative that includes nest boxes for the threatened American Kestrel, bluebirds and bats as well as native wildflower plantings along the 40-mile expressway.