A Stockton University science experiment will launch to the International Space Station (ISS) aboard the SpaceX Falcon 9 on Friday, June 29, in search of answers that could enhance medicine for patients.

Drug delivery vehicles for controlled release anti-cancer drugs and insulin cannot self-assemble with uniform shape on Earth, but there’s a chance they can in outer space.

Part of the experiment will remain on campus as a control, while the other half will go to space.

The carriers that enclose medication must be the same size and shape to safely release a drug to a patient. The team’s theory is that the absence of gravity will affect the structural consistency of drug carriers during self-assembly.

The team slogan and hashtag is #PEGmashers. When Pamela Cohn shared that she played on the Macro Mashers flag football team with the Macromolecular Science and Engineering Department as a postdoctoral researcher, the students came up with their own unique slogan for their experiment that uses the PEGMA polymer. 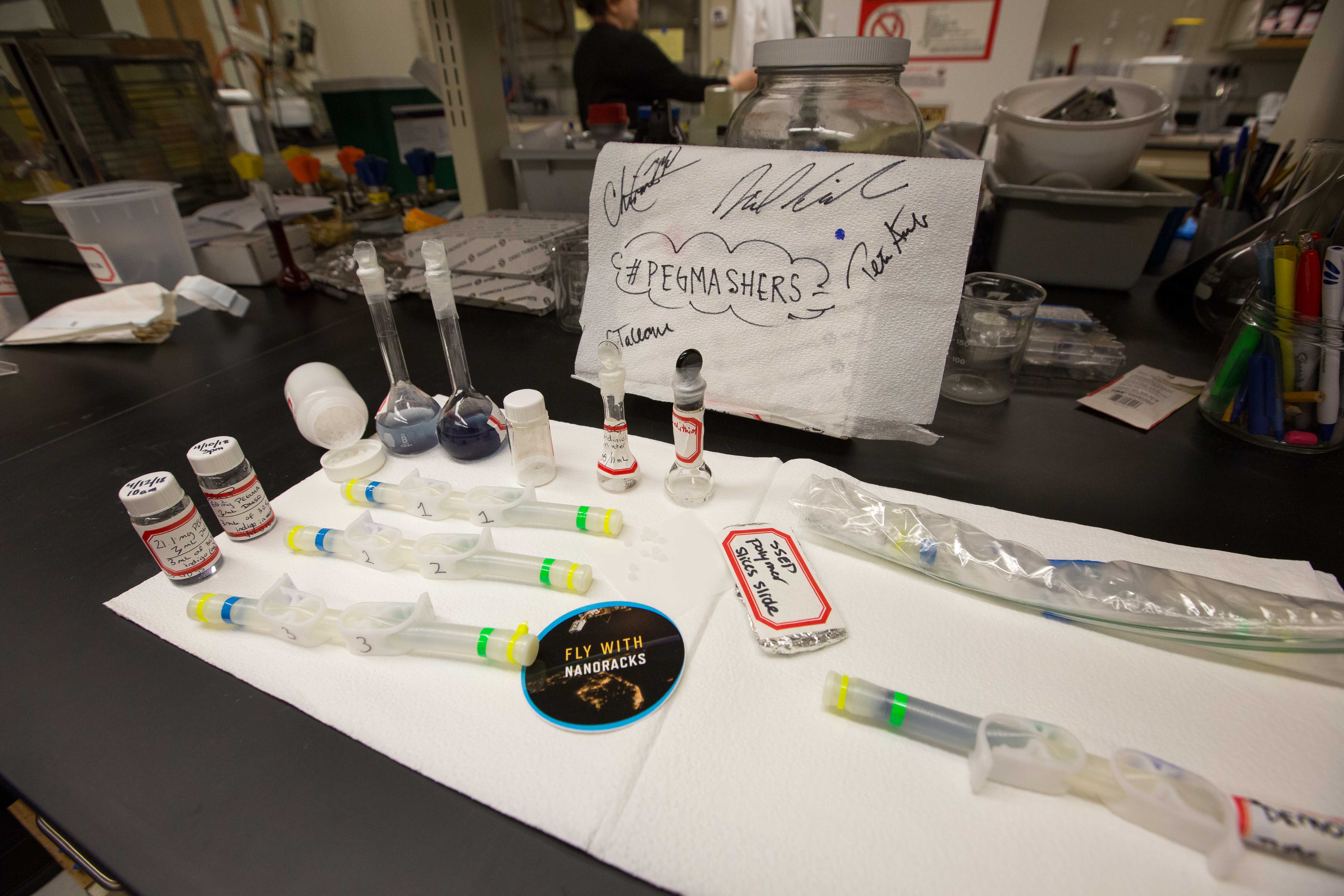 Robert Lind designed the winning mission patch that will fly with the experiment into space. Lind is a rising sophomore at Atlantic County Institute of Technology in the Aviation Studies program. He is excited for the opportunity to attend the launch to see his patch blast off to the ISS.

If the team discovers that structurally consistent drug carriers can be created in a microgravity environment, then controlled release drugs can be made in laboratories that simulate weightlessness on Earth. If not, then there are likely forces unknown to science that impact self-assembly.

The launch is weather dependent, and any delays will be announced by Spaceflight Now. NASA TV will stream live coverage of the launch beginning at 5:15 a.m. EDT with the launch scheduled for 5:42 a.m.

The Student Spaceflight Experiments Program [or SSEP] is a program of the National Center for Earth and Space Science Education (NCESSE) in the U.S. and the Arthur C. Clarke Institute for Space Education internationally. It is enabled through a strategic partnership with DreamUp PBC and NanoRacks LLC, which are working with NASA under a Space Act Agreement as part of the utilization of the International Space Station as a National Laboratory.