Galloway, N.J. - A state public bank for New Jersey would have a large positive effect on jobs and state earnings according to a report prepared for the William J. Hughes Center for Public Policy at Stockton University. 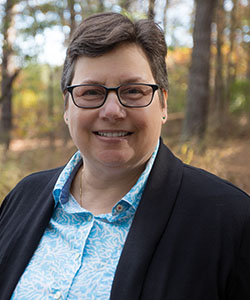 The report, “Exploring a Public Bank for New Jersey: Economic Impact and Implementation Issues” was prepared by Deborah M. Figart, Distinguished Professor of Economics at Stockton, in response to Gov. Phil Murphy’s support for the concept.

Figart estimates that every $10 million in new credit or lending by a state bank would yield between $15 million and almost $21 million in gross state output and between $3.5 million and $5.2 million in state earnings. Between 60 and 93 new jobs would be created.

“In analyzing the economic impact of a public bank, the question is: ‘How much new output and new earnings are created for every dollar of new lending in an economy?’ Figart said. “Any new lending from the public bank would have a multiplier effect.”

For her report, Figart modeled feasibility studies completed for proposed public banks in the state of Vermont and in the city of Santa Fe, New Mexico.

State Senators Nia H. Gill and Richard J. Codey have introduced the “State Bank of New Jersey Act” (Senate Bill No. 885) in the Legislature. Figart’s report includes 23 implementation questions that should be answered as the bill goes forward.

Figart recommends that while the bill is being considered, Murphy should have a team of independent expert consultants conduct a feasibility study for the proposed bank, and that a draft business plan for the proposed bank be developed by the State Treasurer and the New Jersey Commissioner of Banking and Insurance.

“Having answers to the questions would help a State Bank of New Jersey open efficiently,” Figart said.

“This report is as perfectly timed, and in fact ahead of the curve, for the coming debate in New Jersey over a public bank,” said Michael W. Klein, interim executive director of the Hughes Center. “With the important economic issues that a public bank could address for the residents of New Jersey – like student loans, infrastructure investment, and loans to small businesses – Dr. Figart’s report offers the governor and other elected officials key financial estimates and a blueprint for moving forward.”

To read the full report click Exploring a Public Bank for New Jersey or go to www.stockton.edu/hughescenter and click on Research.

About the Hughes Center

The William J. Hughes Center for Public Policy (www.stockton.edu/hughescenter) at Stockton University serves as a catalyst for research, analysis and innovative policy solutions on the economic, social and cultural issues facing New Jersey, and promotes the civic life of New Jersey through engagement, education and research. The center is named for William J. Hughes, whose distinguished career includes service in the U.S. House of Representatives, Ambassador to Panama and as a Distinguished Visiting Professor at Stockton. The Hughes Center can be found at https://www.facebook.com/StocktonHughesCenter and can be followed on Twitter @hughescenter.