K9 Dogs Sniff Their Way to National Titles at Stockton 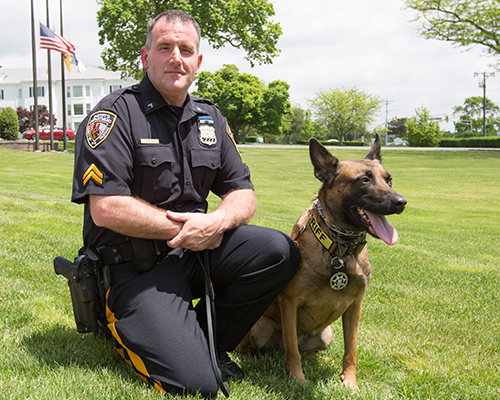 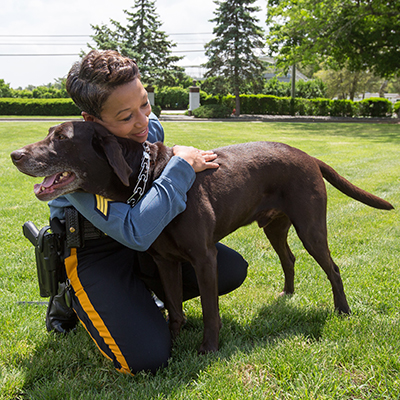 The teams were judged on accuracy, performance and speed in the different events, which were held around the Stockton campus. The awards ceremony was held at Stockton Seaview Hotel & Golf Club Wednesday.

Stuart, who also organized this year’s event, said the three days are not just about competing, but also an opportunity to train and share information with their peers.

“We want people to realize the importance of training and that we want our dogs to be the best they can be so they can do their jobs,” she said. She thanked university personnel and her department for their support during the year-long planning process.

Stockton President Harvey Kesselman said the university was proud to host the event and thrilled that Stuart and Hemi performed so well.

“We recognize and appreciate the work the teams do in keeping the community safe,” Kesselman said. “We are proud to have Sgt. Stuart and Hemi as part of the Stockton community.”

Testino said this was his first competition with Luna, and he was thrilled she performed so well. He said competing at a new site is great training for the dogs so they can get used to working in different environments and smelling different narcotics blends.

“It’s great to be able to have fun and learn while doing what you love,” he said.

USPCA National President Jason Brodt said the event showcases the “best of the best” in the association. He thanked the competitors for attending and said he hopes to see the competition grow each year and help advance canine training.

The top overall finishers are: 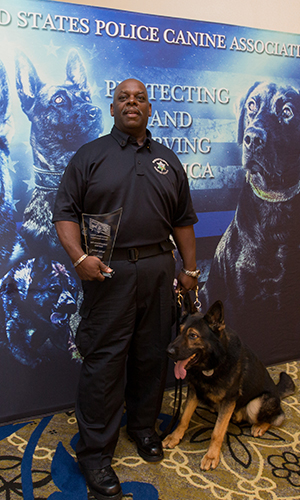