Members of the Asian Student Alliance (ASA) E-Board Table at the 2018 Spring Get Involved Fair.

The Asian Student Alliance at Stockton University, also known as ASA strives to bring all students together to help inspire, educate and bring to light relevant issues in today's modern Asian society.

“It is really about spreading more awareness of the everyday lives of Asian Americans and their impact on society” said Sabrina Sarwar, co-vice president of ASA. “We want to promote the events and accomplishments of Asian Americans while also sharing the culture.”

In line with its mission, the club hosted a Stockton X Talk at 6 p.m. Feb. 23 in the Campus Center Theater, where students shared stories about how they deal with racism, stereotypes and what it feels like to be a minority.

Throughout the rest of the semester, they plan to stay very active on campus. 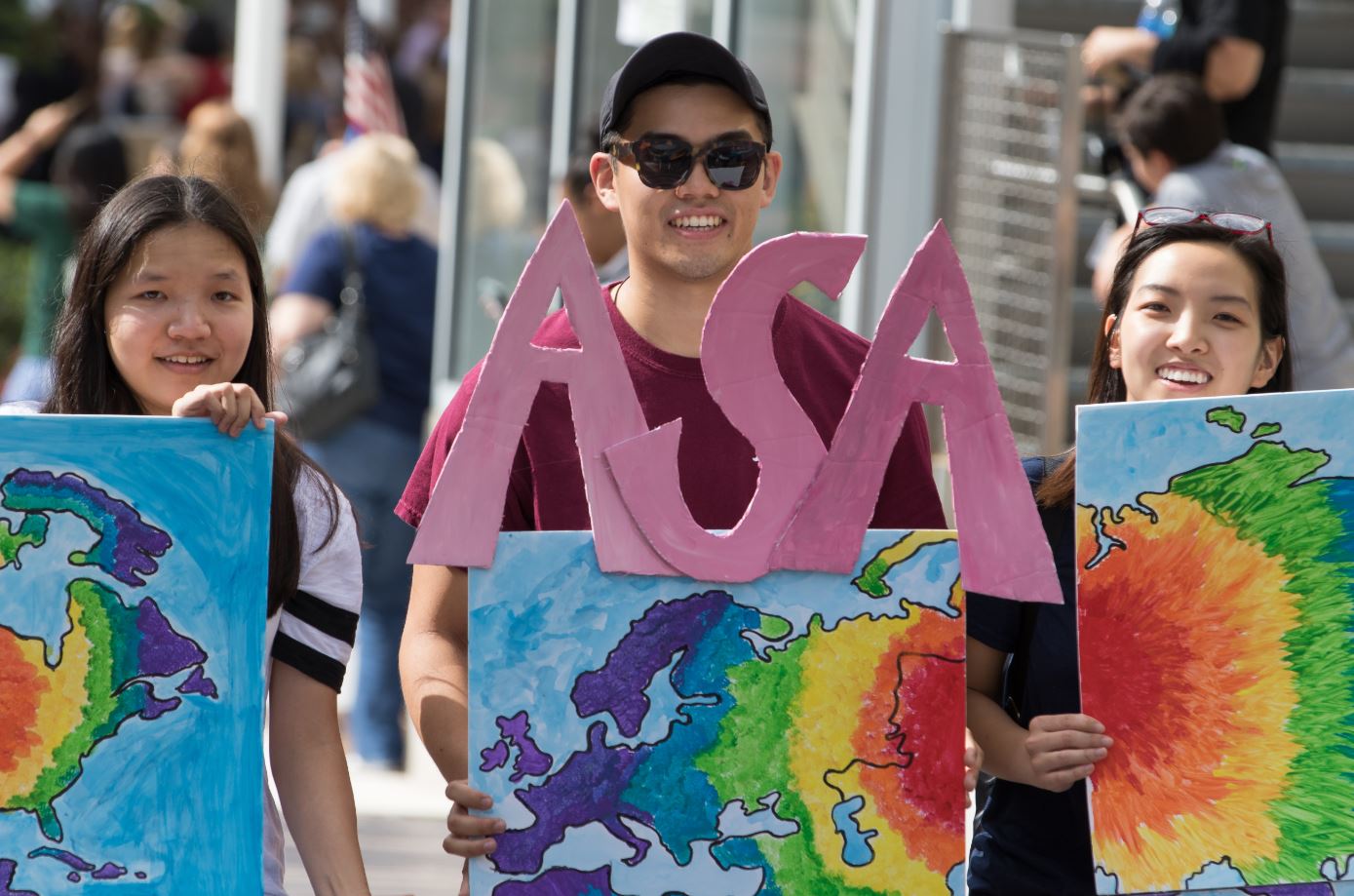 ASA will sponsor a new event this semester titled ‘Mr. ASA,’ which will take place at 7 p.m. Friday, March 30 in the Campus Center Theater. The event will raise funds for and support the Henry Lee Memorial Scholarship.

The club will also host their Phoenix Night market at 7 p.m. April 5 in the Campus Center Event Room.

“Phoenix Night Market will look like a bazaar with activities at each stand, booming prizes and live entertainment,” Sarwar said

“We also participate in ECAASU every year, the East Coast Asian American Student Union,” she said. This year’s event will be hosted by Cornell University and will focus on immigration issues.”

ASA invites students to attend meetings every other Tuesday at 4:30 p.m. in C135. Their next meeting will be after spring break.

Students from all different cultural backgrounds are encouraged to join and participate in their annual events.