A residential campus is planned to expand Stockton University’s presence in Atlantic City, benefiting students and contributing to the city’s renaissance.

The campus will be located at the site of the old Atlantic City High School, at the intersection of Atlantic, Albany, and Pacific avenues, with student residences overlooking the beach and Boardwalk. 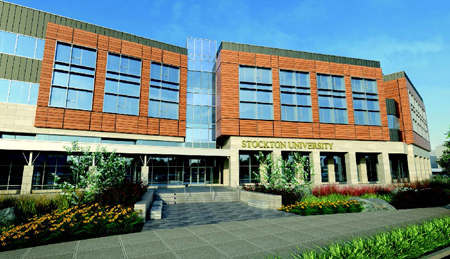 The campus will include: a housing and student center on the Boardwalk for about 520 students; a parking garage topped by new offices for South Jersey Gas, with 879 parking spaces for use by the University, South Jersey Gas and the public; and an academic building that can accommodate up to 1,800 students.

The University plans to open the Atlantic City campus in 2018 with about 1,000 students and grow from there.