The MAHG program is committed to innovative and challenging research and teaching on the Holocaust, other genocides, the prevention of mass atrocities, and the promotion of human rights.

The MAHG faculty guide students in developing and completing original capstone projects such as MA theses, internships, and special projects that prepare them for success in professional advancement. Furthermore, the significant public engagement opportunities that the MAHG program offers support Stockton University’s mission to develop engaged and effective citizens, both locally and globally."

Doug Cervi, Adjunct Professor of Holocaust and Genocide Studies at Stockton University and MAHG graduate (2002), is named Executive Director of the New Jersey Commission on Holocaust Education. Professor Cervi was featured in the Philadelphia Inquirer. Read the full article here.

Donate to the MAHG Program

Podcast: We Need To Talk About Genocide

The Master of Arts in Holocaust and Genocide Studies (MAHG) at Stockton University, founded in 1998 as the first program of its kind in the country, offers a rigorous interdisciplinary and wide-ranging education on genocide and mass violence. Through face-to-face and online courses taught by internationally renowned faculty, the program prepares its graduates for employment in education, museums, and organizations that aim to stop and prevent mass atrocities. The MAHG program’s diverse and growing faculty ---with expertise in history, political science, communication studies, criminal justice, and education --- work to ensure the success of our students. We also host a distinguished senior visiting scholar every year.

Message from the Coordinator

The challenges that MAHG faculty and anyone working in this field face are immense. Genocidal violence is currently unfolding in a number of places around the world. The government in Myanmar has been conducting a campaign of destruction against Rohingya Muslims since 2012, which has pushed more than 900,000 to flee to neighboring Bangladesh where they languish, unwanted, in refugee camps. More than 5.6 million people have fled the civil war and mass violence in Syria since 2011, with almost half a million people dead and destruction of unprecedented dimensions. Rohingya Muslim and Syrian refugees count among almost 80 million refugees today; around half of them are under the age of 18.

The MAHG program is designed to help students explore and understand central historical processes in the making of this reality—our world in which the post-Holocaust cry of “never again” has remained an empty slogan, certainly for these tens of millions of refugees. We strive to fill these words with meaning. To this end, we study the Holocaust as an integral part of modern genocide and mass violence—before, during, and after World War II. Students read and learn about European empire building, settler colonialism, and destruction of indigenous societies around the world; the trans-Atlantic slave trade and slavery in the US; the rise of exclusionary nationalism and the nation-state system in the twentieth century, including post-colonial states in the Global South; and the threat of nuclear weapons. And they discuss issues and questions that intersect with the dynamics of genocide, including human-induced environmental destruction, sexual violence, human security, and genocide prevention. Indeed, the program includes the first university-based Genocide Prevention Certificate Program in the world, a 15-credit online program founded by Dr. Elisa von Joeden-Forgey and taught by the best minds in the field. The Certificate can be taken on its own or as part of the MA program. The Certificate program has allowed us to offer the option of completing the entire MA program online.

The MAHG program emphasizes excellence in scholarship, teaching, and student learning. We are proud of our small classes, our seminars designed to meet student interests and needs, our generous fellowships and scholarships, our partnerships with university programs and organizations across the globe, and the diverse learning experiences we offer, which include internships with institutes throughout the United States and beyond, independent studies, lecture series and workshops at Stockton University, study tours, and research opportunities.

I invite you to contact my office at 609-652-4542 or e-mail Raz.Segal@stockton.edu for further information and with any questions.

The MAHG degree requires the completion of 35 credits and the submission of a master's thesis or capstone project: one 3-credit core courses (Introduction to Holocaust and Genocide Studies), two 1-credit required courses (Introduction to Graduate Studies and Thesis/Capstone Proposal), one 3-credit methods course (Research Methods in Holocaust and Genocide Studies), one or two 3-credit thesis or capstone courses, and eight or seven 3-credit elective courses. All the online courses in the Genocide Prevention Certificate (GPC) program count as MAHG electives and are open to MAHG students. Please refer to the GPC website.

To be considered for admission to the Master of Arts in Holocaust & Genocide Studies Program, applicant must submit the following:

1. Do I need to have a specific degree for admittance into the program?

No, however, applicants must have a baccalaureate degree from an accredited college or university. If you are a recent Stockton graduate, you may qualify for the Direct Entry Option.

2. What are the prerequisites?

No standardized tests are required.

4. When are students admitted to the program?

Students are admitted in both Fall and Spring semesters.

5. When is the deadline for applications?

6. Can I take some courses prior to being admitted into the program?

Yes. Up to two courses may be attempted on a non-matriculated basis. However, performance in these courses does not guarantee admission. Please visit the Website for the Non-Matriculated (Non Degree) Option.

7. Can the program be completed as a part-time student?

Yes, the program can be completed as a part-time student.

Students with additional questions are encouraged to call the Office of Graduate Studies at 609-626-3640 or email gradschool@stockton.edu.

Listing of Program Faculty and Staff 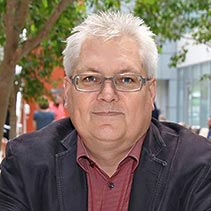 Dr. Segal earned his Ph.D. at the Strassler Center for Holocaust and Genocide Studies (History Department), Clark University (2013). Dr. Segal is engaged in his work with the challenges of exploring the Holocaust as an integral part of modern processes of imperial collapse, the formation and occasional deformation of nation-states, and their devastating impact on the societies they sought (and seek) to break and remake. Integrative and comparative, his research stands at the intersection of modern European history, Holocaust scholarship, Genocide Studies, and Jewish history, and links the Holocaust to genocide and mass violence before, during, and after World War II. Dr. Segal’s book, Genocide in the Carpathians: War, Social Breakdown, and Mass Violence, 1914-1945 (Stanford: Stanford University Press, 2016) explores these issues through a regional case study. Dr. Segal also serves as Executive Secretary (2017-2019) on the Executive Board of the International Network of Genocide Scholars (INoGS: https://inogs.com/executive-board/).

Areas of Expertise: Holocaust and Genocide Studies; modern European history (with a focus on central and southeast Europe); Jewish history

Dr. Christina M.Morus is an Associate Professor of Communication & Genocide Studies, and currently the Chair of the Communication Studies program. With an academic background in Rhetoric, with an emphasis on Peace & Conflict and Gender Studies, a critical consideration ofpre- and post-conflict discourses at the intersections of gender, media, politics, popular thought and public memory are at the core of her scholarship and pedagogy. In 2009, Dr.Morus was a Fulbright Scholar in residence at the University of Belgrade’s Faculty of Political Sciences and the Center for Women’s Studies. She continues to work closely with Belgrade’s pacifist, feminist organization Women in Black and their sister organization DAHTheatre on issues of gender and transitional justice in the Balkans, often serving as a grant writer and English language project coordinator for both groups. While much of her field research centers on the 1990s wars in the former Yugoslavia, she has also worked on the 1994 Rwandan Genocide, the Khmer Rouge Genocide in Cambodia, the Genocide of Guatemala’s Maya, and the struggle against Apartheid in South Africa. Her past projects considered the impacts of Serbian historical narratives, embedded within a range of public discourses, on the normalization of violence that accompanied the 1990s wars in the former Yugoslavia. Her current research considers the impacts of historical narratives on post-war discourses and the extent to which they influence regional sustainable stability and social repair. She is presently working on a book analyzing the ways in which grassroots civil society organizations in Serbia and Bosnia are shaping post-conflict transition through carefully crafted, consciously counter-hegemonic, vernacular rhetorical strategies deployed in public space. Dr. Morus’ publications include:

Dr. Balasco specializes in Comparative Politics with a focus on Latin America. Her research interests include transitional justice, human security, human rights, and democratization. Her latest projects focus on the Colombian peace process and the emergence of transformative justice in the Americas. Her most recent publications include: 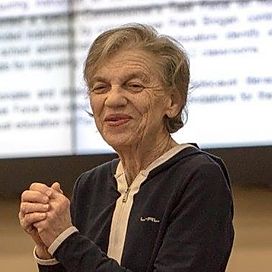 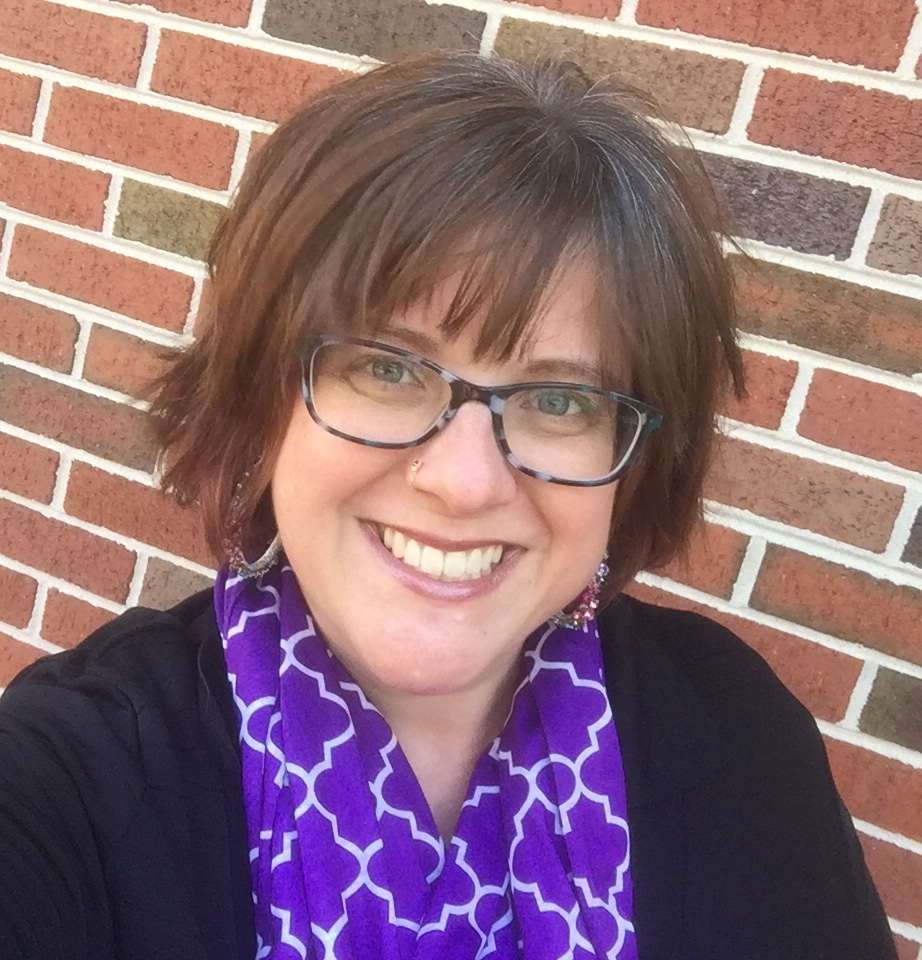 Dr. Bonnan-White specializes in the study of homeland security, emergency management, human security, and community response to conflict and crisis. Dr. Bonnan-White’s latest publications focus on community engagement in higher education, assessing community vulnerability, and humanitarian planning in Palestine. She has recently turned her attention to understanding the nexus between policing agencies and community perceptions of security. Her recent publications include: 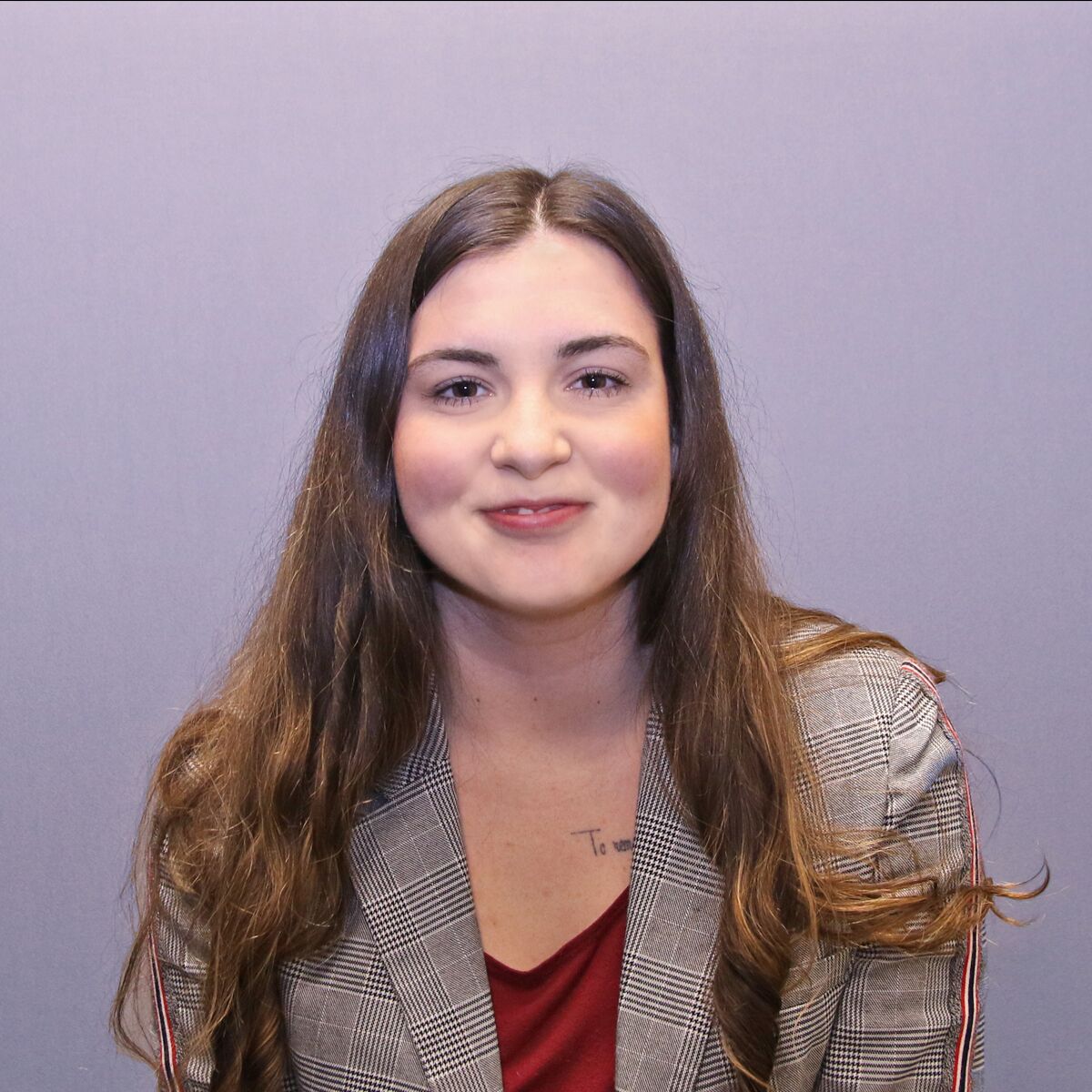 Dr. Dienke Hondius, Assistant Professor of History at Vrije Universiteit Amsterdam, The Netherlands  and Advisor and Staff Member for International Education Projects at the Anne Frank House, Amsterdam, the Netherlands

Assistant Professor of History at Vrije Universiteit Amsterdam, The Netherlands  and Advisor and Staff Member for International Education Projects at the Anne Frank House, Amsterdam, the Netherlands

Dr. Dienke Hondius is an assistant professor of contemporary history at  Vrije Universiteit Amsterdam and advisor and staff member for international educational projects at the Anne Frank House in Amsterdam, the Netherlands. Hondius joined the educational department of the Anne Frank House and in 1984, and in 1985 she helped create “Anne Frank in the World, 1929-1945” the first traveling Anne Frank exhibition. After earning her doctorate from the University of Amsterdam in 1999, she worked as postdoc researcher at the Netherlands Institute of War Documentation, and began teaching at Erasmus University Rotterdam and University Utrecht until 2008. She joined the teaching faculty at VU University in Amsterdam in 2004 and continues to teach there today.

Her research focuses on the Holocaust, anti-Semitism, race and racism, oral history and biography, modern European and colonial history, the history and memory of slavery and the slave trade, and other related themes. In addition to teaching, Dr. Hondius has initiated several special research projects including Mapping Slavery, co-produced digital maps and three guide books on slavery history and heritage in Amsterdam, Dutch New York (City and State), and the Netherlands, addressing locations relevant to slavery history and black heritage. This project aims to increase the visibility of the Netherlands slave history and encourage conversations on race relations: https://mappingslavery.nl/en/

Today, Dr. Hondius is working on a research project entitled Mapping Hiding Places, which aims to investigate, collect and map locations and histories of Jewish hiding places in Europe during World War II, to gain more insight into the histories, memories and legacy of Jewish hiding in Europe during the Holocaust. Students at Stockton University are actively engaged in this research project.

Some notable publications from Dr. Hondius include:

NGOs and other organizations

Apply today. If you have further questions or would like to Request More Information please call the Office of Graduate Studies at (609) 626-3640 or E-mail gradschool@stockton.edu.