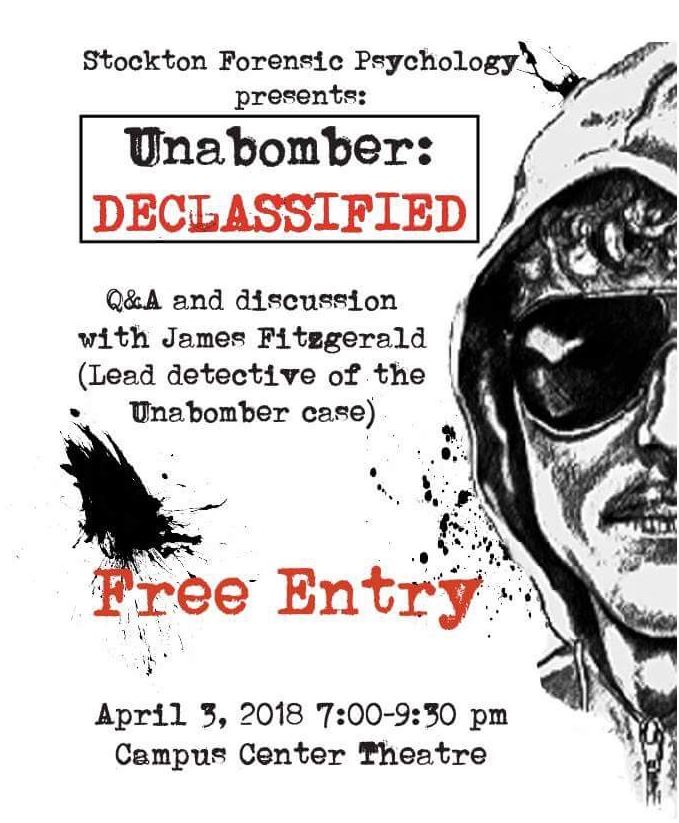 Galloway, N.J. – Retired FBI agent James Fitzgerald, whose skills in text analysis and threat assessment helped break the Unabomber case, will discuss his role on that case at 7 p.m. April 3 in the Campus Center Theatre.

As a forensic linguist, Fitzgerald analyzed the writings of Theodore “Ted” Kaczynski to conclude that they were probably the same as those of the so-called Unabomber, whose 17-year career of bombings in the United States resulted in multiple deaths and injuries.

Fitzgerald now works as a private consultant and technical advisor to such media productions as “Criminal Minds” and “Sleepy Hollow.”  He was a consulting producer on the Discovery Channel’s 2017 mini-series “Manhunt: Unabomber” with actor Sam Worthington playing Fitzgerald.   He has also published several books and articles and serves as an adjunct professor at Hofstra University in New York and at Stockton University.

The talk, which is sponsored by the Forensic Psychology Club at Stockton, is free and open to the public.