Ida E. King Lecture on Nazis and the Media

Galloway, N.J. – Ann Millin will discuss how the Nazi regime suppressed and manipulated the free press at the annual Ida E. King Memorial Lecture at 7 p.m. Nov. 1 at the Milton and Betty Katz Jewish Community Center in Margate. 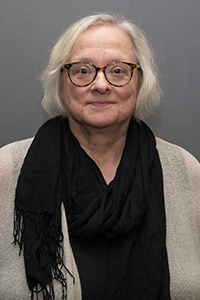 The lecture “When Our Dictator Turns Up” is sponsored by the Sara and Sam Schoffer Holocaust Resource Center at Stockton. Millin is Stockton’s Ida E King Distinguished Visiting Professor of Holocaust Studies for 2018-19.

This year’s lecture commemorates the 80th anniversary Kristallnacht –The November Pogrom, November 9-10, 1938. It will also tell the stories of three American foreign correspondents who strove to report what was happening in Germany and thus, arouse in Americans a response to the threat posed by the fascist regime.

The center will also feature the exhibit “FINAL SALE: The End of Jewish Owned Businesses in Nazi Berlin,” from Oct 29 to Nov 19.

The exhibit shows how Jewish business owners were forced by the Third Reich to close their businesses or to turn them over to non-Jews. The goal of the exhibit for the viewer is to explore how the process, which the Nazis called “Aryanization,” affected individual family-owned businesses and their owners in Germany’s largest city, the capital city of Berlin.

Both the lecture and the exhibit are free and open to the public. Seating is on a first come, first serve basis. For New Jersey educators, 2 professional development hours are available.