Do was also named first runner-up for the Arthur Ashe Jr. Male Athlete of the Year Diverse: Issues in Higher Education. Do competes year-round for the Ospreys as a member of the men's cross country and track & field teams.

He was announced as one of four national semifinalists for the Male Athlete of the Year award and finished as the national first runner-up to University of Miami quarterback D'Eriq King.

Women's basketball player Maddie McCracken (Wildwood/Wildwood) strives to make an impact on and off the court. The 5-foot-8 guard and North Wildwood native helps her community through the Step Back Foundation.

She created the Step Back Foundation as a way to help students throughout South Jersey during her senior year at Wildwood High School in 2019. They have donated backpacks to students at Middle Township High School, provided Christmas gifts such as hats, blankets and toys to Cape May County schools, and distributed Acme gift card to the community during the pandemic.

She is enlisting the help of her teammates to donate children's books to Atlantic City elementary schools. "I asked them to try and get a copy of their favorite children's book," McCracken said. "We're all going to autograph them." 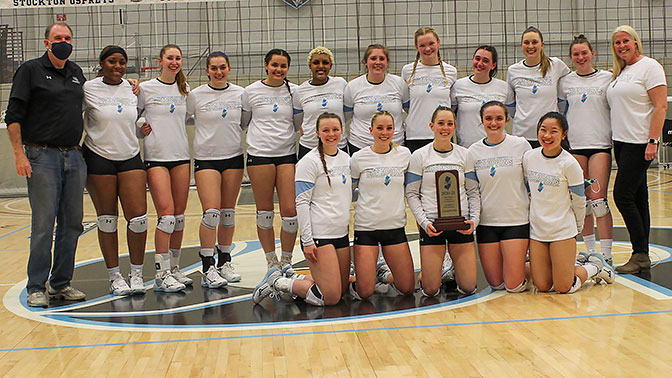 Stockton captured the NJAC volleyball championship in March with a 3-0 triumph over Montclair State. Stockton dominated with scores of 25-12, 25-18 and 25-13 in winning their second consecutive NJAC title and 14th in school history.

Haley Green led all players with a career-high 14 kills, with Christie Louer registering a double-double of 10 kills and 10 digs.

Stockton University finished third or higher to earn medals in all three events in which the Ospreys competed at the famous Dad Vail Regatta on May 8, highlighted by a history-making gold medal for first place in the varsity eight. Now in its 82nd year, the Dad Vail Regatta is the largest collegiate regatta in North America.

The varsity eight won the Division III Final by eight seconds, topping the field of four with a time of 7:07.660 to finish ahead of Marietta, Franklin & Marshall and Washington colleges. The gold medal is the first-ever by a Stockton varsity eight at the Dad Vail, marking another huge milestone for the women's rowing program.

Stockton’s Dontae Loveland of Pleasantville, a Computer Information Systems major, went undefeated with 10 straight wins during the regular season and playoffs to claim victory for the Ospreys. 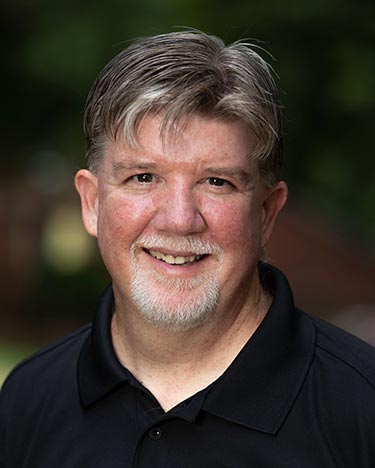 He replaces Kevin McHugh, who retired as athletic director on June 30 after four years at Stockton.