The Hughes Center Honors recognizes outstanding New Jerseyans for excellence in their field and for a commitment to public service, civility and bipartisanship that reflects the life and career of Ambassador William J. Hughes. 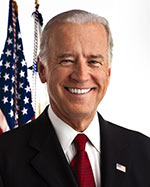 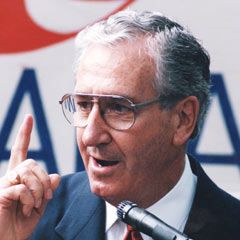 The Center is named in honor of U.S. Ambassador William J. Hughes. A native of southern New Jersey, Ambassador Hughes and his wife, Nancy, live in Ocean City, NJ. They enjoy four children and their spouses and delight in their many grandchildren. A public servant for over 50 years, Ambassador Hughes has been dedicated to the prosperity and freedom of the American people.

Prior to his election to Congress in 1974, he was president of the law firm of Loveland, Hughes and Garrett in Ocean City. He then served for 10 years as First Assistant Prosecutor in Cape May County and established a record of never being reversed on appeal.

Throughout his career Bill Hughes has sponsored numerous projects and initiatives to create jobs, protect the environment and improve the quality of life in southern New Jersey. Serving in the U.S. House of Representatives for two decades and under five presidents, he was a prominent leader as Chairman of the House Judiciary Subcommittee on Crime, House Aging Subcommittee on Retirement Income and Employment, and later the Judiciary Subcommittee on Intellectual Property and Judicial Administration.

As Congressman, Bill sponsored legislation to prohibit ocean dumping, protect our beaches, and enhance the region’s tourism industry. He wrote laws that forced every industrial dumper out of our oceans, banned ocean dumping of sewage sludge, and led the fight against ocean incineration of toxic wastes. Bill coauthored the historic legislation that established NJ’s Pinelands National Reserve and spearheaded the efforts that led to the National Wild and Scenic Rivers designation of the Manumuskin and Menantico Rivers.

He co-founded the South Jersey Economic Development District and won approval of a program that established the nation’s premiere aviation test and evaluation facility in South Jersey. This facility was recently renamed the William J. Hughes Federal Aviation and Aeronautics Technical Center. Bill helped develop a new port in Salem that was designated a U.S. port of entry and helped establish the first Foreign Trade Zone in South Jersey. He secured funds to build five new industrial parks, a federal prison, a marine research laboratory and a new Flight Service Station at the Millville Airport.

Bill was instrumental in restoring rail passenger service and creating international airport service to Atlantic City – critical building blocks that allowed Atlantic City to re-establish itself as the tourism mecca it is today.

Bill was appointed U.S. Ambassador to Panama by former President Bill Clinton in 1995. During this period, one of his greatest contributions to insure democracy was his direct involvement in the return of the Panama Canal to Panamanian control.

Prior to her election to Congress in 2014, Watson Coleman served eight consecutive terms in the N.J. General Assembly. She has fought to help women, economically and socially disadvantaged populations, and other vulnerable groups. She was the first African American woman to serve as Assembly Majority Leader and as Democratic State Committee chair. The former Stockton University trustee is the first African American woman to represent New Jersey in Congress. 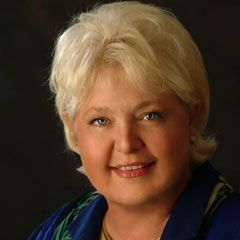 Allen was elected as a Republican to the state Assembly in November 1995, representing the Seventh District in Burlington County. She was elected to the state Senate two years later. Allen serves on Senate committees handling issues of health, senior citizens, veterans and education. Prior to government, Allen was known as a TV news anchor, reporter and producer in Philadelphia and New Jersey. Allen also ran VidComm, Inc., her own media production company. In 30-plus years in the media, Allen has won dozens of regional and national awards. 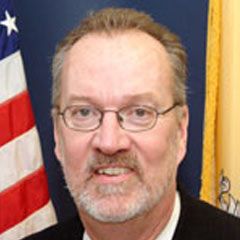 Whelan is a former Atlantic City councilman and mayor. As mayor from 1990-2001, he stabilized a scandal-plagued city government while overseeing economic growth related to casino gaming. He was elected as a Democrat from the 2nd District in Atlantic County to the state Assembly in 2005. Whelan was elected to the State Senate in 2007 and was re-elected twice. He has championed issues related to gaming, tourism and the economy. Whelan attended Temple University, where the former lifeguard became a nationally-ranked swimmer. He has taught in Atlantic City schools for more than 20 years. 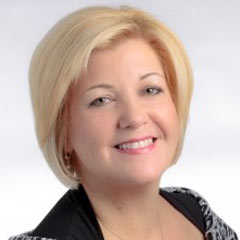 Harrison has taught at Montclair State University since 1994. She is a frequent political commentator for ABC, NBC, CBS, FOX News, NJTV, CBS News radio, and for various NPR radio programs. She has authored several books and various peer-reviewed journal articles. Harrison received her B.A. from Stockton University in 1988, her M.A. from Rutgers University, and her Ph.D. from Temple University 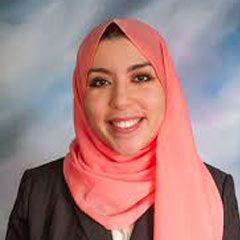 Maryam Sarhan is a recent graduate of Stockton University, where she earned a B.A in political science with a pre-law concentration. At Stockton, she served as Student Senate President and Student Trustee, and worked to advocate and empower her peers. She was also a student representative on the Hughes Center Steering Committee. Sarhan is currently based in Washington D.C. as a Congressional Fellow on Capitol Hill.