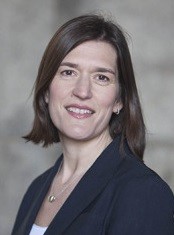 In the Spring of 2014, New York Times journalist Kate Zernike visited the Stockton campus. Zernike had lunch with undergraduate and graduate students, participated in a faculty roundtable with refreshments co-sponsored by the William J. Hughes Center for Public Policy,     and delivered her keynote lecture on “The Bridgegate Saga and New Jersey Politics”.

Zernike is a contributing author to Inside Charter Schools, published by Harvard University Press in 2001. Her awards for education reporting include the Education Writers Association prize for news feature reporting (2000) and the Benjamin Fine Award (1995). At the New York Times, she was a member of the team that won the 2002 Pulitzer Prize for Explanatory Journalism for its series "The Terror Threat."

Recently, Kate Zernike has covered New Jersey Governor Chris Christie’s Bridgegate crisis. Her talk at Stockton focused on this topic and its subsequent effect on New Jersey Politics. Zernike discussed her "Bridgegate" reporting on the ongoing investigation into allegations that lane closures on the George Washington Bridge last year were implemented by Gov. Christie’s then deputy chief of staff and political appointees at the Port Authority.