Danger at Home and Abroad

Hate Crimes and Terrorism: Danger at Home and Abroad 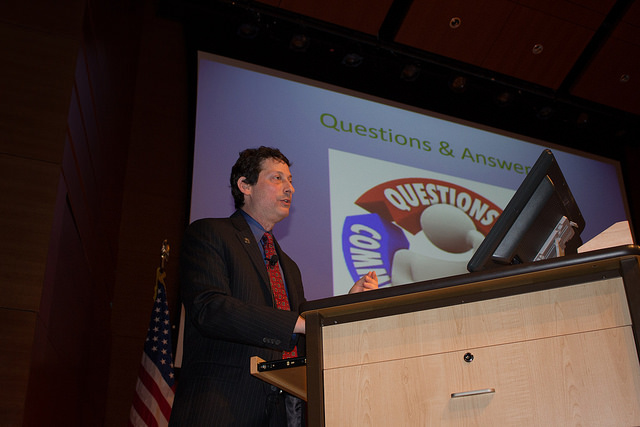 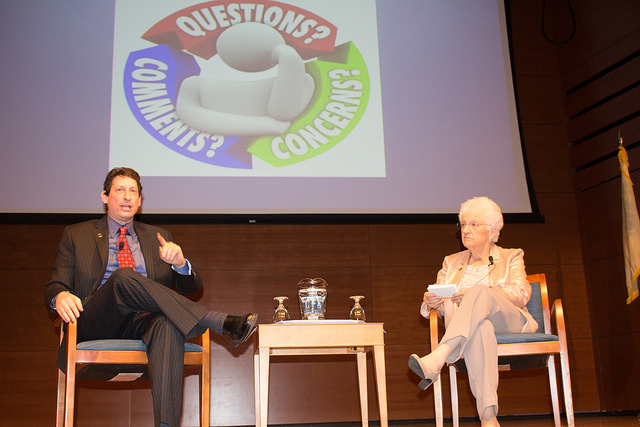 This article originally appeared in the Stockton Press Release on March 22, 2016.

“We are going to be hit again,” Brian Levin, a nationally known expert on hate crimes and terrorism from California State University San Bernardino, told the audience at Stockton University in a speech Monday night sponsored by the William J. Hughes Center for Public Policy.

Speaking on what turned out to be the eve of terrorist attacks that left at least 34 dead and 170 or more injured in Brussels, Belgium, Levin spoke about the risks the United States faces from terrorism and hate crime, both home-grown and international.
ISIS is the newest and most dangerous terrorist group in the world, he noted, and it regards the United States, the Vatican and the United Kingdom as its “most widely held enemies.” \

But terrorism and hate crimes are both on the rise, with hate crimes against Muslims and anyone who looks as though they might be Muslim spiking after a terrorist attack, he said. Levin noted that a poll showed 43 percent of Americans say they are prejudiced against Muslims and Republican presidential candidate Donald Trump has been quoted as saying, “I think Islam hates us.”
“We have to maintain good relations with the overwhelming majority of our Muslim population that is horrified” by these attacks, Levin said.

He criticized the political climate in which “leaders are promoting division with incorrect data and encouraging violence.”
“When leaders label others as “dangerous,’ it galvanizes and legitimizes the very kind of violent activity that we are trying to tamp down.” Levin said.

While he declined to make a prediction about the upcoming presidential election, he said in answer to a question from the audience that if there is another terrorist attack here during the campaign, “I think the pool of people who would want an authoritarian candidate, even if the policies are opaque or downright silly,” would increase.

“There will be a tolerance for intolerance, and that will be a scary situation.”

Levin also spoke about the rise in domestic hate crime.

While the FBI’s 2014 report lists 5,479 hate crimes in the United States, with 336 in New Jersey, “that is a massive undercount,” he said. When the Bureau of Justice Statistics polled people in their homes about whether they had been victims of a hate crime, more than 300,000 such crimes were reported.

Levin said 47 percent of the hate crimes reported are racially motivated, followed by those related to religion, sexual orientation and ethnicity. He noted that the Ku Klux Klan has more than doubled in size in recent years, partly as a result of the removal of the Confederate flag from South Carolina’s Statehouse after the racially motivated massacre of nine members of the Emanuel African Methodist Episcopal Church in Charleston.

Levin’s presentation began with video of him saving members of the Klan who were being attacked by black counter - protesters in Anaheim, Cal. last month. He said he received a lot of hate mail after that incident, but his rabbi told him he did the right thing. But, he was told, “don’t make a habit of it.”

Levin noted that there are 40 documented hate groups in New Jersey, including the A.C. Skins, which he said are active in Galloway, Egg Harbor, Atlantic City and Absecon.

He called on academia to encourage dialogue with those with whom one may not agree.
“The role of education is to learn to treat people with respect and dignity and to learn how to critically think.”
Levin was introduced by University President Harvey Kesselman, who noted that Levin was a criminal justice faculty member at Stockton from 1996 - 1999. Kesselman told the students in the audience that Levin’s speech would raise issues important for their futures: “It is not enough to simply be a good student, it is even more important to be a good citizen.”
Levin’s speech, “Hate Crimes and Terrorism: Danger at Home and Abroad,” was held in the Campus Center Theatre on Stockton University’s Galloway campus.

Levin has been sought out by numerous media throughout his career, and even more so since the December 2015 terrorist shootings in San Bernardino that left 14 dead and 22 injured. He is a professor and director of the Center for the Study of Hate & Extremism at Cal State. He also worked as a New York City police officer in the 1980s.

Levin has appeared at TEDx and on every American broadcast and cable news network, including on 60 Minutes, Dateline NBC, The Today Show, Good Morning America, the O’Reilly Factor, AC 360 and Hardball.
Levin is a court-certified expert on extremism in both the United States and the United Kingdom. He has testified before Congress and consulted for state and federal agencies including the FBI and Department of Homeland Security, as well as for universities and civil rights groups.

He is the author, co-author and editor of various books, scholarly articles, training manuals and studies on extremism and hate crime. He has written various “friend of the court” briefs for U.S. Supreme Court cases, including in the landmark case of Wisconsin v. Mitchell, where he presented criminological data establishing the severity and characteristics of hate crime.

“The Hughes Center is proud to provide this opportunity to the Stockton community and the public-at-large to hear from an academic expert and someone whose research drew him into an example of real world hate crimes,” said Daniel J. Douglas, director of the Hughes Center.