The Strange & Surprising History of the Second Amendment 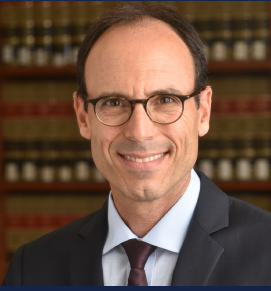 Professor Winkler is a specialist in American constitutional law and the Supreme Court. He is the author of We the Corporations: How American Businesses Won Their Civil Rights (2018) and Gunfight: The Battle over the Right to Bear Arms in America (2011). His scholarship has been cited in landmark Supreme Court cases on the First and Second Amendments, and according to a 2016 study he is one of the top twenty law professors for citations by the courts.  His popular writing has appeared in the New York Times, New York Review of Books, Wall Street Journal, Washington Post, Los Angeles Times, New Republic, Atlantic, Slate, Scotusblog, and Daily Beast. He is a frequent commentator about legal issues and has appeared on Face the Nation, CNN, NBC Nightly News, C-SPAN, Newshour, ABC News, All Things Considered, Morning Edition, and Marketplace. He also served as co-editor of the Encyclopedia of the American Constitution (2d Edition).  He is a graduate of the School of Foreign Service at Georgetown University and New York University School of Law, which honored him with the Legal Teaching Award for outstanding alumni in legal academia. He also earned a master’s degree in political science (American Political Development) from UCLA. He clerked for David Thompson of the United States Court of Appeals for the Ninth Circuit.

Sponsored by the Political Engagement Project/American Democracy Project, the William J. Hughes Center for Public Policy,
the Office of Service-Learning and the Office of the Provost.