With its designation as an Anchor Institution and its investment in the Atlantic City campus, Stockton University confirmed its commitment to the City. On November 21, 2017, the CRDA adopted new land use regulations for the Tourism District, which include the Gateway and Bader Field Districts.  This adoption includes the University District Overlay, which amends and effectuates land use enhancements within the Tourism District.

On July 18, 2018 the Atlantic City Council approved the designation of a University District surrounding the new Stockton University Atlantic City campus, stretching from the bay to the ocean in the historic Chelsea section of the coastal city.

The designation supports Stockton’s role as a state-designated Anchor Institution in the city. It is intended to promote investment and development in academic and related uses within the boundaries of the district, support a vibrant and diverse economic environment that will protect and enhance the long-term economic and social interest of City’s residents and maintain, and improve the City’s overall quality of life.

The new University District extends from Sovereign Avenue to Dover Avenue, and from the Boardwalk to the Inside Thoroughfare and comprises of sections of the Chelsea, Chelsea Heights and Lower Chelsea neighborhoods.  . It also crosses over the Albany Avenue Bridge to include and area between Albany Avenue and Trenton Avenue to West End Avenue, and almost 50 acres within Bader Field District.  The area also connects the Gateway and the Bader Field Districts. 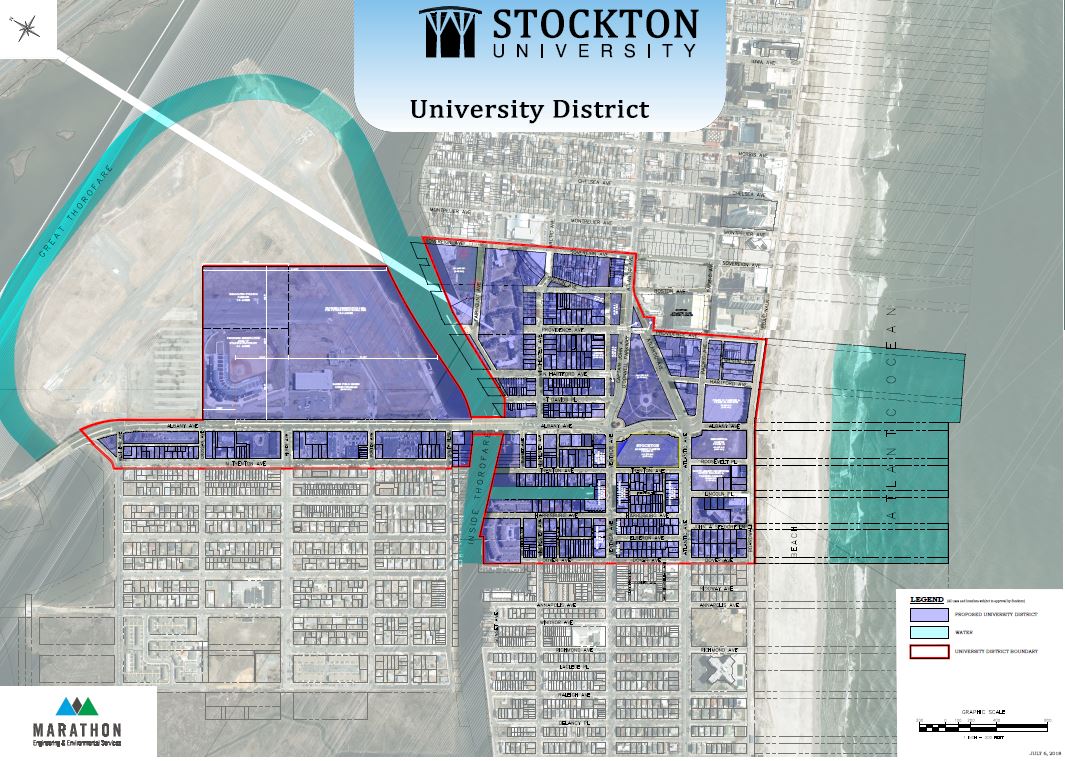 This map of Atlantic City sets forth the boundaries of the University District, including portions of the District that are within the jurisdiction of the City and the Casino Reinvestment Development Authority (CRDA).

Purpose of the University District

The University District Does NOT

Chelsea Neighborhood is home to some of the best Hispanic restaurants are offering authentic dishes featuring a diverse selection of South and Central American food.