Encouraging from the Heart

Encouraging from the Heart

Michael Levine '01 is making a difference in the lives of children in Newark, N.J. 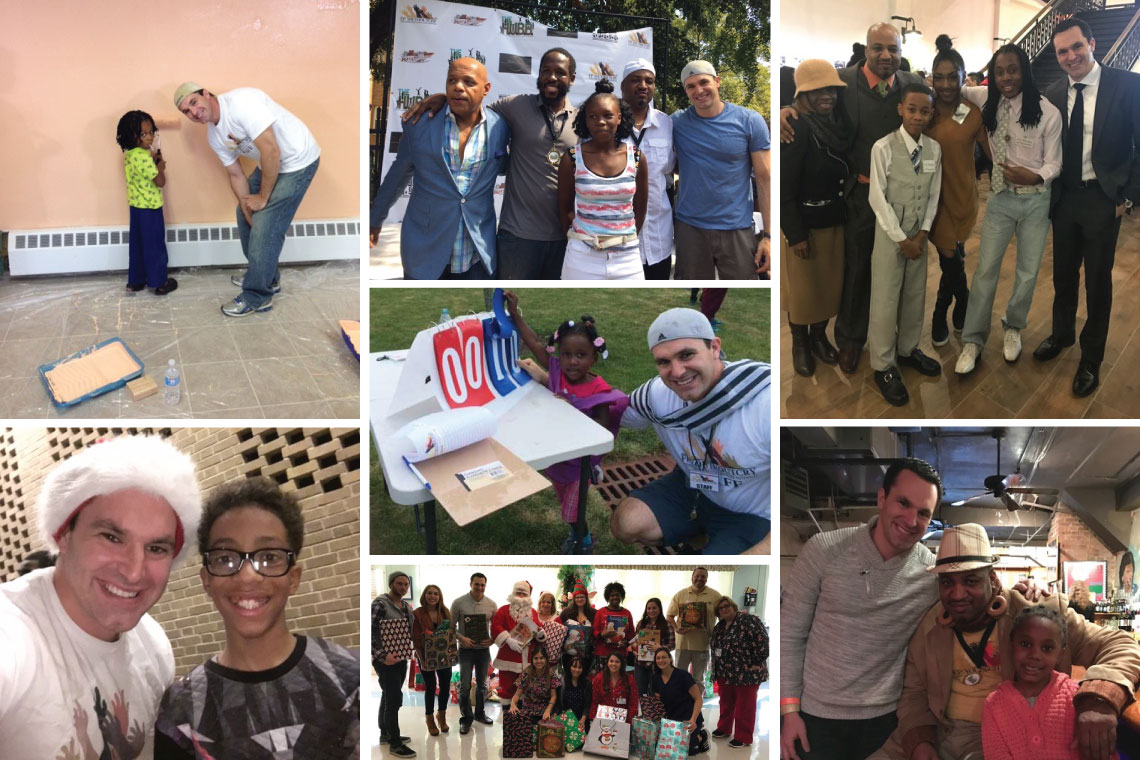 Michael Levine serves as chairman of the board of directors of Future Potential, YouthOutCry Foundation.

Michael Levine has a head for business and the heart for social work. Though it may seem an unlikely pairing, the 2001 graduate has turned his double major into a successful career and meaningful nonprofit organization.

As chairman of the board of directors of Future Potential, YouthOutCry Foundation, Levine is making the difference in the lives of children in Newark, N.J. He helped found The HUBB (Help Us Become Better) Community Empowerment Center, a subsidiary of FP YouthOutCry. Entering its 12th year, the center offers a place for the community to grow, through entertainment, education and empowerment programs.

“I realized the only way to help kids in a really bad environment is to make change in that environment,” Levine said. The HUBB is strategically located on the first floor of a Prince Street housing complex in Newark’s Central Ward.

And that suits Levine. “I have my hands in everything,” he says, rattling off a list of programs like financial literacy, art workshops and a trauma recovery center that not only benefit youth, but their parents and the community. Youth can head to The HUBB after school and use a recording studio to write and produce their own music in the center's Rhymes for Reasons programs.

While the programming does its best to make learning fun, the underlying motives are not. The average age a youth is recruited to a gang is 12 years old, Levine explained, and they experience tragedy they do not have the skills to process at a young age.

“A federal grant we received provided funds to start My Thoughts Out Loud, a program where kids can speak their minds freely. Kids can talk about how they deal with a troubling situation, or seeing a friend killed or a parent going to jail,” Levine said.

While many services are free, others come with a cost to reinforce the message that “not everything is a handout, they have to work for it,” he said.

Thousands come through the center each year; some just for help with the holidays, clothing needs or food. Some are there every day.

“Several have gone to college and gotten very good jobs. Some have come out of gangs. The biggest success for me is seeing a family get on their feet,” he said.

“The biggest success for me is seeing a family get on their feet. ”— Michael Levine '01

One success is Nyeeam Hudson, 12. Hudson was active in HUBB programming and is now a sought after motivational speaker known as King Nahh.

“His launch started during a speech at our community center. We could hear a shooting outside as he was speaking,” Levine said. “He was interviewed by reporters and found a bigger calling.”

But not all HUBB stories end with success.

“We’ve lost kids,” Levine recalled. “Several years ago, Rhymes for Reason was shut down for a couple of months, and one kid went back [to a gang.] He was killed in a drug-related incident.”

These stories push Levine harder. “They give you the mission to work longer and stronger, and keep kids in programs.”

He credits Stockton with opening his eyes to how he could have an impact on others through his Social Work internships. “I saw potential in people that others wouldn’t,” Levine said. “That got me thinking about what I could do.”

Levine, 38, also puts his Stockton degrees to work in his day job as managing director of Greystar’s Senior Living Division. Prior to that, he was vice president of sales and marketing for Chelsea Senior Living communities and area manager at Sunrise Senior Living.

A Morris County native, Levine discovered Stockton on his search for the right college. He fell in love with the area and the small class sizes. “From day one, I thought there was a true sense of community and guidance.”

In the future, Levine hopes to return to his Stockton roots and open a HUBB in Atlantic City where he completed his social work internships as a student.

Learn more about the School of Business.

Learn more about the School of Social & Behavioral Sciences.

Previous storyNo Paws Too Small
Next storyThe World as a Classroom
©