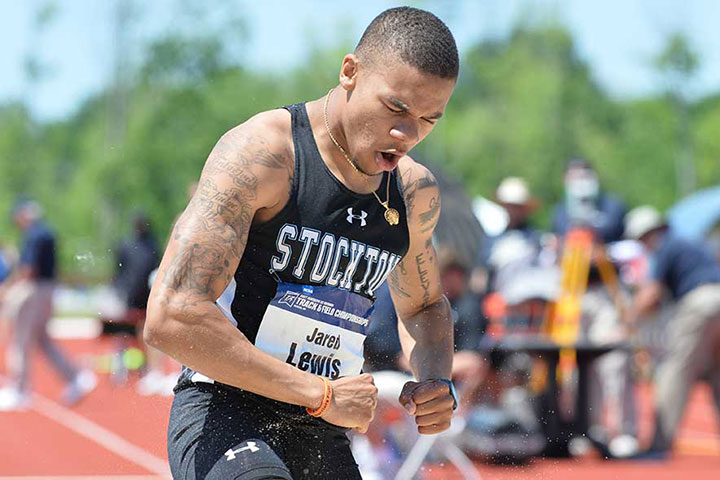 In Case You Missed It:

Jared Lewis ’18 graduated from Stockton University in May with his bachelor’s degree in Hospitality & Tourism Management, and notably was the most decorated student-athlete in Stockton’s history.

Lewis won two NCAA championships in the indoor triple jump and earned nine All-American honors. He also qualified for the NCAA Championships in all eight of his seasons (four indoor, four outdoor) and was the NCAA runner-up in the triple jump twice in addition to his two national titles.

Lewis was recognized by the publication Diverse: Issues in Higher Education as an Arthur Ashe Jr. Sports Scholar twice, as well. 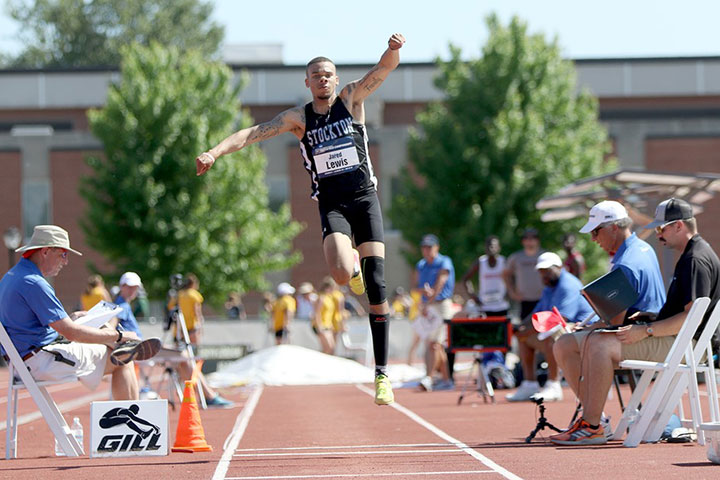 Jared Lewis ended his career with his ninth All-American Honor with a fifth-place finish in the triple jump at the NCAA Division III Outdoor Track & Field Championships. | Stockton Athletics

Lewis is currently attending the California University of Pennsylvania pursuing his master’s degree in Sports Management with a goal of securing a full-time track and field coaching position at a university. In step with his goal, he is now the Graduate Assistant Coach for the Track and Field and Cross-Country Program at Cal U. He credits his vast accomplishments at Stockton with leading him to his current coaching role where he can do what he loves.

“I have the chance to be around the sport of track and field, sharing my experiences and coaching students to become better athletes and individuals, while also getting my master’s degree. I am extremely grateful for the support I received while attending Stockton University,” Lewis said. “After many years of coaching, if my plan stays the same I would like to pursue an administrative role of athletics, with hopes of possibly becoming an athletic director for an institution.”

Lewis hopes to begin training again and jumping in a few track meets this year to see if he can improve some of his personal best performances.

“I am extremely excited to finish my degree this summer and begin coaching at a university. Maybe a position will open up at Stockton University one day, and I will have the opportunity to pursue a position at my alma mater,” Lewis said.