The Dedication officially launched an institute that provides a forum for public policy discussions and studies of the gaming, hospitality and tourism industries in the region, and featured a keynote address by Frank J. Fahrenkopf, Jr., president and CEO of the American Gaming Association. Fahrenkopf gave an overview on the state of the gaming industry worldwide.

“It’s humbling to see this kind of a turnout and to see the Institute is already having a positive impact,” said Levenson, a prominent area attorney and chair of casino law department and chief executive officer of Cooper Levenson Attorneys at Law. “The Institute’s Executive Director, Israel Posner, has been widely quoted in the media on matters regarding gaming and hospitality and we look forward to continued public dialog and education of Stockton students as a component of the School of Business.”

According to Stockton President Herman J. Saatkamp, Jr., “The Institute engages our faculty, students and others in research, conferences and studies to support sound decision making among policy makers and leaders in the region’s three largest industries.”

The dedication also marked one of the first public events at the Seaview Resort, which Stockton recently purchased as part of a planned expansion of its hospitality and tourism management academic programs.

“The Institute represents Stockton’s ongoing partnership with the hospitality and gaming industry in the economic and social vitality of our area,” Posner said. “It will provide students and faculty the opportunity to study the issues facing the industry and to relate their findings to the public, but also prepare students interested in careers in these industries with important knowledge and know-how they’ll need to be successful.”

During his remarks, Fahrenkopf praised the formation of the Institute as “an incubator of business and ideas” for gaming, hospitality and tourism. “The gaming and hospitality industries and New Jersey owe a debt of gratitude to Lloyd and Stockton for their commitment and vision in establishing this Institute,” he said.

The event also included the unveiling of a plaque that will grace the Institute’s presence at the College’s satellite center at the Carnegie Library Center in Atlantic City, followed by a reception. 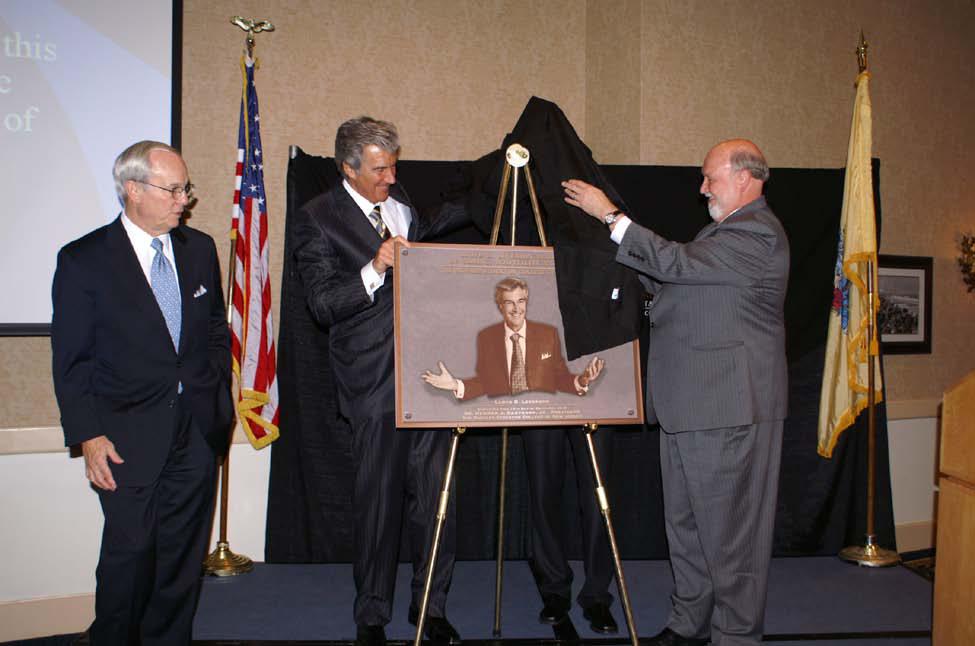