Out of this Word Experience

Out of this World
Experience

A scientific experiment designed by two female students is headed to the International Space Station. 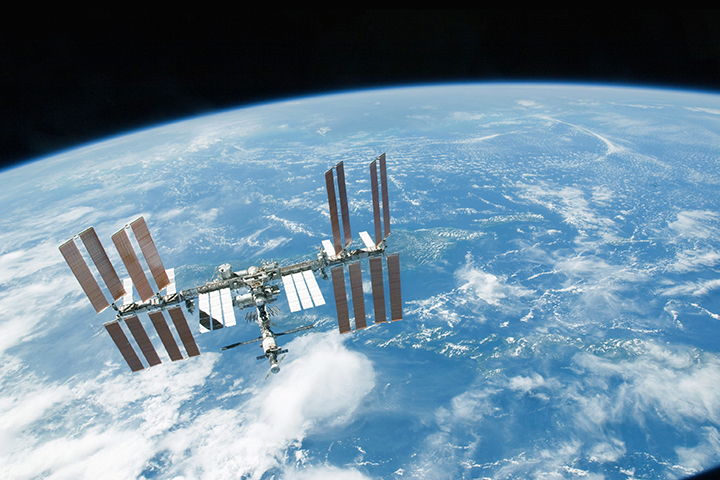 On Earth, some plant roots and fungi form mutualistic relationships, known as mycorrhizae, that result in increased plant growth. Two female students from Stockton designed an experiment to determine if the same holds true in a microgravity environment, where gravity is nearly absent.

Long-term space travel and the need for astronauts to sustain their food supply in space, led Danielle Ertz and Valkyrie Falciani with faculty mentor Tara Luke, associate professor of Biology, to study fungus as a potential force for improving agriculture in space.

Their experiment, “Spores in Space: The Effects of Microgravity on Endomycorrhizae,” was chosen by the National Center for Earth and Space Science Education (NCESSE) to go to the International Space Station (ISS) as part of Mission 11 of the Student Spaceflight Experiments Program (SSEP). 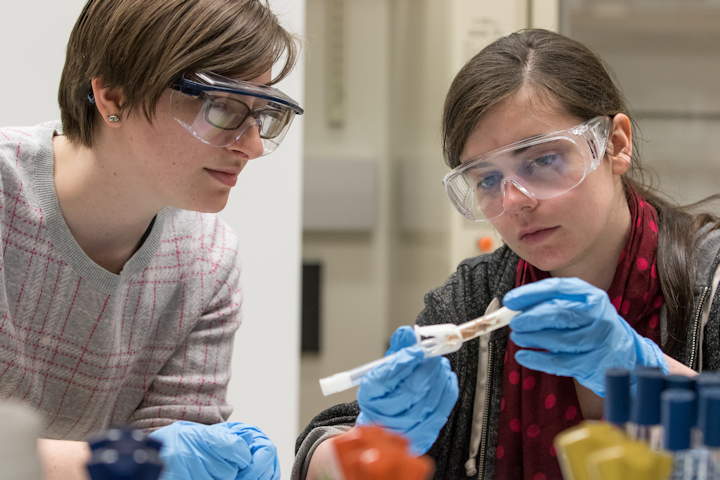 Valkyrie Falciani and Danielle Ertz set up an experiment that will be sent to the International Space Station in August.

This past semester, Ertz, who graduated in May with a degree in Biology, and Falciani, a Marine Biology alumna now in the Teacher Education program, worked with Francisca Ekekwe, Ariel Petchel, Chedecia Lowe and Megan Pierce, to prepare the experiment for transport to the ISS aboard the Space X Dragon, a free-flying spacecraft. Ekekwe, Lowe and Pierce graduated in May with Biology degrees and Petchel is a sophomore Marine Science major.

The experiment uses a mycorrhizal fungus species and flax. Flax was chosen because it is versatile and its seeds are edible. The plant’s extensive taproot system allows growth in limited space and it is proven to grow in outer space.

The mycorrhizal fungus absorbs carbohydrates from the plant, and the plant absorbs minerals from the fungus.

The experiment consists of a fluid mixing enclosure (FME) mini-lab or small test tube that will hold enough water, fungi spores and flax seed to grow for four to six weeks on the ISS.

The same experiment will be conducted on Earth simultaneously as a scientific ground truth for later comparison. “One of the biggest challenges we faced was making sure our idea would work within the apparatus. The entire experiment had to fit inside a small test tube,” Falciani explained.

Luke, who last summer explored the marine life inhabiting the deepest place on Earth, the Marianas Trench, is excited to be exploring a new frontier. She said, “All exploration is my interest and I’m just as excited as the students to see the experiment go 249 miles to the ISS.”

Ertz said, “It feels a little surreal that something that I helped think of is actually going to the ISS, but I’m also really glad and excited. Planning the experimental procedure was a challenge, but it was rewarding working as a member of a team because we were able to bounce ideas off of each other and find solutions.”

Previous storye-STEAM Leaders
Next storyHats off to our Recent Grads
©