Where are they Now?

Sandra J. Mueller ’80, warden of the Ocean County Department of Corrections, discussed Stockton University’s impact on her career after being presented the Distinguished Alumni Award during the Psi Chi Research in Psychology Conference on April 20. Mueller had worked in the casino industry and as a construction worker in Atlantic City prior to becoming an inmate counselor in Ocean County. “Everything I studied at Stockton is important to where I am. I arrived on this campus as one person and left completely changed,” Mueller said. “That is a sign of a great education." Mueller earned a B.S. in Psychology from Stockton.

Cookie Till ’83 of Steve and Cookie’s was recently named a James Beard Award semifinalist for “Outstanding Restauranteur.” Till received her bachelor’s degree in Liberal Studies from Stockton.

Michael D. Bell ’88 is a realtor with Century 21 Schmidt Real Estate in Venice, Florida, and achieved top in sales in 2019. Upon graduating from Stockton, Bell began his career with the State of New Jersey, Department of the Treasury. He obtained his CPA license in 1992. He then relocated to Florida in 2016 and obtained his real estate license in 2017. He enjoys assisting buyers and sellers in Florida, as well as those relocating from throughout the United States, Canada and Europe. Bell received his bachelor’s degree in Business Studies from Stockton.

Ned Gaine ’02, an Atlantic County aquaculture farmer, was chosen as New Jersey’s 2020 Outstanding Young Farmer by the New Jersey State Board of Agriculture. Gaine and his wife, Olga, are one of 10 finalists for the National Outstanding Young Farmer Award. He was recognized for the New Jersey honor at the 2020 New Jersey State Agricultural Convention in Atlantic City. Gaine received his bachelor’s degree in Marine Science from Stockton. 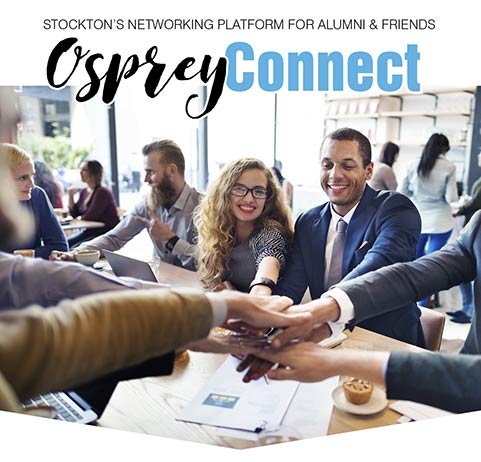