About the Carnegie Center 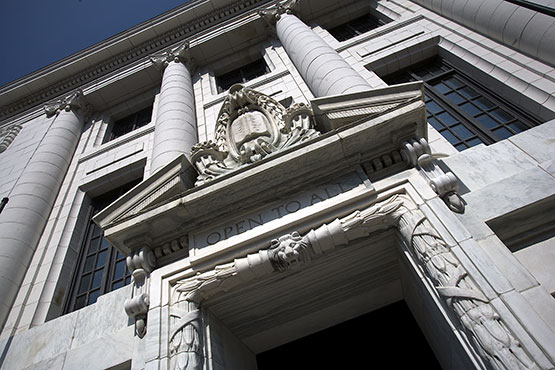 Stockton University - Carnegie Center was named one of the top 150 Buildings and Places in New Jersey by the American Institute of Architects of New Jersey. Other buildings and places named include Atlantic City's Boardwalk and Boardwalk Hall, the George Washington Bridge, the State Capital Complex in Trenton, and the Statue of Liberty. The list was compiled from nominations received from members of New Jersey's architectural and historical communities, and coincides with the 150th anniversary of the establishment of the American Institute of Architects.

Stockton University, the Casino Reinvestment Development Authority (CRDA), and the City of Atlantic City collaborated in restoring the historic Carnegie Library in Atlantic City. The renovated and expanded Beaux-Arts building, provides the University with modern facilities in the heart of Atlantic City.

Renamed the Carnegie Center, it hosts the Small Business Development Center, continuing professional education programming, and special events relevant to the needs of Atlantic City and its surrounding region. A multi-use facility, Carnegie serves the University and the residents of Atlantic City and region as an educational and instructional facility, a meeting place, a conference center, and through community outreach

This architectural treasure, originally completed in 1904, was a gift to the residents of Atlantic City by steel magnate and philanthropist Andrew Carnegie. The building served as the municipality’s Public Library for more than eighty years. Abandoned after the Atlantic City Free Public Library moved to a modern facility in 1985, the Carnegie Library was acquired from the City of Atlantic City by CRDA in the mid-1990’s. Undergoing more than $5 million dollars in renovations and improvements the now over 9,000 square-foot Library Center serves as Stockton’s gateway to Atlantic City. 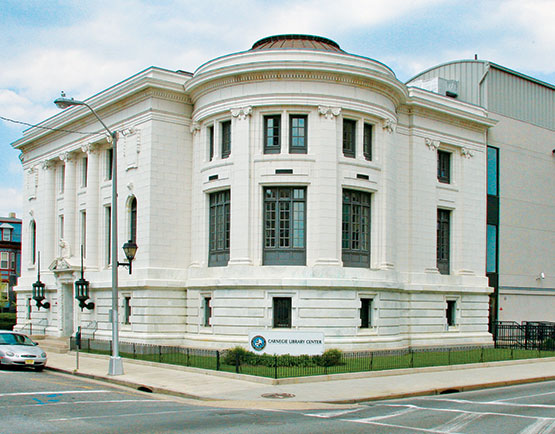 Located one block from the World Famous Atlantic City Boardwalk, this three-story building, with its turn-of-the-century architecture, including its granite, marble, and terra cotta exterior, terrazzo floors, scagliola finished columns, and marble and iron staircases, continue Carnegie’s vision of learning and commitment to the community. The Center serves as a central means by which Stockton fulfills its continued responsibility of civic engagement. As the only public four-year institution of higher education located along the Jersey Shore, the building provides the University with a physical presence in Atlantic City for the first time in more than 30 years.

From Sussex County down to Cape May, New Jersey architecture is more than just the shape of the structures we work and live in. It is an art form representing our hopes, our values and our dreams. In short, it is a reflection of us,” Edward N. Rothe, an American Institute of Architects spokesman, said in a press release. “With this in mind, each of the sites on the AIA of NJ's Top 150 Buildings and Places represents the finest architecture."